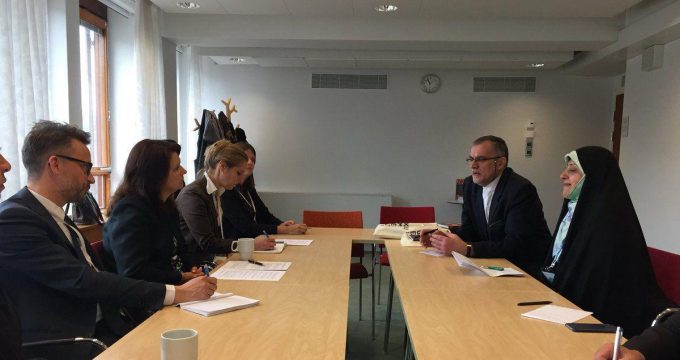 Linde made the remarks Tuesday in Stockholm during a meeting with visiting Iranian Vice President on Women and Family Affairs Massoumeh Ebtekar.

She reiterated the fact that Iran role in a chaotic region like the Middle East is effective and constructive.

Based on the International Atomic Energy Agency (IAEA) report Iran has complied with its commitments under the JCPOA, she said.

The Swedish minister urged the international community to support Iran.

Ebtekar, for her part said that commitment by all parties involved in the JCPOA is necessary for maintaining peace and security in the international community.

As she wrote on her Twitter account the two-day trip to Sweden aimed at collaborating on economic empowerment of women and exchanging experiences and views.