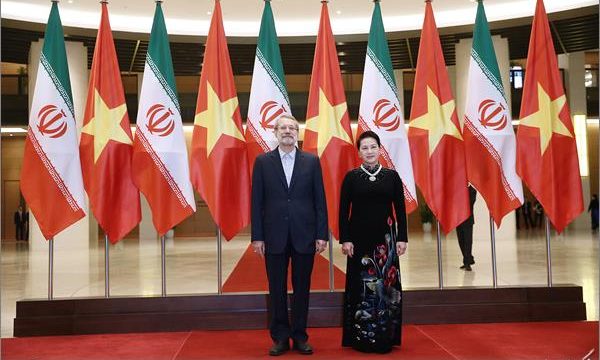 Mizan| Mohsen Norouzifard: Larijani, who is visiting Vietnamese capital for parliamentary cooperation, told reporters before leaving Tehran that his two nation tour of Vietnam and Sri Lanka is to expand Iran’s cooperation with the two countries in various fields including parliamentary ties. Iranian Parliament Speaker Ali Larijani met and talked with Vietnam’s National Assemly Chairwoman Thi Kim Ngan in Hanoi today. On the sidelines of the meeting, Larijani told reporters that in the meeting with his Vietnamese counterpart, they had discussed expansion of trade, cultural, tourism relations and removing the obstacles ahead of their bilateral relations as well as issues relating to world security.