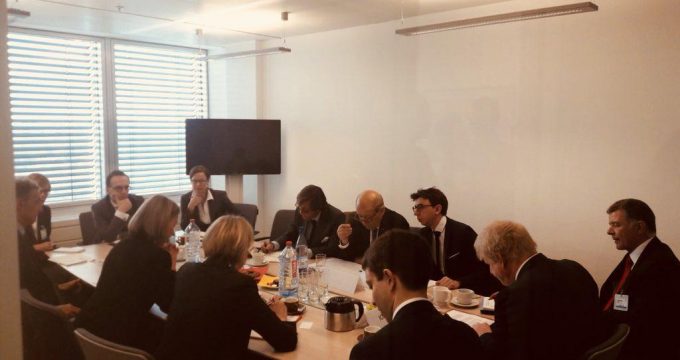 The two spokesmen of the European Union have said that in their meeting the EU foreign ministers discussed the policies of supporting Iran nuclear deal, officially known as Joint Comprehensive Plan of Action (JCPOA).

He also said that Iran’s presence in the region and missile program should also be dealt with.

Mogherini said that keeping the deal is crucial for the EU, adding that there are still some non-nuclear related sanctions but there is no resolution to add any more sanctions on Iran.

US President Donald Trump had announced that the US will quit the deal on May 12 unless ‘the disastrous flaws’ of the deal are fixed.