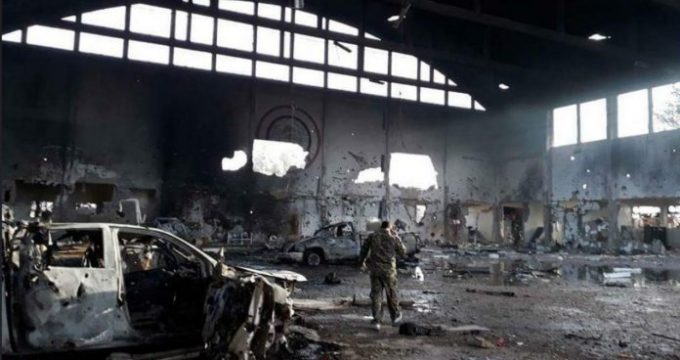 Speaking in a weekly press conference on Monday, Bahram Qassemi said, “The aggression on Syrian soil is illegal. That is because of Israel’s hostile policies vis-à-vis the Muslim people in the region, and Israel will receive the necessary response sooner or later. They cannot take an action [as such] with impunity.”

Qassemi also condoled with the families of the Iranian military advisors killed in the Israeli strike.

He expressed condolences to the families of the beloved Iranian military advisors, and warned Tel Aviv that “gone are the days of ‘hit and run’ for Israel.”

“Resistance forces in the region are able to respond at the right place and the right time.”

He said no legal action has been taken in this regard, but some [related] issues have been discussed.

Israel struck the T-4 Airport in the city of Homs a few days ago. At least seven Iranian military advisors were killed in the incident and several others wounded.