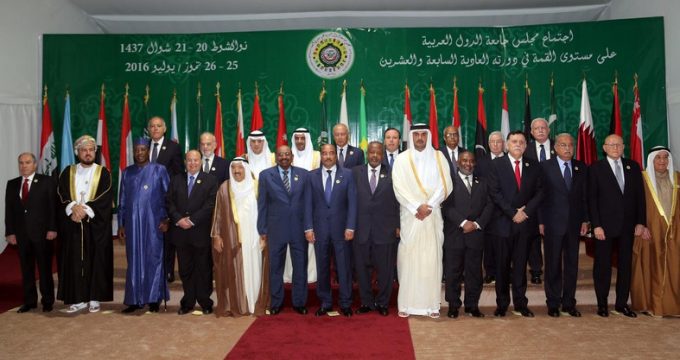 IRNA – A statement issued at the end of the 29th Arab League summit in Dhahran, Saudi Arabia once again raised unfounded accusations against the Islamic Republic of Iran.

The statement read out by Saudi Foreign Minister Adel Al-Jubeir accused Tehran of ignoring international regulations, urging it to stop sending missiles for Houthis in Yemen.
Tehran has denied sending arms or missiles to the Yemeni people arguing that the impoverished country is under siege of Saudi Arabia and its allies from land, sea and air and so it is not possible to send anything to the people of that country.
The statement once against supported the United Arab Emirates’ claim to ownership of three Iranian islands in the Persian Gulf and urged Tehran to give an affirmative response to a UAE demand for holding negotiations on the islands or agree to refer the case to international courts.

This is while, the Islamic Republic of Iran has time and again announced that the three Persian Gulf islands of Abu Musa, Greater and Lesser Tunbs are integral parts of its territory and are not negotiable.

In part of the statement, the leaders of AL Member States reiterated that peace is the only option for solving the Palestine issue and said the peace plan already offered by the Arab countries still stood.

The statement also called for peaceful settlement of the Syrian crisis while at the same time condemning the government of President Bashar Assad for its alleged use of chemical weapons against civilians, a claim that has been denied by Syria.

It also welcomed the peaceful settlement of Yemen crisis and voiced support for national dialogues in that country.

The Arab League summit while condemning the attacks of Yemeni army and popular committees against Saudi cities called the airstrikes of the Saudi-led coalition forces against Yemeni people legal.

A large number of Yemeni people including women and children have been killed and many others wounded in the air raids by Saudi Arabia and its allies against Yemeni cities and other civilian targets in Yemen over the past few years.

Saudi Arabia and its allies launched an aggression against Yemen in March 2015 in a bid to return to power the deposed Yemeni president Abdrabbuh Mansour Hadi.

Meanwhile, French President Emmanuel Macron sent a letter to the 29th Arab League summit in which he called for enhancement of relations between France and Arab countries.