Iran Front Page- IFP has taken a look at the front pages of Iranian newspapers on Saturday, April 15, and picked headlines from 21 of them. IFP has simply translated the headlines and does not vouch for their accuracy.

The US-led coalition’s Saturday airstrikes on Syria was the top story in all Iranian papers today. The headlines today were mostly dedicated to remarks made by the Leader of Iran’s Islamic Revolution Ayatollah Seyyed Ali Khamenei and Iranian President Hassan Rouhani, and a statement by the Islamic Revolution Guards Corps (IRGC) about the attacks.

Iran’s strategic alliance with Russia and the comments by Sayyid Hassan Nasrallah, the secretary-general of the Lebanese Resistance Movement Hezbollah, about the recent Israeli attack on the T-4 airbase in Syria’s Homs were among other top stories today. 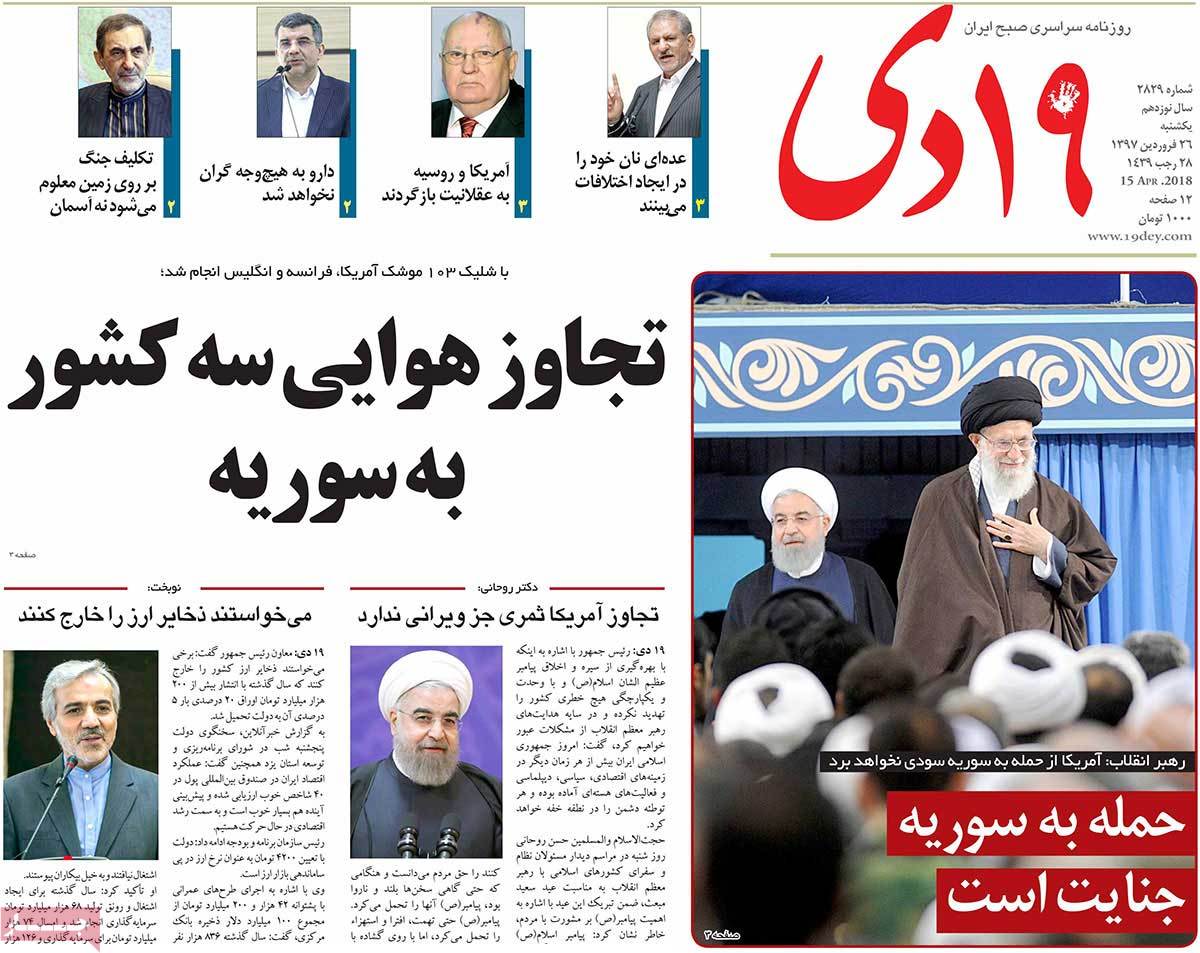 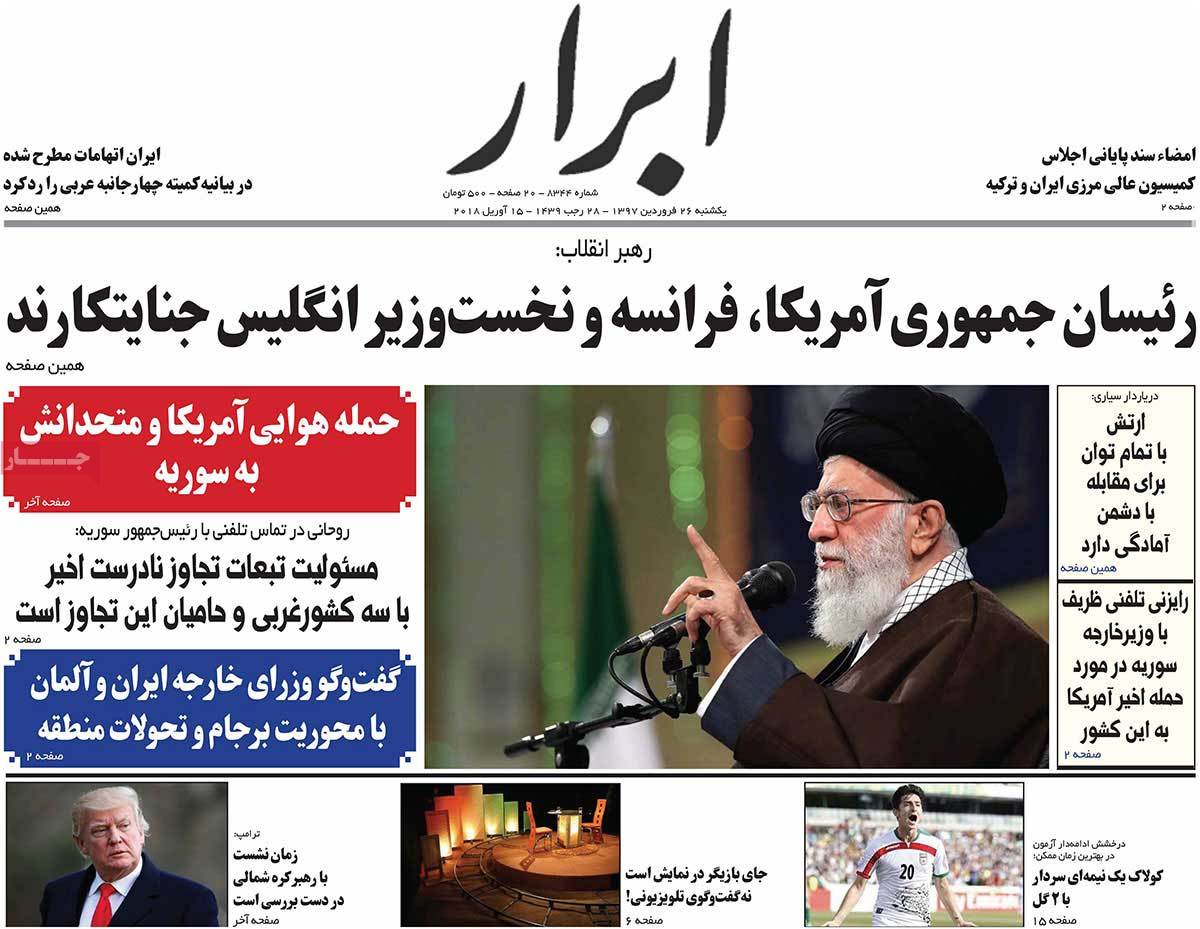 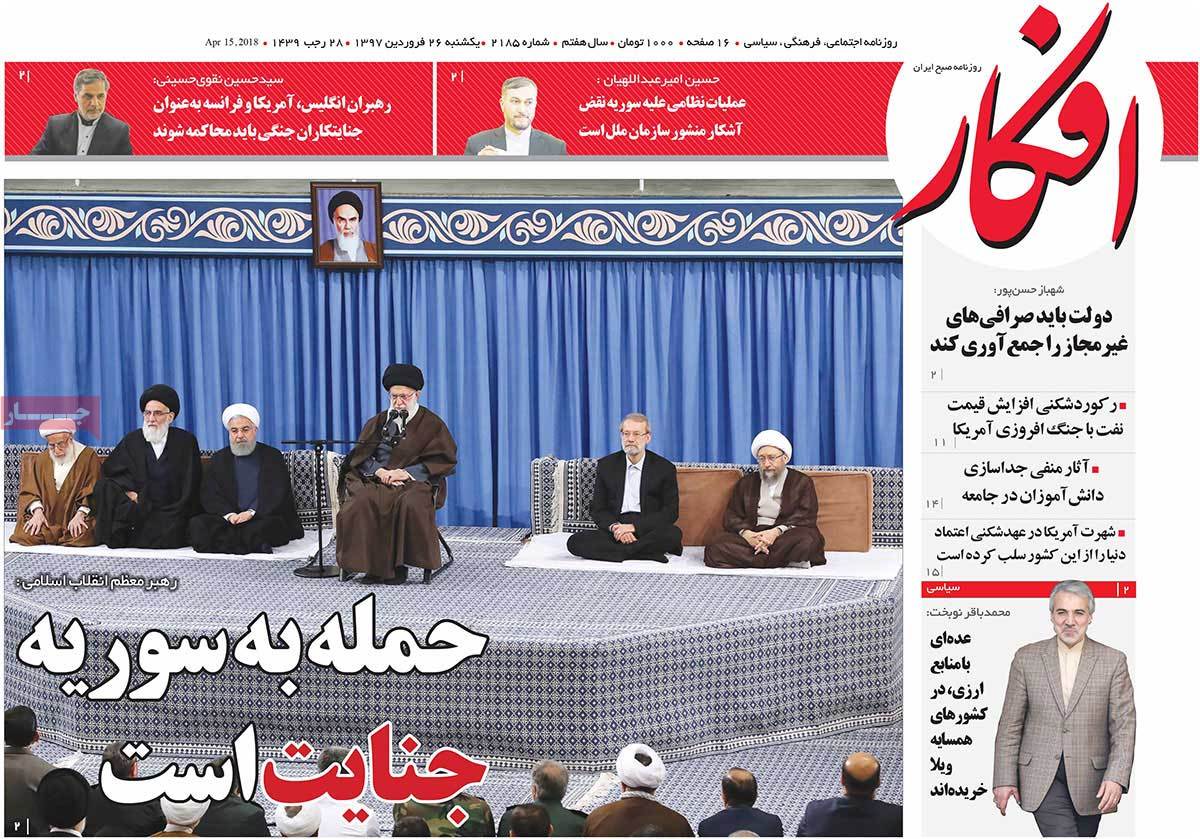 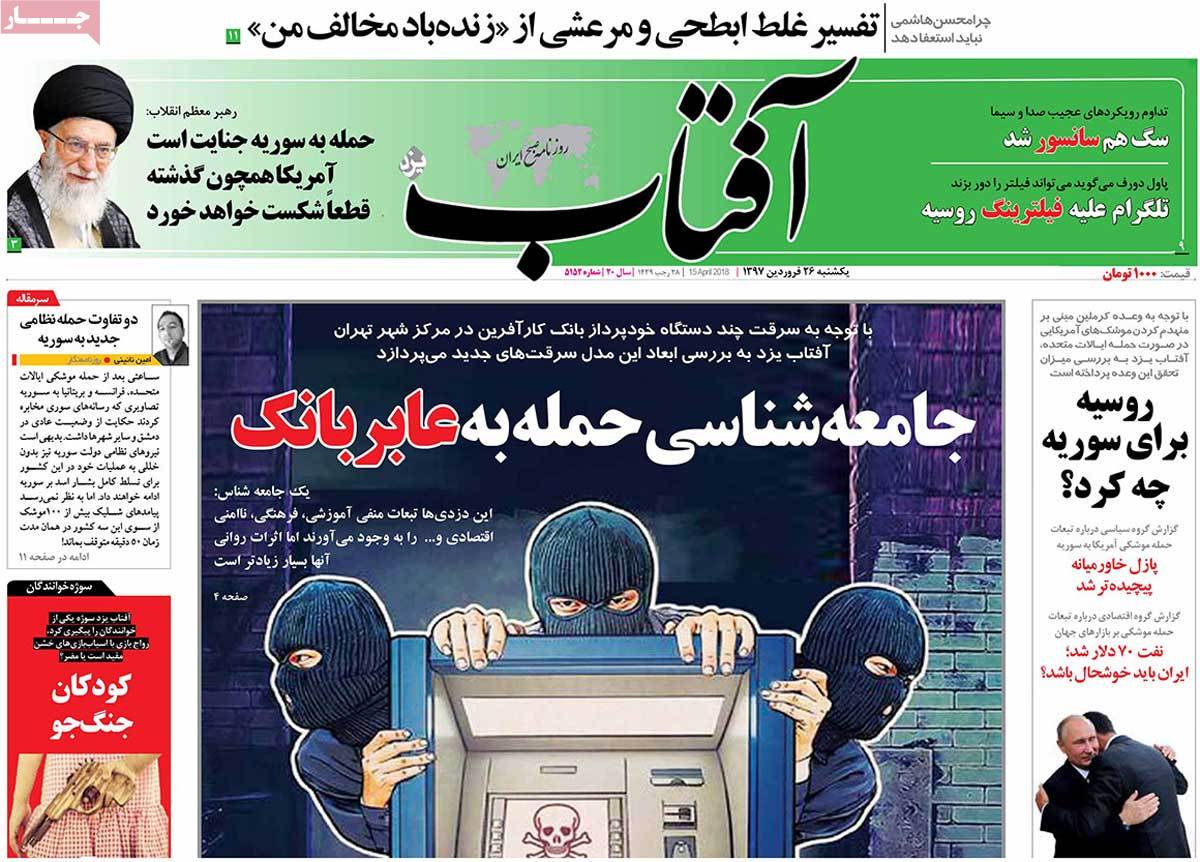 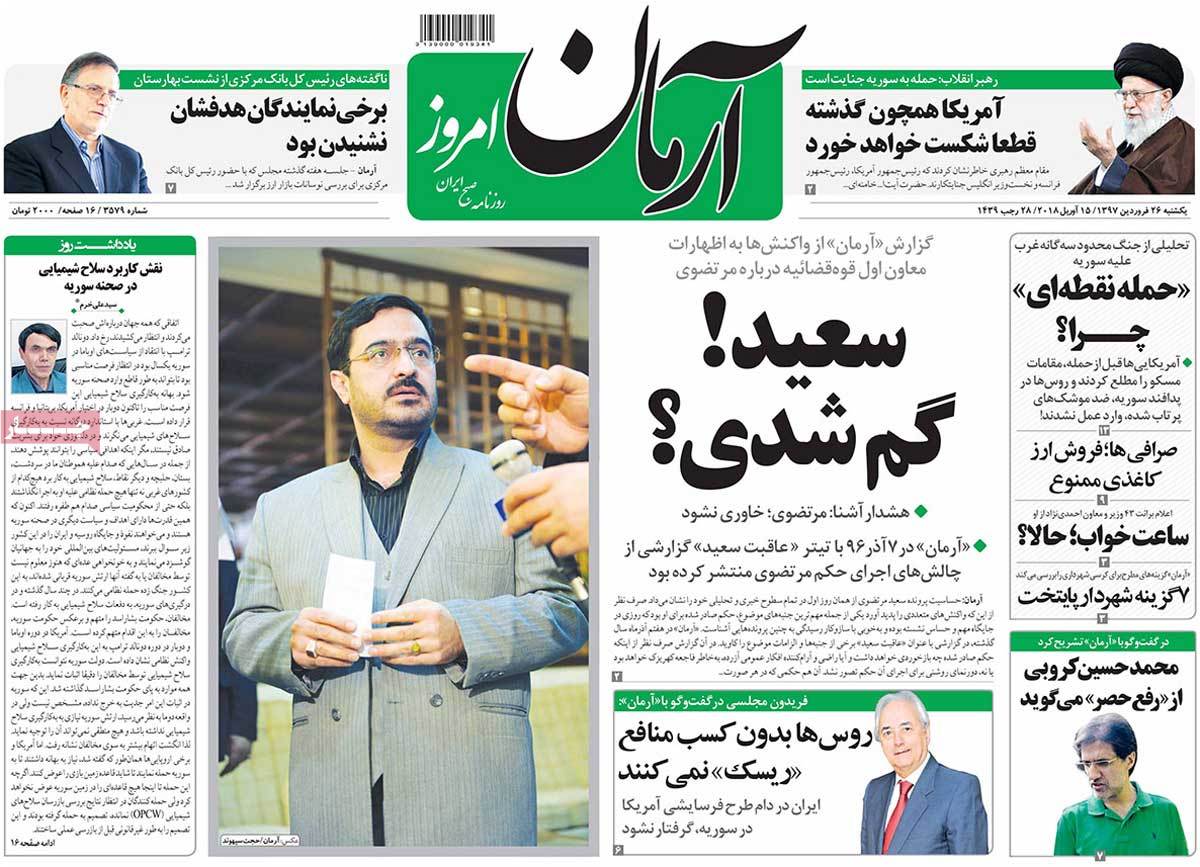 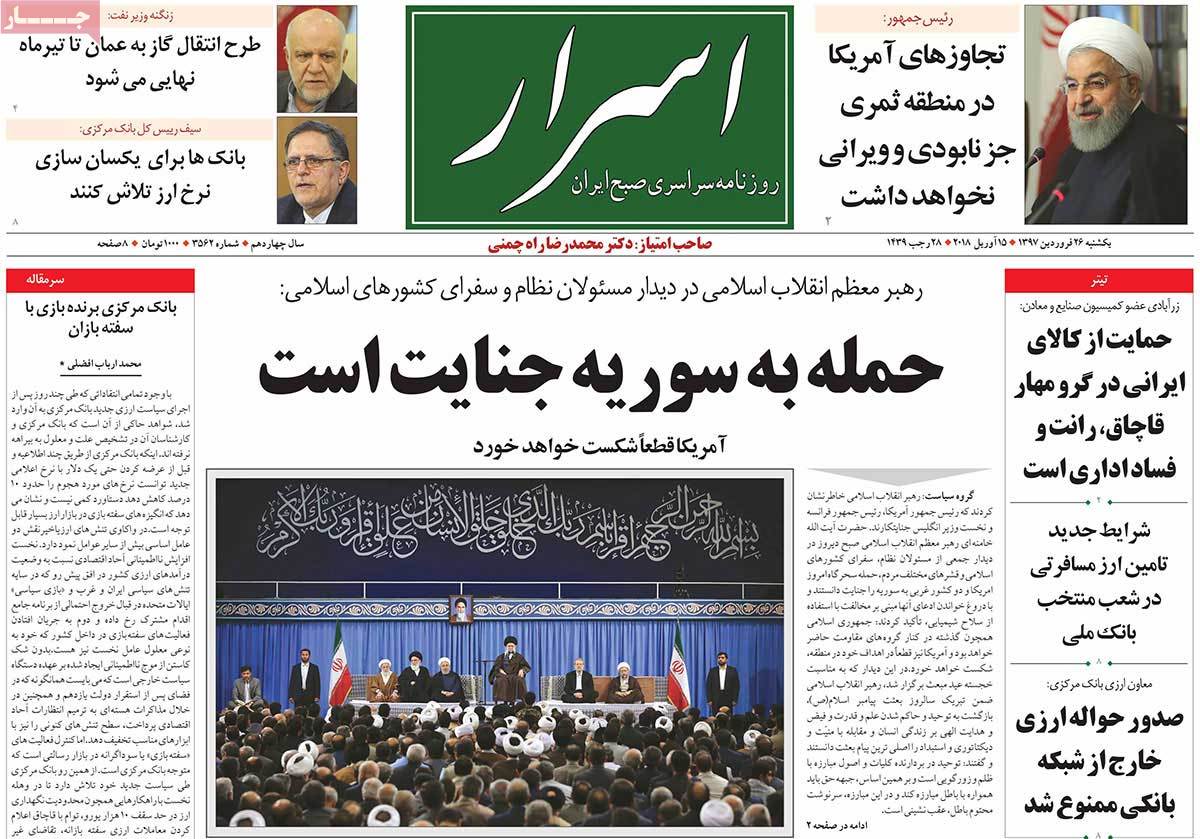 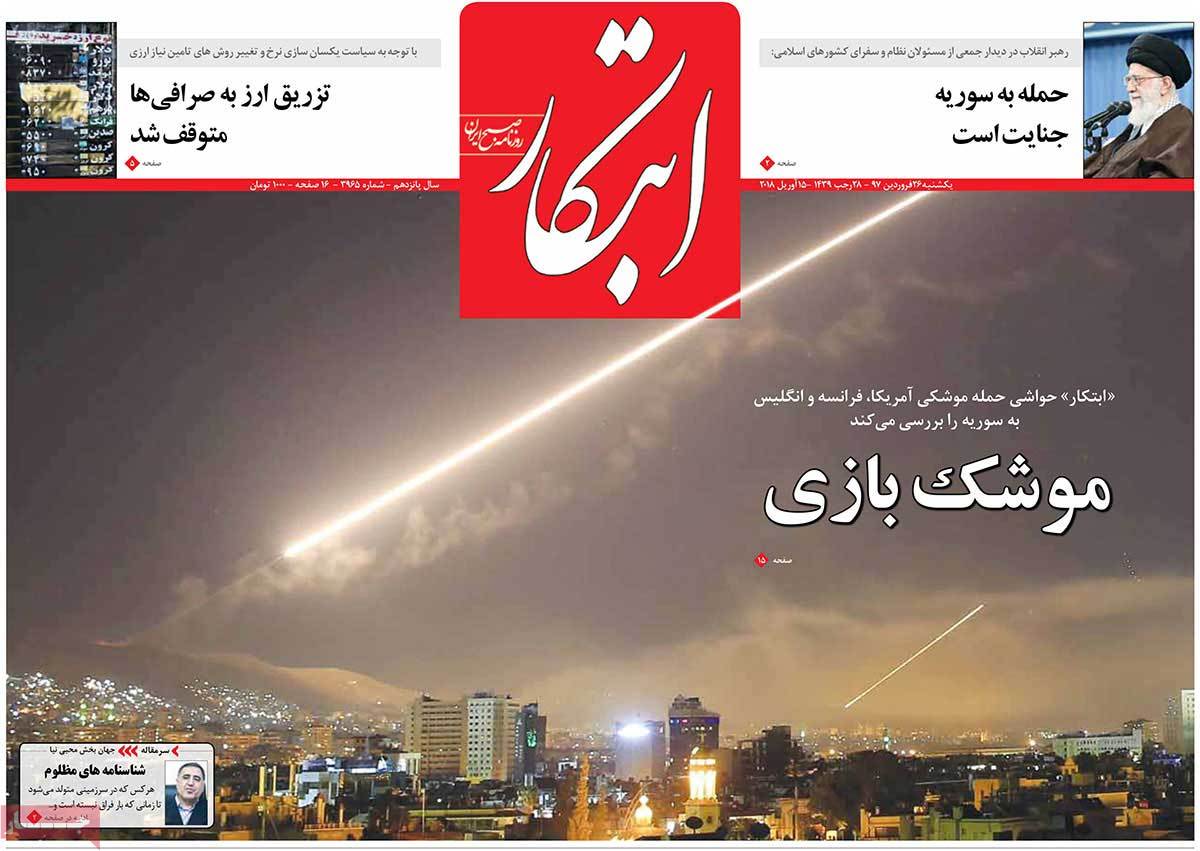 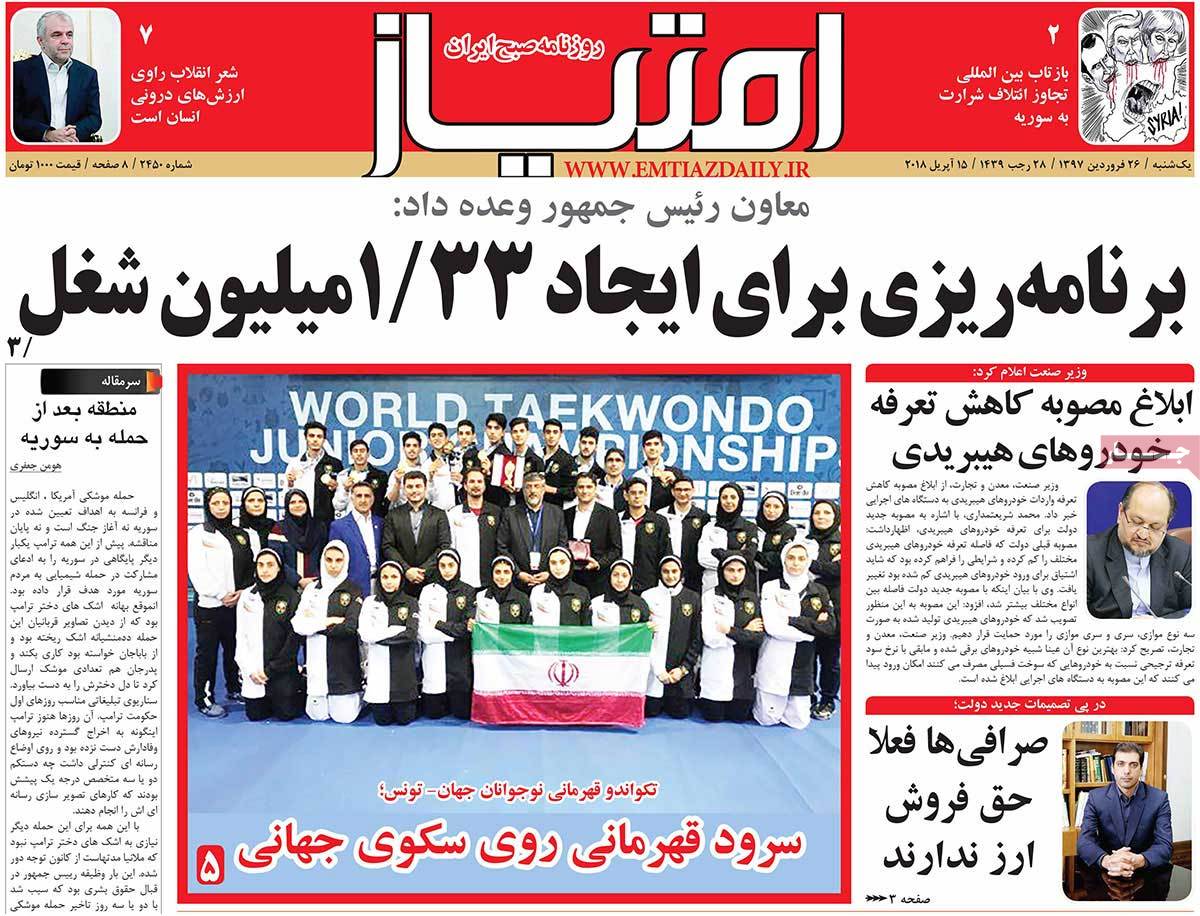 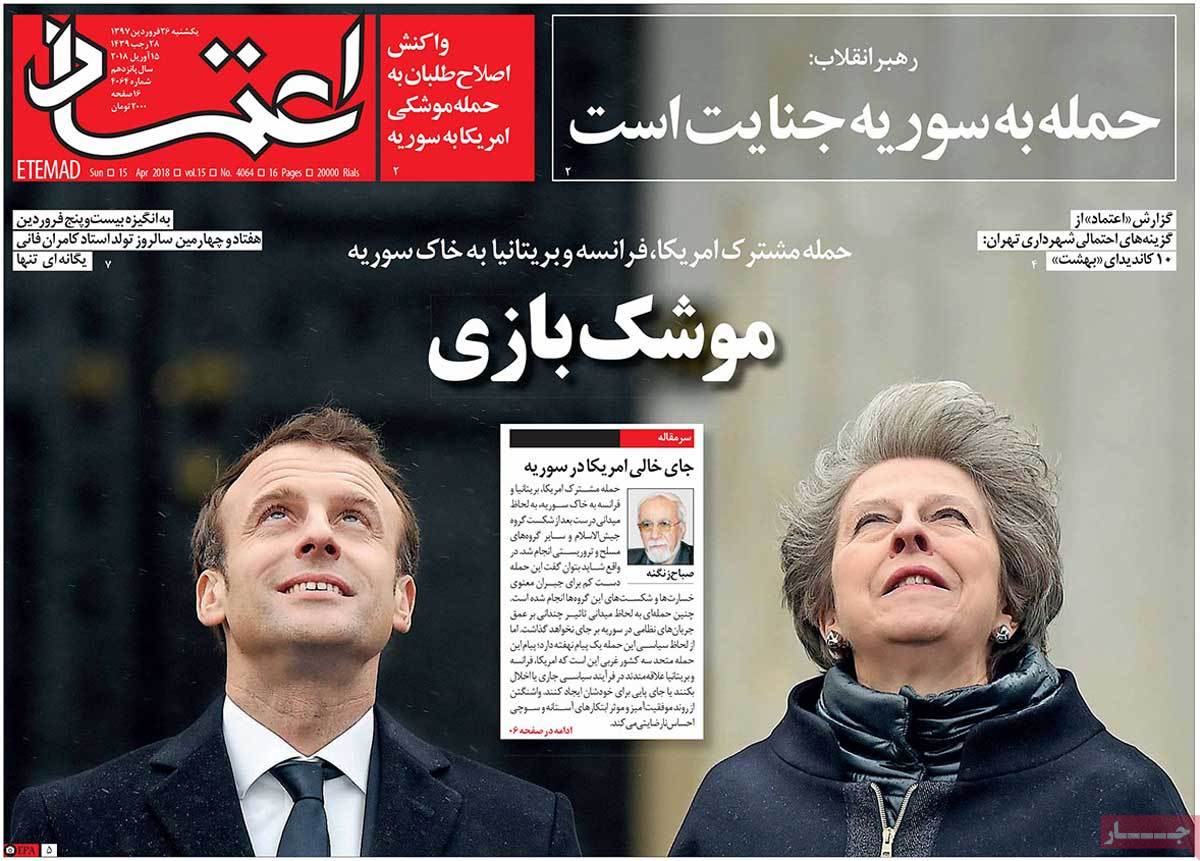 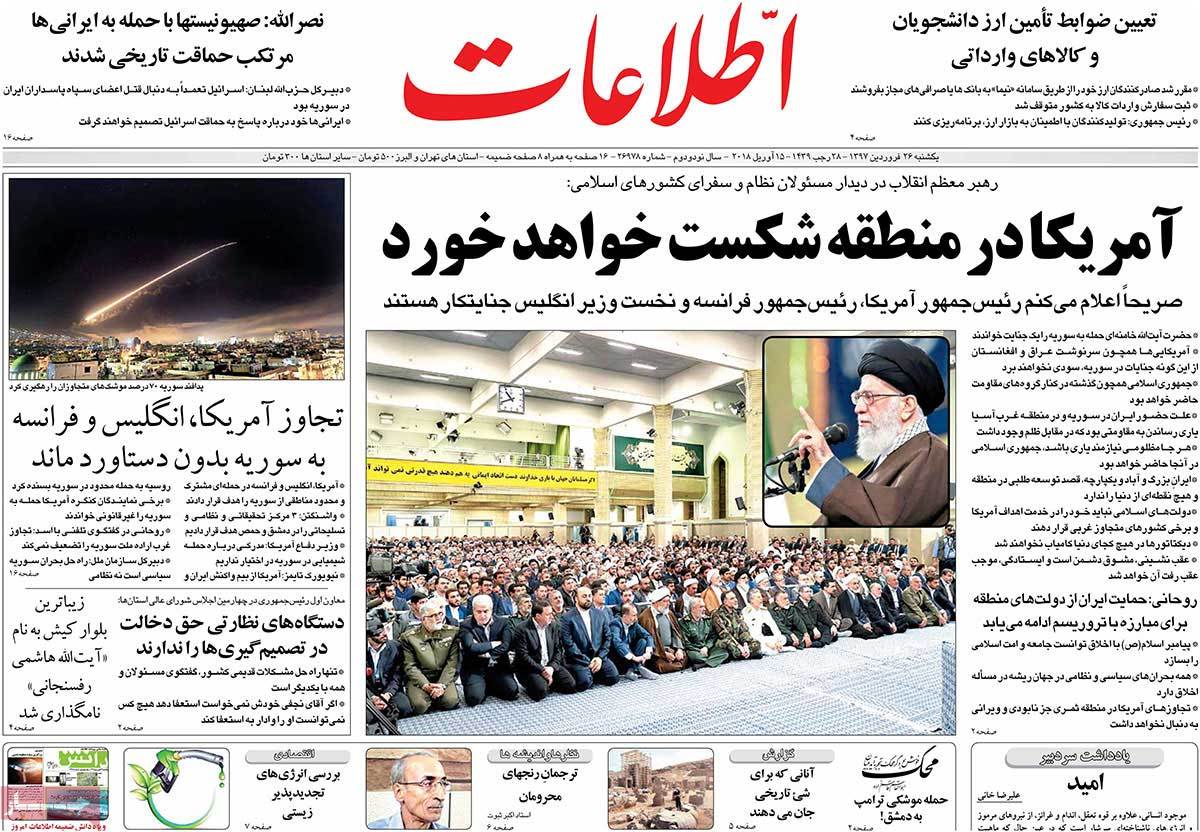 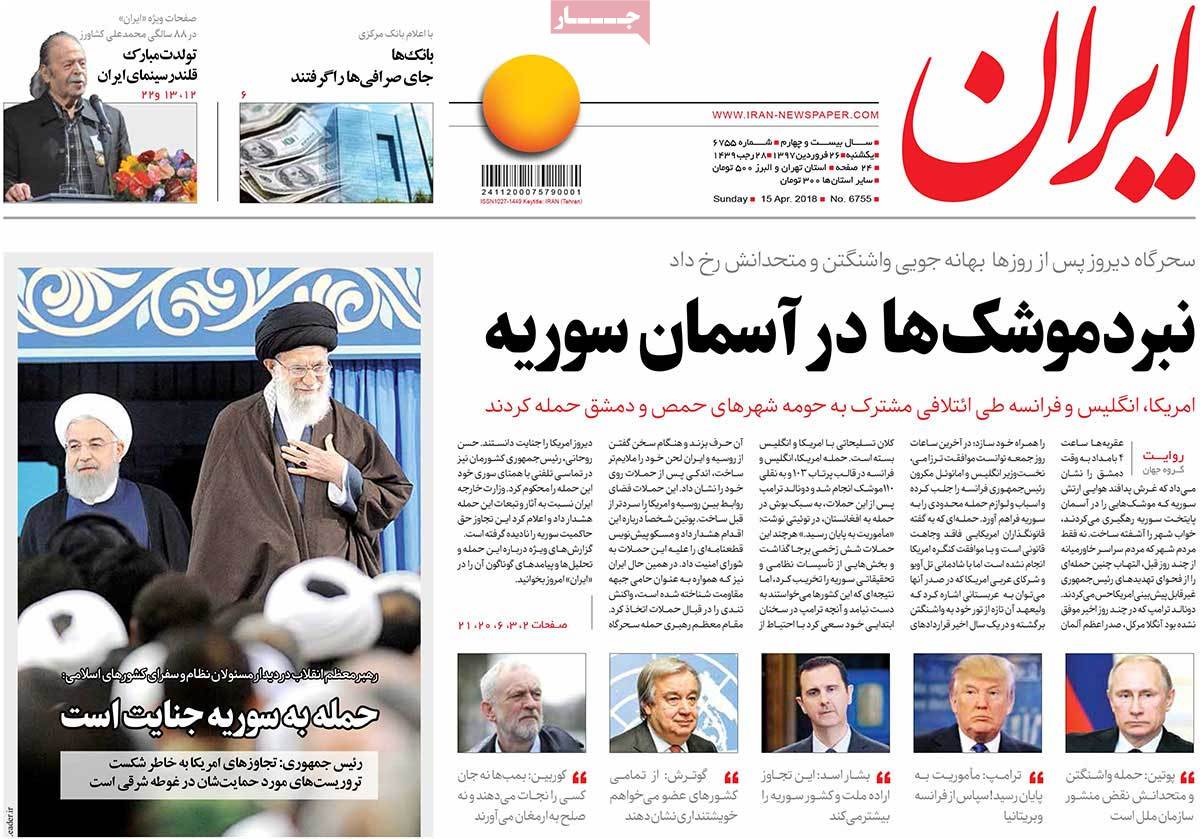 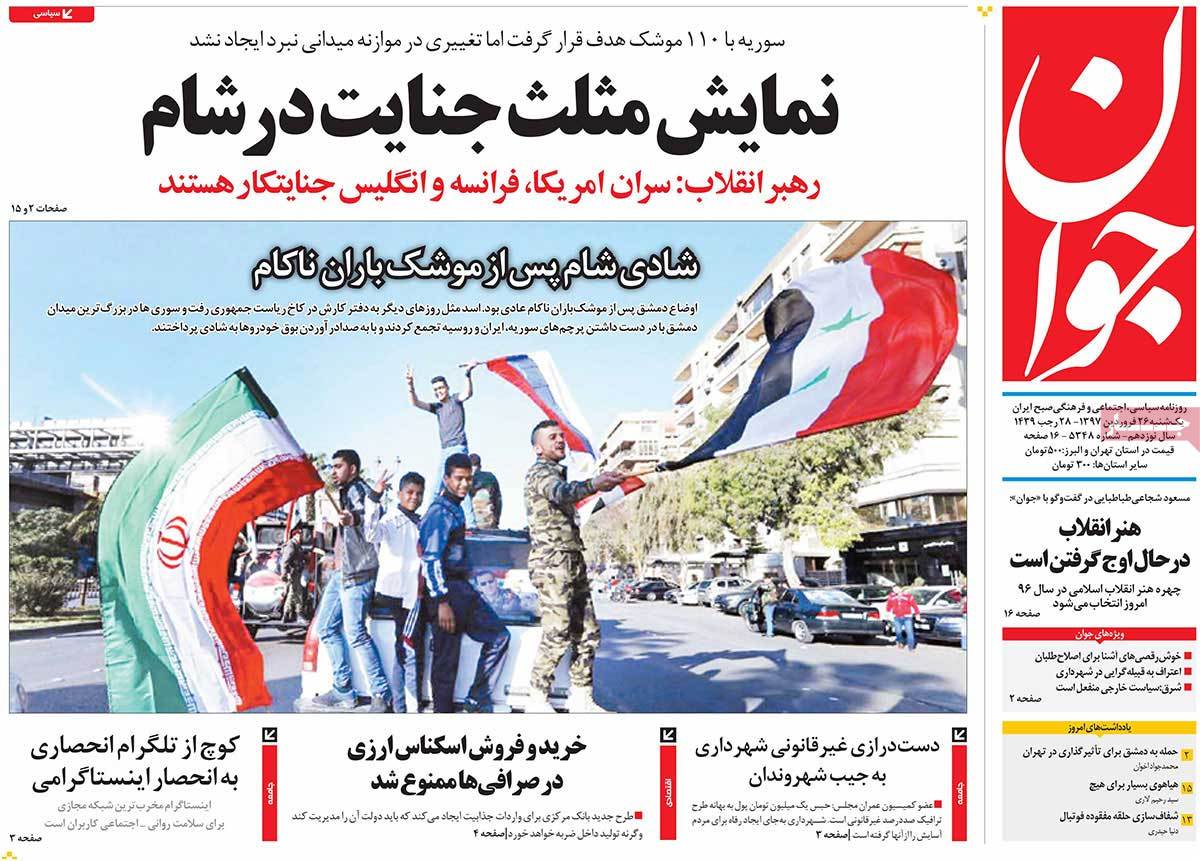 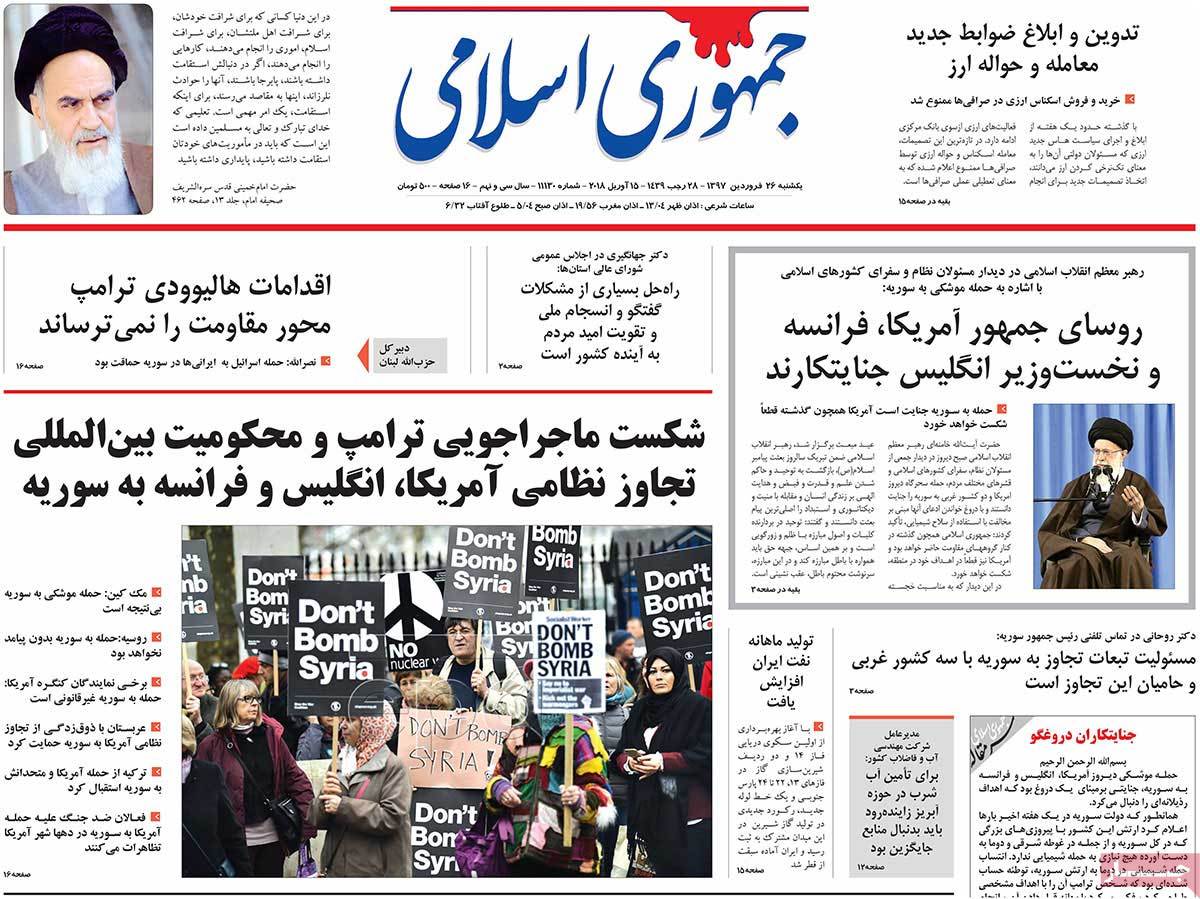 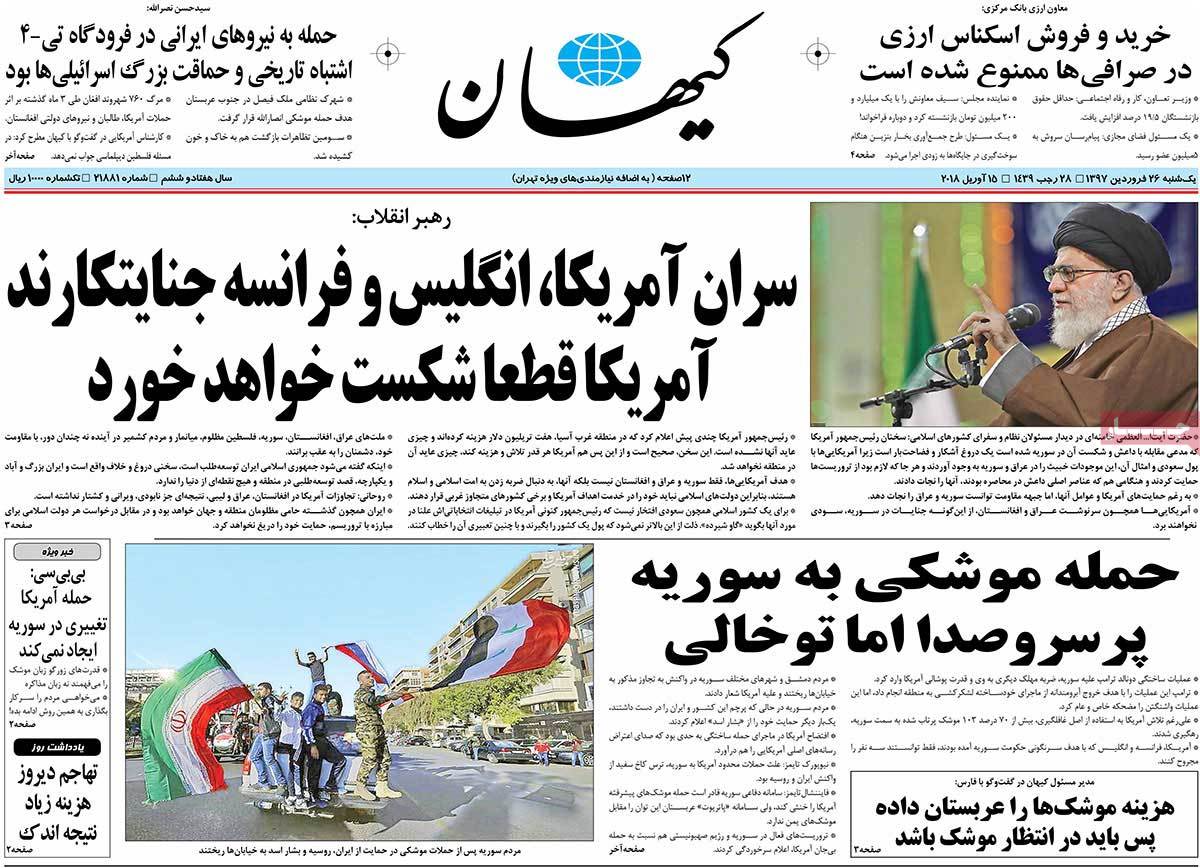 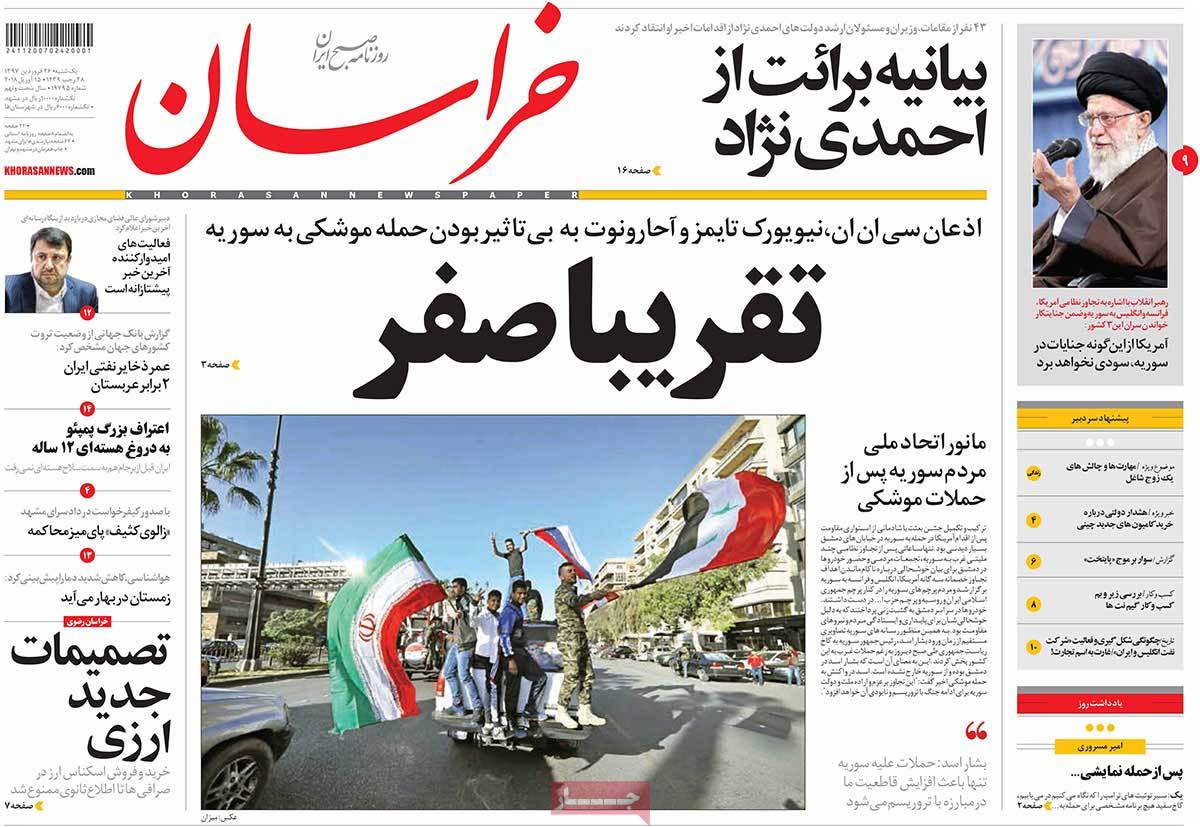 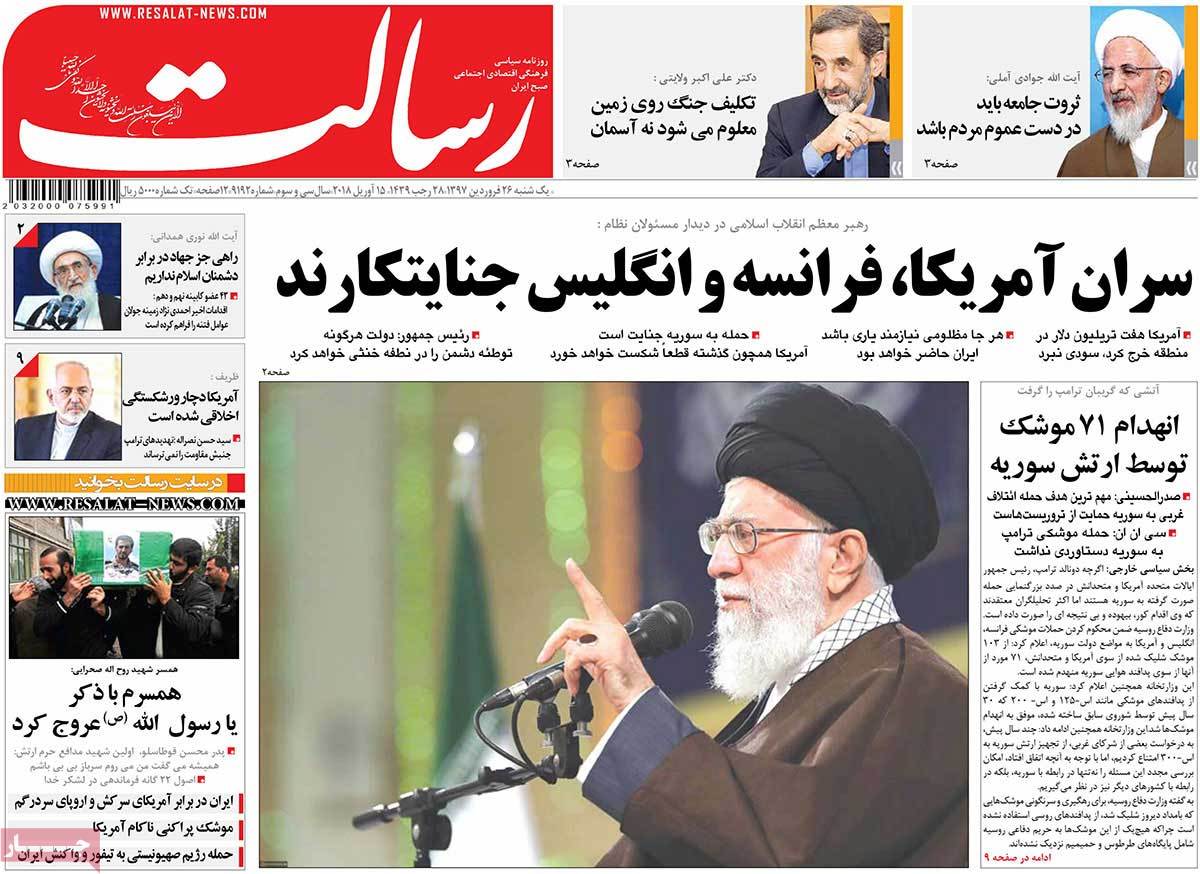 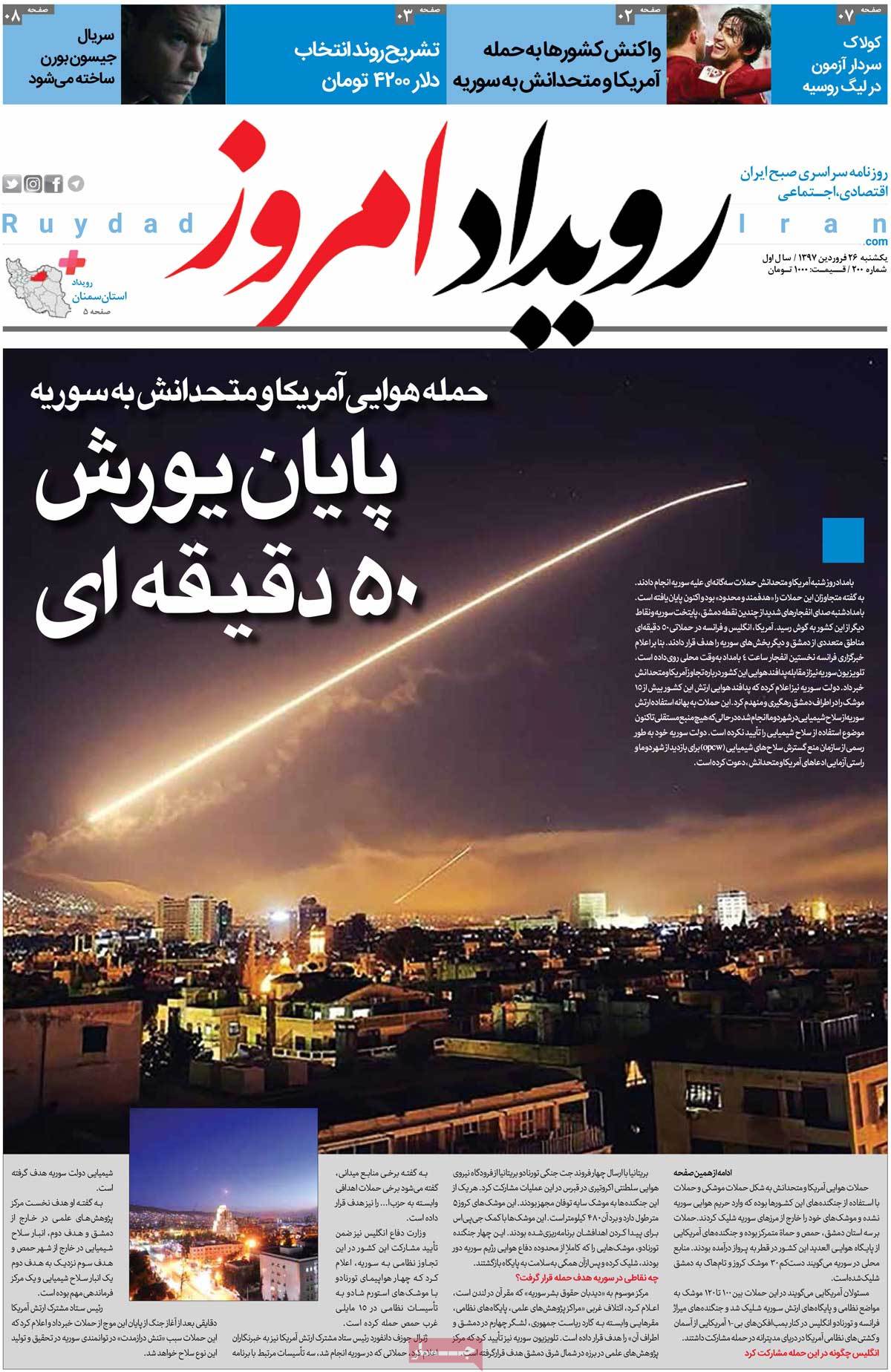 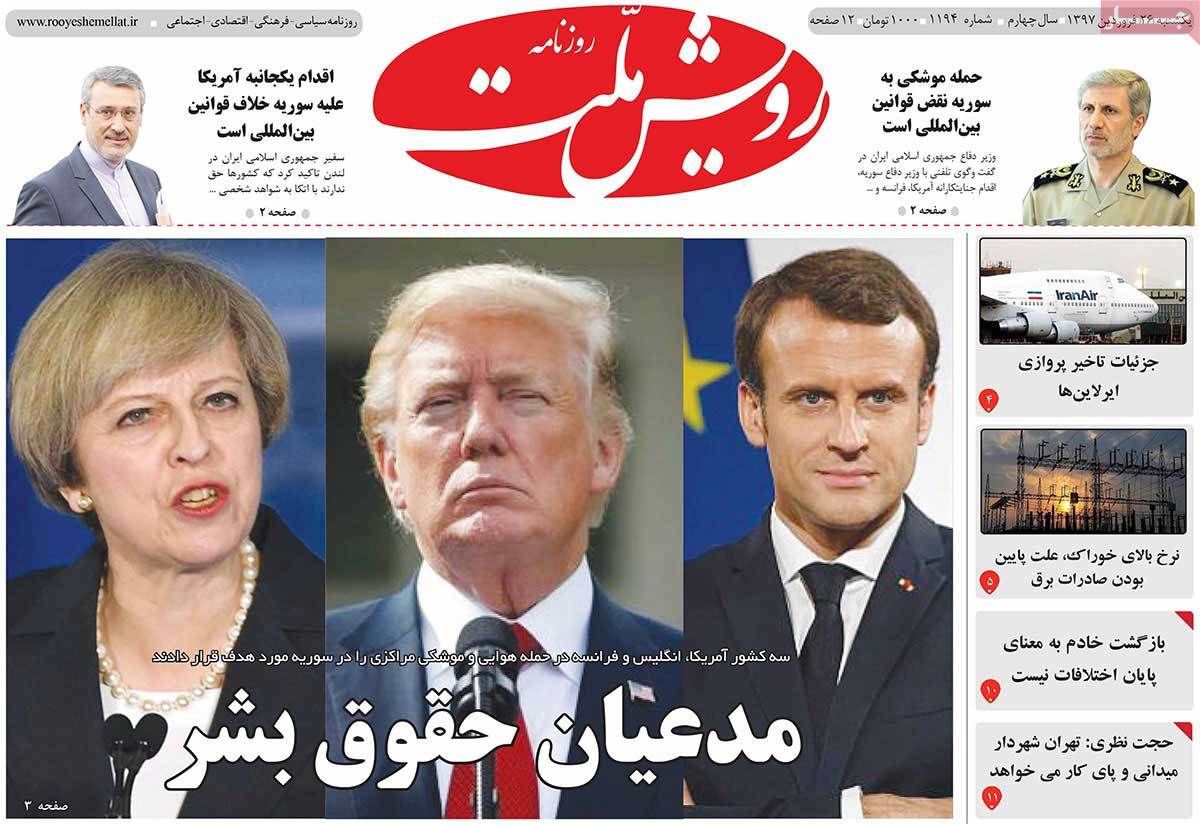 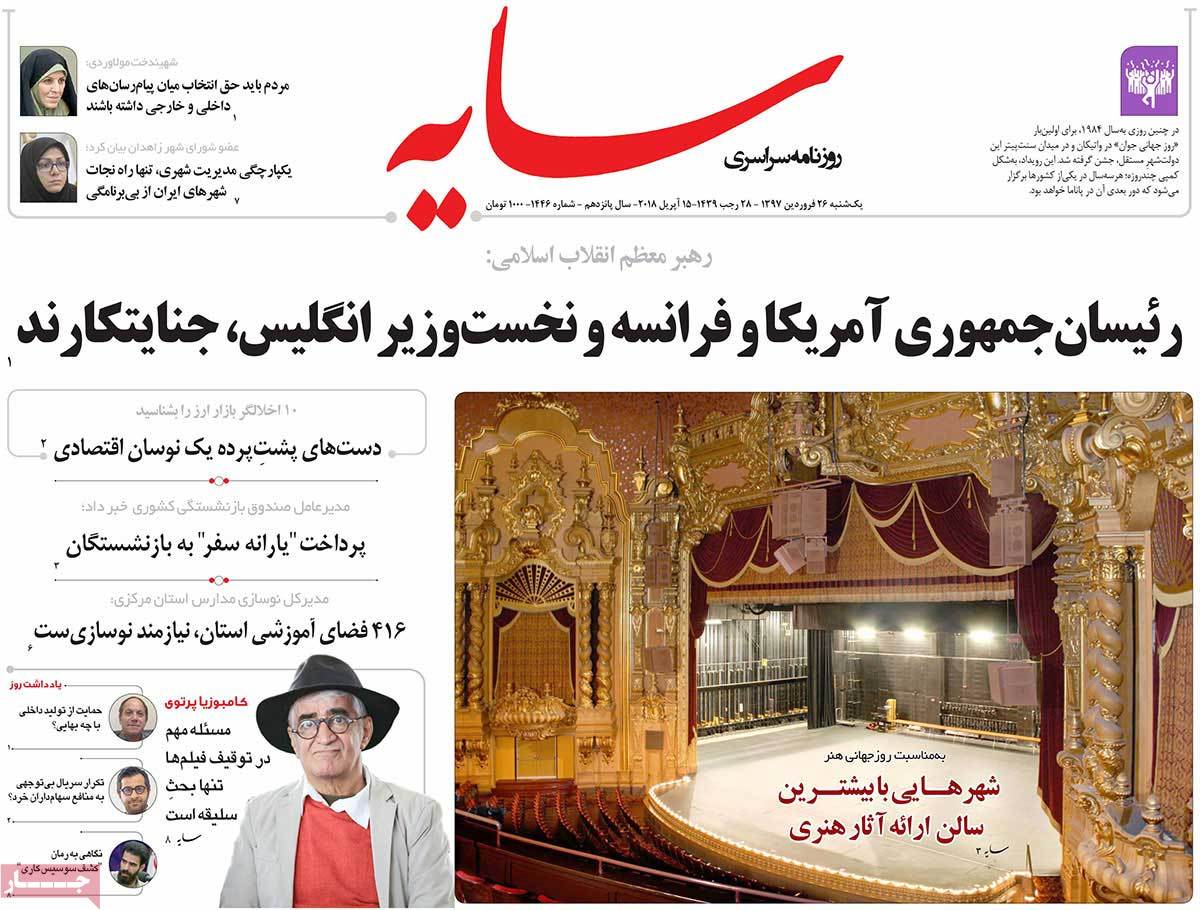 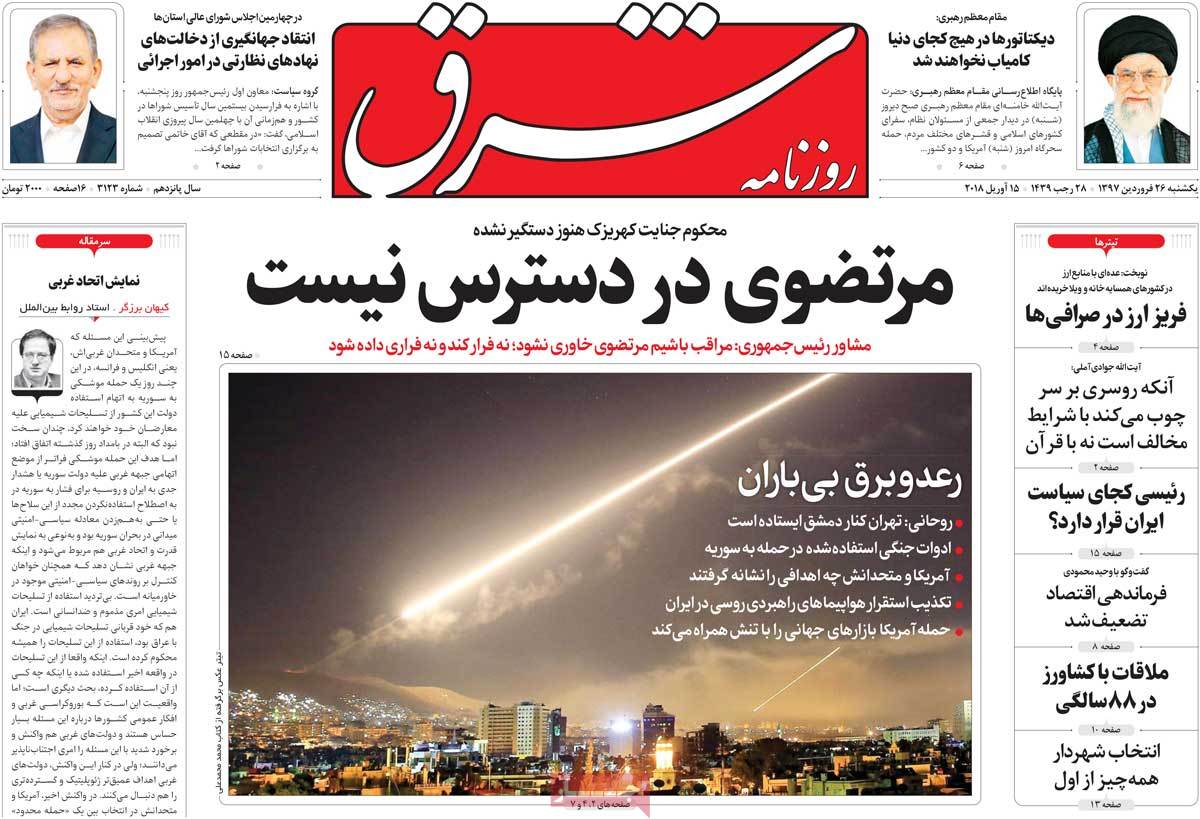 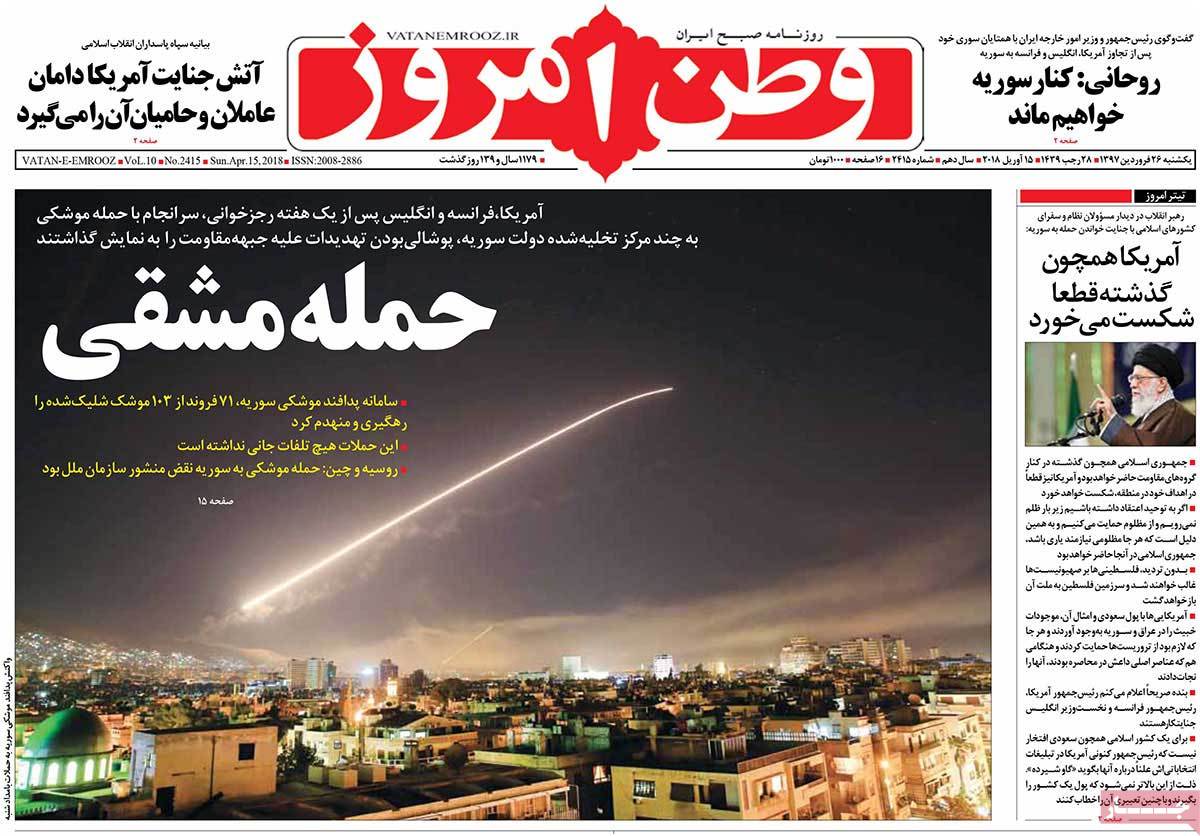