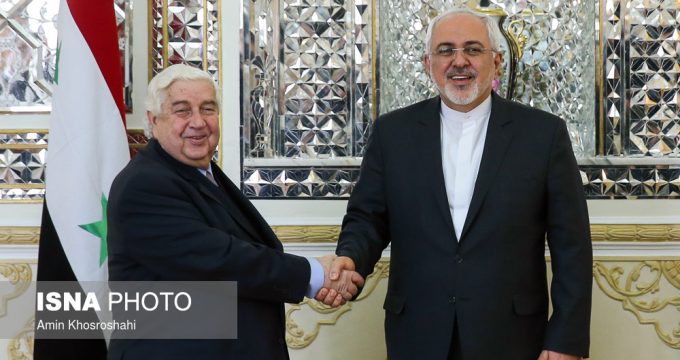 Zarif made the remarks Saturday in a phone call with his Syrian counterpart Walid Muallem.

He condemned the recent criminal and illegal actions taken by US and its allies against Syria.

He referred to the military and unilateral action taken against Syria under the pretext of using chemical weapons before completion of a probe by Organization for the Prohibition of Chemical Weapons (OPCW) experts as a clear sign of US distracting peace process and giving aids to terrorists.

The US together with its allies the UK and France targeted the Syrian capital city of Damascus early Saturday.

The US attack on a military base in Homs, western Syria injured 3 civilians, Syrian Arab News Agency (SANA) earlier reported.

The media affiliated with the terrorists had claimed that the Syrian jet fighters conducted a chemical attack on Douma last Saturday killing 75 people and injuring scores of others.

This is while Syria had earlier warned against terrorists’ attempts to orchestrate chemical attack scenario in Eastern Ghouta.