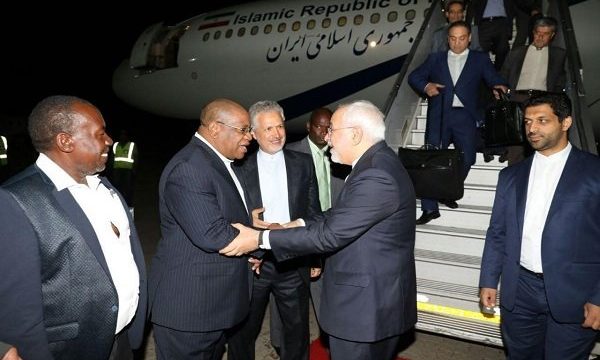 Namibia is Zarif’s last leg of his four-nation African, South American tour which took him to Senegal, Brazil and Uruguay, respectively.

While in Namibia, the Iranian foreign minister will be holding meetings with political, economic, and parliamentary officials. He will also be delivering addresses at joint economic and commercial gatherings as well as a number of think tanks.

Zarif has been accompanied on this tour by tens of businesspeople and entrepreneurs from the governmental and private companies active in various sectors.