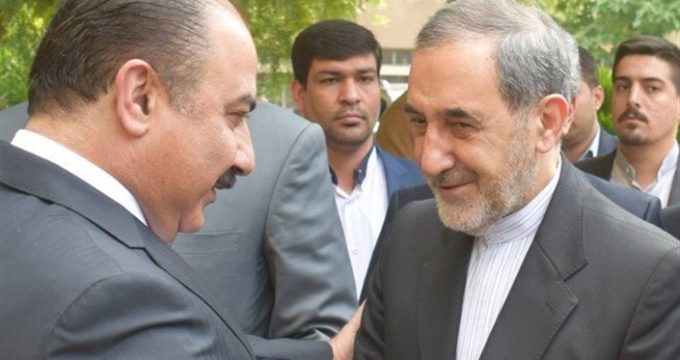 Velayati: Syria today stronger than any other time

IRNA – Advisor to the Supreme Leader for international affairs Ali Akbar Velayati said here on Wednesday that as a result of the Syrian military victories on terrorists, the country is now stronger than any other time.

He made the remarks in a meeting with the Syrian Ba’ath Party’s Acting Secretary General Hilal al-Hilal.

Velayati underlined depth of bilateral ties between Iran and Syria and said that these relations are strengthening and expanding day-by-day in all fields.

Al-Hilal said that bilateral ties between the two countries played an important role in achieving victory on terrorism.

Iran and Syria could defeat west and the Zionist conspiracies in the region and deviation of public opinion from Palestine issue.

After every victory of Syrian military, political hypocrisy and dual international standards on humanitarian issues would be evident in the UN Security Council.

Velayati is in Damascus to attend international conference of ‘Quds approach and our destination’.

The 2-day conference kicked off on Tuesday noon.