IFP – A senior Iraqi analyst says Saudi Arabia should extricate itself from the quagmire of anti-Iran delusions created by the United States.

Hashim Kandi, head of Al-Hadaf Centre of Strategic Studies, said in an interview with the Persian-language Islamic Republic News Agency (IRNA) that if the Saudis rid themselves of the Iranophobia trap, they will find out that Iran will be the first country to come to their aid if they are put in danger.

If it weren’t for Iran’s resistance against terrorism, said the commentator, now the wave of terror would be spilling over from a few regional countries not only to other Middle East countries, but to the whole world.

He said Iran has always played a key role in countering terrorism whether in Iraq or in the entire region, and if it weren’t for Iran’s contribution, the whole region would be filled with blood and darkness today.

Terror in Iraq Handiwork of US; Riyadh an Accomplice

After US-backed terrorists were forced out of Iraq, he said, the White House took advantage of Takfiri groups and the remnants of the former Baath regime to create a new form of terrorism to target defenseless civilians in the streets, schools, hospitals, prayer sites and mosques.

Unfortunately, he said, when Iraq was in dire need of support by its Arab brothers, especially the Persian Gulf Arab states, to counter terrorism, those countries acted otherwise and refused to lend support to Iraq.

In those hard conditions, he said, some Arab countries, especially Saudi Arabia, got bogged down in the US quagmire of deception and fell for Washington’s lies. Hence, they backed terrorist groups to kill as many innocent Iraqi people as they could.

According to the analyst, many of those countries fell into the US trap and turned into Washington’s stooges to execute its plans. Of course, the US plans were not limited to Iraq and Syria, but applied to all regional countries, namely Persian Gulf Arab countries themselves, which contributed to the implementation of the US plans.

Under those circumstances, he said, everybody saw that Iran stood by Iraq with all its resources, both in terms of weaponry and expert advice, in order to counter terrorism.

As he added, this right move by Iran came at a time when the Americans breached their promises regarding the supply of weapons and munitions, allowing Iraq to fall into the hands of terrorist groups. The US want to bring Iraq to its knees in the face of terrorism, but Iran’s presence turned the tables and made Iraq emerge victorious against terror groups.

The analyst said Iran not only offered arms and advisory assistance to Iraq, but shared with Baghdad its experience in the fight against the ISIS terrorist group and raised Iraqi forces’ morale, which played a key role in determining the outcome of the war against terrorists.

He said the Iranian advisors had drawn their ideological and combatant spirit from the school of thought of the late Imam Khomeini, which was based on struggle against enemies. And they managed to transfer this spirit to Iraqi troops.

He also touched upon the important role of the fatwa by senior Iraqi religious figures who said combating terrorists was a duty of all, and, accordingly, Iraqi people answered the clerics’ call to arms.

The analyst noted that unity and coordination among security troops, volunteer forces and Islamic resistance groups along with assistance from seasoned Iranian experts created a deep sense of belief in them and led to back-to-back victories.

He said fast triumphs over ISIS surprised everyone and scuttled all of Washington’s plans to safeguard terrorist groups in the region.

The top Iraqi analyst underlined everybody knows today that Iran’s position on fighting terrorism is in the interest of Iraq and the whole region, and plays a major role in defeating terrorism in the region and across the world.

He said the alliance between Iran and other countries which are members of the axis of resistance is the key contributor to the maintenance of security in the region.

He said the US plunged Saudi Arabia and some other Persian Gulf Arab countries into the “Iranophobia” quagmire to hold them to ransom. If these countries can extricate themselves from the quagmire, then all regional countries will taste tranquility, and nations along with their governments will regain full independence.

The analyst underlined that Muslims, by remaining united and adopting common stances, can counter acts of blackmail and greed by the US and Zionists.

He stressed that if Saudi Arabia thinks well, it will find out that if it comes under terrorist attacks one day, the first country to come to its aid will be Iran.

He said although Iranian officials are stressing that Saudi Arabia, as a Muslim country, should not be attacked, and that Iran will go to defend Saudi Arabia if it is put in danger, Saudi rulers are unfortunately still deceived by the lies of Washington, which has no objective other than securing its domination over other countries’ natural resources and is using Riyadh officials as pawns to achieve its goals. 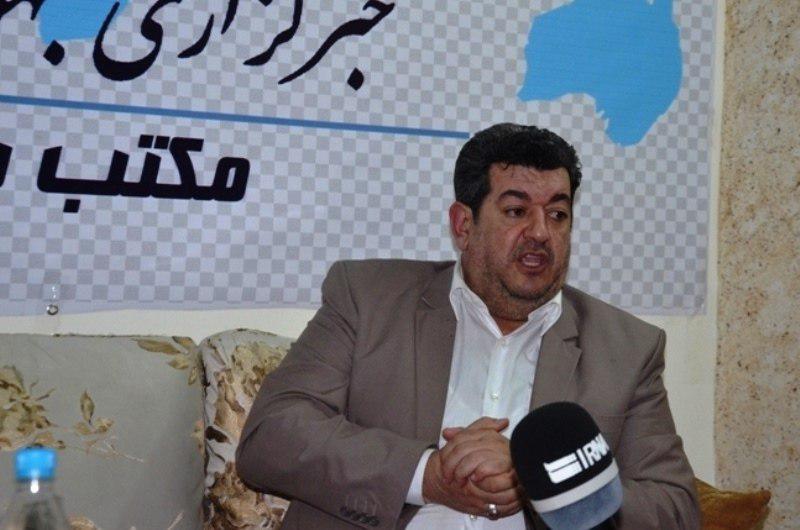