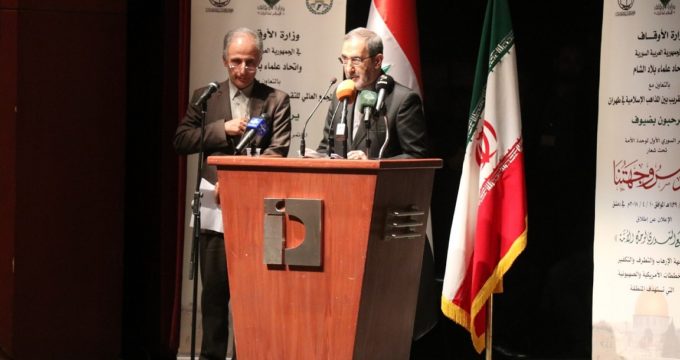 IRNA – A top Iranian official on Tuesday urged unity of Muslim Ummah and lauded the important role of the elites in this regard.

‘Difference of point of view among Muslims is a natural issue, but unity and brotherhood are necessary to counter enemies,’ he noted.

The official said that despite war difficulties, the Syrian nation have not forgotten the Holy Quds.

Wahhabism is behind all terrorist moves against the people of region, he noted.

The two-day international conference on the Holy Quds started Tuesday with the attendance of 15 countries in Damascus.

The event has been organized by Awqaf Ministry of Syria and Iranian bodies.