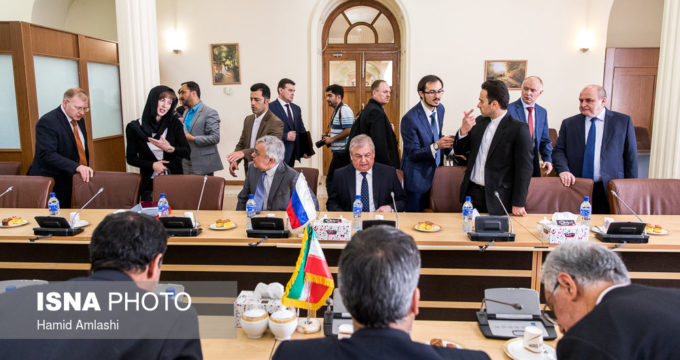 Ansari made the remarks Tuesday in a meeting with Alexander Lavrentiev, Russian President Vladimir Putin’s Special Envoy to Syria.

The region is prone to continuous developments, especially in Syria, he said, adding that these conditions make it more urgent coordination between Iran and Russia.

Situation is subject to everyday change in Syria, Lavrentiev for his part said.

Positive and also concerning issues happen in these situations, he added.

It is not a long time that presidents of Iran and Russia have met in Ankara, but different issues have emerged since then which should be taken into account, he noted.

We need to reach common understanding as regard issues, he said.