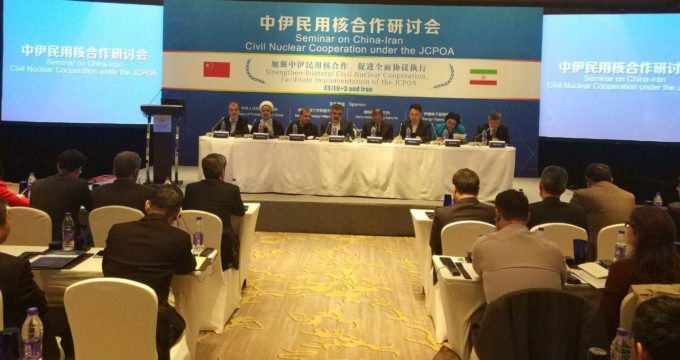 Representatives of the group known as 5+1 that signed the nuclear agreement with Iran in 2015 will take part in the forum.

Iran and the major world powers—US, China, Russia, France, Britain and Germany— signed the nuclear agreement. Under the deal known as the Joint Comprehensive Plan of Action (JCPOA), Iran agreed to curb its nuclear program in exchange for economic sanctions relief.

Issues such as prospect of international cooperation within the framework of the nuclear deal and its third annex will be discussed by the participants.

Furthermore, Senior Iranian and Chinese officials are scheduled to deliver speeches at the forum.

Visiting nuclear facilities in China and holding talks on related issues between Iranian and Chinese engineers are also on the schedule of the forum.