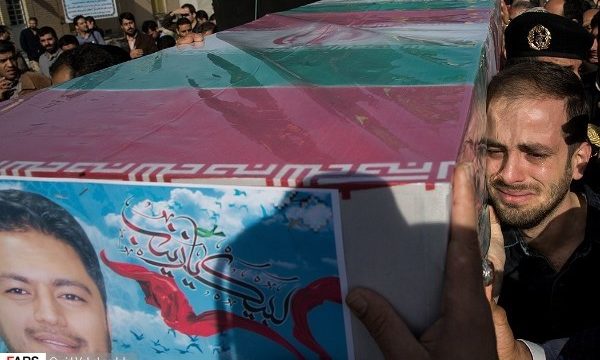 Rezaei was one of seven Iranian soldiers who died in the airstrike of the TIFOR (T-4) airbase in Homs on Monday 9th, 2018.

According to the Russian Ministry of Defence (MoD), the airbase was attacked by two Israeli F-15 jets on Monday morning.

The MoD claimed that the Israeli Air Force had not violated Syrian air space.

The missiles were reportedly fired from Lebanese airspace with media reports suggesting eight missiles were launched in total, five of which were intercepted by Syrian air defense systems.