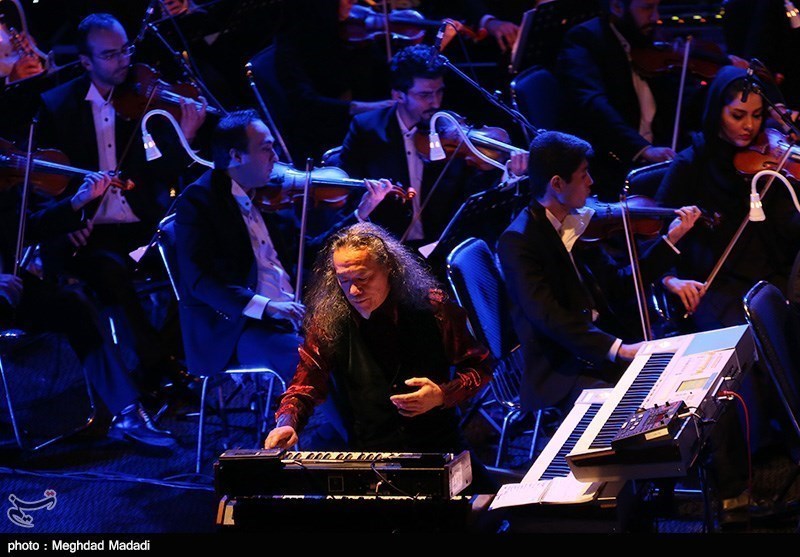 Kitaro talks of his interest in Iranian folk music

Kitaro says while composing the music of Silk Road documentary, he developed an interest in the Iranian folk music.

“By listening to the music, I became interested in the music and culture of Iran. I’ve also learned a lot from the country’s folk music,” he was quoted as saying in a Farsi report by ISNA.

Kitaro made the statements ahead of his second concert in Iran slated for May 6 to 8 at Interior Ministry’s Great Hall in Tehran.

He went on to say “about 28 years ago, I composed a piece of music named Kojiki with the main theme of the whole existence. While making the piece, I took advantage of the guidance of Professor Kazunari Shibata who is a leading expert in the solar system. The piece contains some concepts which can be realized only through indulging oneself in it. I will perform the piece during my Tehran concert.”

Kitaro referred to the warm welcome that his Silk Road Album has received in Iran and said, “I’m very proud to see that Iranian people love the music. Hereby, I express my deep gratitude to the Iranian culture because to compose the music, I drew on the rich culture of the region.”

He also said the Silk Road music builds on the Iranian art and added “I will also perform the music during my May concert in Tehran.”

The Japanese musician underlined that he has listened to the music of many Iranian musicians and added Iran is home to a rich collection of music.

“There are many nations which have their own music. I’ve always paid respect to each nation living in a special geography. I try to communicate with each nation and culture through music,” he noted.

Kitaro held his first set of concerts in Tehran in 2014 for four nights at the same venue, where he performed new age music and was warmly received.

According to the music producer and manager Ali Cheragh-Ali, in the upcoming concerts Kitaro will perform a different repertoire compared to his last performance in Iran.