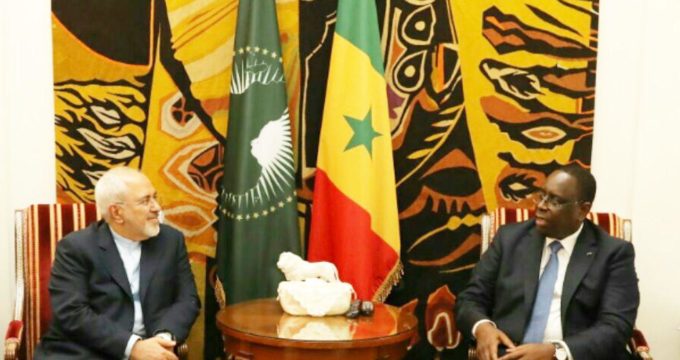 He also emphasized developing cooperation between the two countries in oil and gas fields and in modern technologies such as nano-technology and bio-technology.

Meanwhile, Sall underlined the importance of implementing the agreements signed in the fields highlighted by Iranian FM.

He called for using Iran’s experiences especially in oil and gas fields.

Regional issues like developments in Syria and Yemen were among other topics discussed by both sides.

During his tour to Senegal, Iranian Foreign Minister also held meetings with his Senegalese counterpart Sidiki Kaba and with President of Senegal National Assembly Moustapha Niasse.