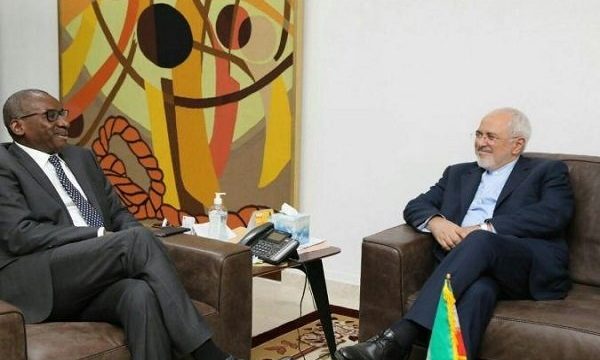 IRNA – Foreign Minister Mohammad Javad Zarif on Monday described the issue of Palestine and Zionist regime’s crimes as the major problem of the Islamic world, saying that solving Muslims’ problems is contingent upon the Islamic unity and dialogue in the Islamic world.

Accoridng to the General Diplomacy and Media Center of the foreign ministry, Zarif made the remarks in a meeting with his Senegalese counterpart.

Highlighting significance of Senegal in West Africa and status of the country in the Islamic world and Non-Aligned Movement (NAM), he called for further strengthening of ties with the country.

Zarif also pointed to the visit of the high-ranking Iranian political, economic and technical delegation to Senegal, voicing Tehran’s readiness for transfer of expertise to Senegal, especially in the field of modern technologies.

The two countries’ mutual cooperation have been operationalized in the field of automaking, the top diplomat, said, noting that mutual collaboration will improve in other arenas including oil and gas, medicine, health and education.

The Senegalese foreign minister, for his part, hailed longstanding relations between the two countries and described Zarif’s visit to Dakar as a contributor to bilateral ties.

Holding of joint economic commission session in coming months is an opportunity for pursuing cooperation in various fields including oil and gas sector, he said.