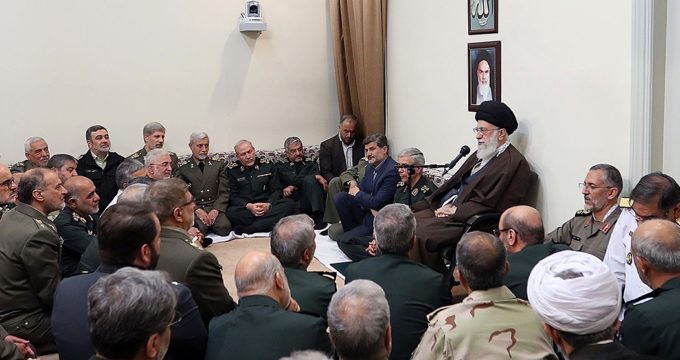 Supreme Leader: Iran’s military might to be increased day by day

IRNA – Supreme Leader of the Islamic Revolution Ayatollah Seyed Ali Khamenei said on Sunday that Iran’s military might will be increased day by day despite of futile efforts made by the enemies.

‘The reason behind such unprecedented assault against the Islamic government is its ever increasing might; since the enemies are afraid of it, they have mounted their attacks subsequently, the Supreme Leader said.

Before the Supreme Leader’s remarks, Chief of Staff of the Iranian Armed Forces Major General Mohammad Hossein Baqeri briefed the supreme leader of the latest achievements of his forces and underlined that they are determined to exercise more efforts to attain their goals in the new Iranian year (beginning on March 21).