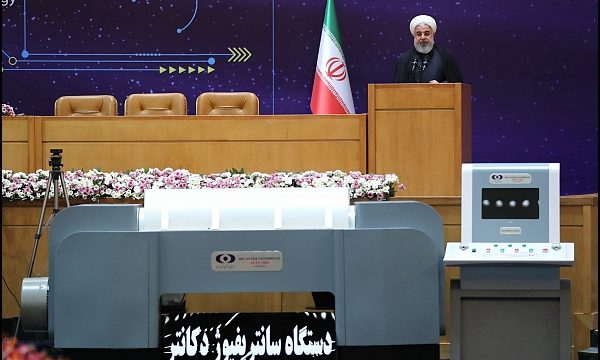 Iran president: Response to US exit from nuke deal to be stronger than imagined

Iranian President Hassan Rouhani has vowed that the country’s response to the possible US withdrawal from the deal will be stronger than imagined.

Three Iranians were killed in air strike on Syrian air base on Sunday: Fars news

Three Iranians were killed in an air strike on a Syrian air base on Sunday, Iran’s Fars news agency said.

Leader of the Islamic Revolution Ayatollah Seyed Ali Khamenei called on administrative and judicial authorities to respect the Iranian people’s privacy amid debates about the need for replacing foreign mobile messaging applications with homegrown ones.

Iran’s President Hassan Rouhani unveiled 83 nuclear achievements of the country on Monday that is designated as the National Nuclear Technology Day.

Head of the Atomic Energy Organization of Iran (AEOI) Ali Akbar Salehi said his organization enjoys the capability to restore 20-percent uranium enrichment at its Fordo nuclear facility in just 4 days if the 2015 nuclear deal is discarded by the other side.

The European Union spokesperson in a statement on alleged gas attacks in Douma, Syria, called on Iran and Russia to use their influence to prevent further attacks in the country.

First yellow cake made in the factory in Ardakan, central Iran, was sent to Esfahan UCF on Monday.

Mohammad Javad Zarif, Iranian Foreign Minister, met with Senegalese Speaker Moustapha Niasse who also serves as the Secretary General of the Parliamentary Union of the OIC Member States on Mon. in Dakar.

Iran to reach self-sufficiency in producing gasoline since September