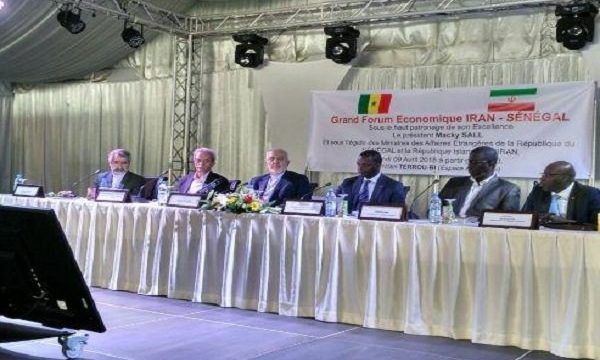 MNA– At the Joint Economic Meeting of Iran and Senegal in Dakar on Mon. FM Zarif asserted that the two countries are determined to give ground to their private sectors for increasing economic and trade interactions.

The Joint Economic Meeting of Iran and Senegal was held on Monday in Senegalese capital city of Dakar with Iranian Foreign Minister Mohammad Javad Zarif, the Senegalese Minister for Trade, Consumer Affairs, the Informal Sector, and Small and Medium-Sized Enterprises Alioune Sarr, and a host of trade and business activists and entrepreneurs from Iran and Senegal in the meeting.

“Iran and Senegal are determined to increase the volume of trade and economic cooperation between the two countries,” asserted Iranian diplomatic chief Mohammad Javad Zarif, at the meeting.

“Holding this meeting demonstrates that the two countries share the political determination for taking measures for presence, cooperation, and interaction of the private sectors of the two countries in economic and trade relations,” added Mr. Zarif.