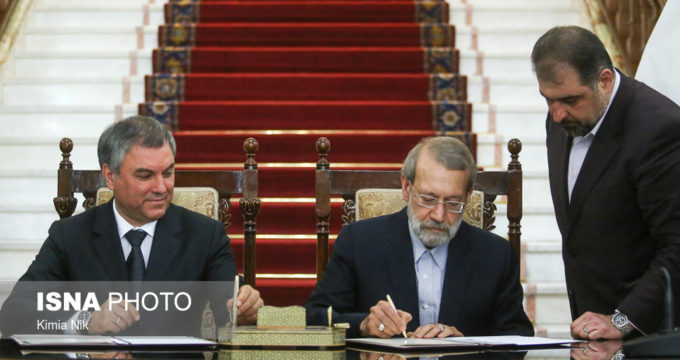 MNA – An agreement on parliamentary cooperation was signed between Iran and Russia on Monday in Tehran.

The agreement was inked by Iranian Parliament Speaker Ali Larijani and Vyacheslav Volodin, Chairman of the State Duma of the Federal Assembly of the Russian Federation, on Monday in Tehran.

The signing took place following a meeting between Larijani and the Russian official at the Iranian parliament building, during which the two sides conferred on various bilateral, regional and international issues.

The Iranian and Russian parliamentary officials then attended a press conference, highlighting the need for expansion of economic relations as well as cooperation on establishing sustainable security across the region.