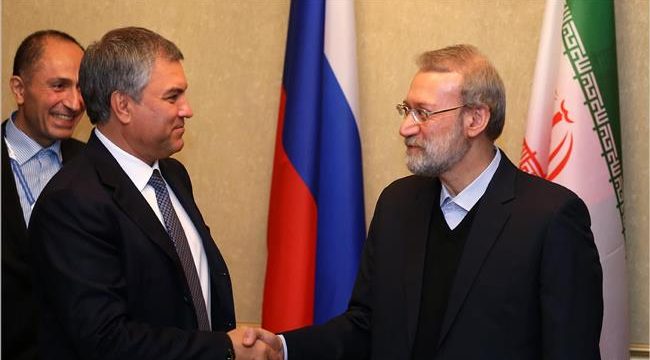 Tasnim – The speaker of the Russian State Duma, Vyacheslav Volodin, plans an official trip to Iran as part of efforts to boost the parliamentary ties between the two countries.

Heading a high-ranking delegation, Volodin is slated to travel to Tehran on Sunday.

He plans to meet with Iranian President Hassan Rouhani and Parliament Speaker Ali Larijani in Tehran on Monday.

The Russian delegation is to attend a meeting with the Iranian Parliament’s National Security and Foreign Policy Commission.

Iran and Russia have formed a strong alliance in recent years and have ramped up efforts to boost defense cooperation, trade ties, and cultural interaction.

They have close cooperation on international issues, including the Syrian crisis. They both support the Syrian government against foreign-backed militancy.