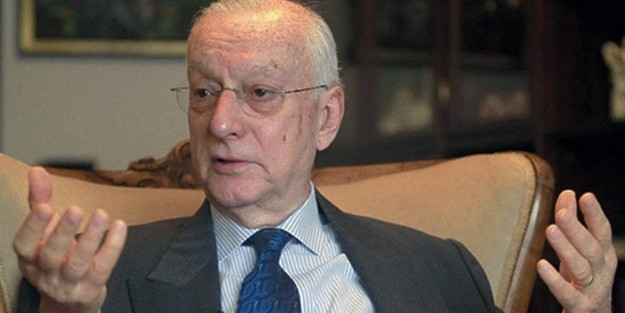 As long as Iran’s position strong, US won’t pull out of Syria – Ex-Turkish Envoy

Sputnik News– Addressing the mixed messages voiced by senior US officials on the future of the American military in Syria, the former Turkish ambassador to Libya has told Sputnik that these remarks should be perceived in light of Iran’s regional clout.

Uluc Ozulker, formerly the Turkish ambassador in Paris and Tripoli, said that the US authorities’ controversial remarks on Syria indicate that “Washington has completely floundered in its position on the issue and does not quite understand what steps should be taken next.”

“They declare that they do not intend to stay in Syria on a permanent basis, but in fact that’s not the case. In my opinion, America’s number one goal is Iran, while Russia is their number two purpose. The US is using Saudi Arabia from the south in order to come close to Iran,” Ozulker said.

He also pointed to the strengthening of relations between Saudi Arabia and Israel, which Ozulker suggested may add to launching an attack on the Lebanon-based group Hezbollah, believed to be financially supported by Syria and Iran.

“As long as Iran’s position in the region is strong, the US [military] will not withdraw its troops from there,” he said, in an apparent reference to Syria.

Ozulker recalled that America’s other goal is to sabotage the Astana negotiating format, while “we should do our best to bring the Astana and Sochi processes to a victorious end,” Ozulker concluded.

Earlier this week, Pentagon spokesperson Dana White told journalists that “our position in Syria has been to defeat ISIS [Daesh*], a stance which she said “has not changed.”

“I’ve heard rumors of people talking about withdrawal. I know the president said ‘very soon’, because we have been very successful with defeating ISIS (Daesh*). But it’s not over, and we are committed to ensuring the defeat of ISIS,” Whjite stressed.

In another development this week, General Joseph Votel, the commander of US Central Command, made it clear that American troops will remain in Syria in the future. “There still are some areas where they are present and that we will have to continue to operate on,” Votel pointed out.

He was echoed by Brett McGurk, the US State Department’s senior envoy to the anti-Daesh coalition, who said that Daesh has yet to be “finished.”

All these remarks came after President Donald Trump promised the US troops’ early withdrawal from Syria. “We’ll be coming out of Syria, like, very soon. Let the other people take care of it,” Trump said during a speech in Ohio last week.

Shortly afterwards, he confirmed the move by saying that the US had “almost completed” the task of destroying Daesh in Syria and that he wants “to get out and bring our troops home.”

The US military has been stationed in Syria since 2014, leading an allied coalition to combat Daesh in a mission that was approved neither by a UN mandate nor the Syrian government. Damascus has repeatedly described the US military presence in Syria as “illegal.” Right now, there are reportedly about 2,000 US troops in the mostly Arab country.
Earlier this year, the Sochi All-Syrian Peace Congress was organized by Russia, Iran and Turkey with the support of the UN. It was held in Russia’s resort city of Sochi in January in a bid to accelerate the peace process in Syria.

The Sochi Congress became the fresh track of the Syrian peace talks after eight rounds of similar discussions were held in the Kazakh capital Astana last year.

The views and opinions expressed by Uluc Ozulker are those of the speaker and do not necessarily reflect those of Sputnik.