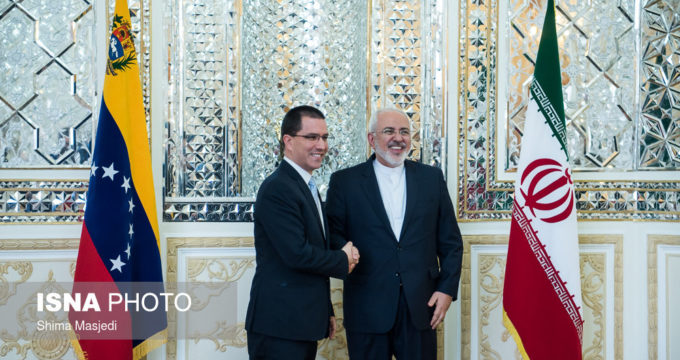 Iranian Foreign Minister Mohammad Javad Zarif met with his Venezuelan counterpart in Tehran on Saturday morning. Venezuelan diplomatic delegation led by the Minister of the People’s Power of Foreign Affairs of the Bolivarian Republic of Venezuela Jorge Arreaza is currently visiting Tehran. Prior to arriving in Tehran, the diplomat visited the Azerbaijani capital city of Baku where he opened his country’s embassy in move to strengthen bilateral ties with Azerbaijan.

During the meeting, a diverse host of issues from bilateral, regional, and international areas were discussed by the two top diplomats.

Mr. Zarif and Mr. Arreaza exchanged views on bilateral relations in areas of economy, sanctions, US interventions against independent countries, oil market, the Latin America and the Middle East.