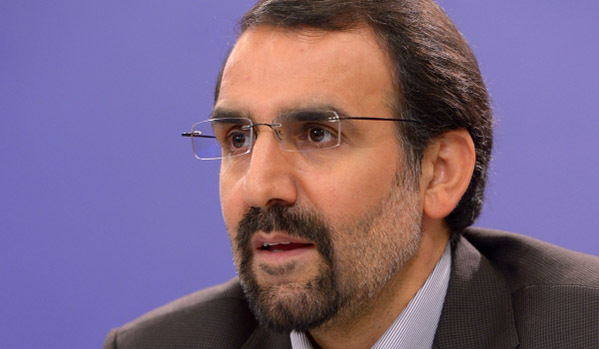 MNA – Iranian Ambassador to Moscow Mehdi Sanaei said that Iran and the Eurasia Economic Union will ink preferential tariffs agreement in May in Kazakhstan.

Iranian Ambassador to Moscow Mehdi Sanaei announced on Thursday that the Islamic Republic of Iran and the Eurasia Economic Union will ink preferential tariffs agreement in the near future.

The Iranian diplomat made the remarks while touching upon the JCPOA (the Joint Comprehensive Plan of Action signed by Iran and P5+1 on July 14, 2015 AKA Iran nuclear agreement), the trajectory of Tehran-Moscow cooperation, and the future of relations between the two countries.

Referring to Russia’s move in vetoing the UK proposed resolution against Iran at UNSC, Mr. Sanaei described the act as a sign of quality improvement in Iran-Russia relations which has led to good trust, confidence and understanding between the two countries.

“Technical and military cooperation between Iran and Russia have existed from the past and the delivery of S-300 system to Iran was a turning point in military and defense interactions between the two countries,” reassured Mr. Sanaei.

“We have never discussed S-300 with the Russians,” added the ambassador. “The joint endeavors of Iran and Russia in fighting terrorism in Syria have paved the way for broadening technical and military cooperation between the two countries,” noted the Iranian diplomat.

“According to planned schedules, it is expected that Iran would sign preferential tariff agreement with Eurasia Economic Union in the next summit of Eurasian prime ministers in Kazakhstan in May,” recounted the Iranian envoy to Moscow.

Touching upon the JCPOA, he described the nuclear deal as a diplomatic victory for the Islamic Republic of Iran, Russia and the international community.

“The Russian Federation played a big role in brokering and implementing the JCPOA and the Russians’ principle-driven stance in supporting the agreement as an international treaty is appreciable,” he said.

Pointing to tensions between Russia and the west, he said, “Now that Russia is facing a wave of sanctions by the west, convergence and cooperation is more needed. In fact we have to reach an anti-sanctions mechanism to defuse the sanctions or alleviate the harms.”