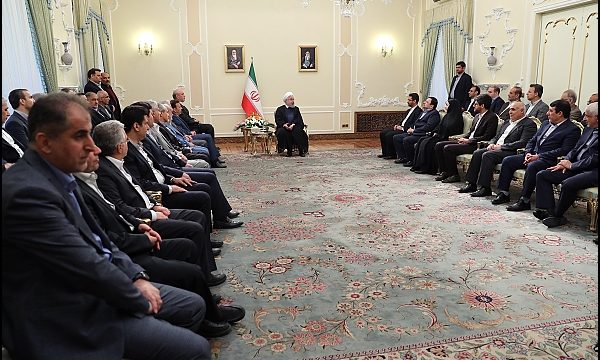 Al-Monitor- Amid fresh reports that the Iranian authorities are planning to block the popular messaging app Telegram, moderate President Hassan Rouhani has declared his opposition to such a move.

In a controversial interview on March 31, member of parliament Alaeddin Boroujerdi spoke of Telegram and the apparent decision to block the app. “This was a decision made at the highest levels, and Telegram will be replaced by a domestic app,” said Boroujerdi. By “highest levels,” he is likely referring to officials ranking above Rouhani.

In reaction to the reports on the matter, Rouhani said in a meeting with a number of ministers, members of parliament and governors April 3, “Having strong, secure and cheaply priced Iranian messaging applications that can solve people’s needs and problems will surely make everyone proud.” However, he added with reference to the blocking of Telegram, “The goal of creating and enhancing Iranian software and messaging apps should not be blocking access [to other apps], but [the goal] should be the elimination of monopolies.”