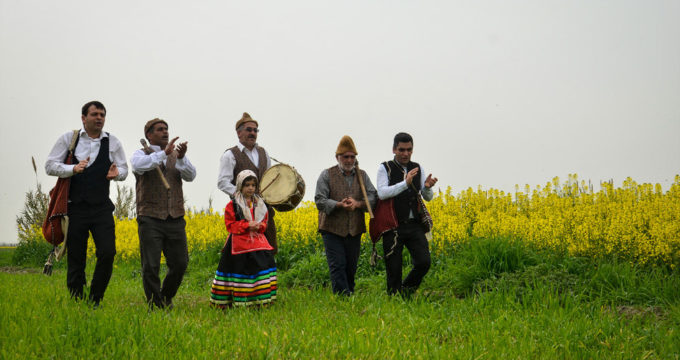 “The number of visitors to tourism sites during March 15-April 1 also increased by 33% to reach 99 million,” said Mohammad Moheb-Khodaei, the deputy head of Iran’s Cultural Heritage, Handicrafts and Tourism Organization  in an interview with JameJam Online on Monday.

The official noted that nearly 18 million travels were recorded during the New Year holidays, adding that unlike previous years, three waves of holiday trips were witnessed during Norouz.

Moheb-Khodaei believes that well-thought promotional programs and a higher number of seasonal events and ceremonies have made a great contribution to this achievement.

“We have recorded 800% growth in the number of visitors to Hormuz Island during holidays … No one used to visit Bashagard in Hormozgan Province but this year several tourists travelled to the city,” he said.

Almost all the provinces had come up with several appealing  plans for Norouz visitors, ranging from traditional ceremonies, local games, seasonal celebrations and free one-day tours for introducing local attractions to travelers.  Stats released by local tourism authorities confirm that such measures were welcomed by the public

The bullish growth in foreign exchange rates, along with the recent threefold increase in departure tax, could also be considered as key factors impacting Iranian families’ plans for Norouz holidays. The US dollar recorded 16.7% growth in value in the past six months. The increase was 16.47% for euro. Turkish lira and Emirati dirham, the national currency of two main destinations for Iranian travelers, also experienced 13% and 15.6% growth during the six months to April 3.

An almost similar state in the forex market in 2011 resulted in a decline in Iran’s outbound tourism; however, a precise study of these factors requires detailed statistics on Iranians’ outbound trips which is yet to be released.

A majority of Norouz travelers still prefer to take road trips.  Data released by the Ministry of Roads and Urban Development show roads accounted for nearly 63% of trips during the Norouz holidays. Sea travel followed with a 35% share from the total registered trips during the Iranian new year holidays. Sea travel registered the highest growth during Norouz, which comes as no surprise. Several plans were carried out last year to promote the sector, including boosting passenger fleet and enhancing facilities in passenger ports, mostly in southern Iran.

In fact, Nouruz could be named as the only time of the year when people have a longer time to take a trip. Therefore, ICHHTO is pursuing a plan to add a winter holiday to the national calendar to increase travel during the low season by cutting down the summer holidays for students.

Ali Asghar Mounesan, the head of ICHHTO, announced earlier that the organization will propose the winter holiday scheme to the parliament once again. The scheme failed to get the approval of lawmakers when it was earlier presented in the parliament.