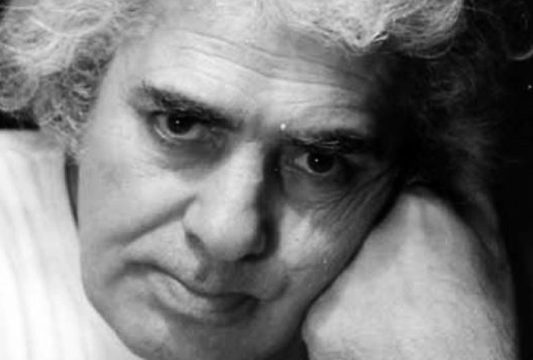 Financial Tribune- The recently published book by Cheshmeh Publication ‘Sinbad Through the Journey of Death’, is the first volume of interviews of late Persian poet, journalist and translator Ahmad Shamlou.

The second volume of the book containing the rest of Shamlou’s interviews has been compiled and is in the printing phase.

Shamlou (1925-2000) was arguably the most influential poet of modern Iran. His initial poetry was influenced by and in the tradition of renowned Persian poet Nima Youshij (1895-1960). Shamlou’s poetry is complex, yet his imagery, which contributes significantly to the depth of his works, is simple.

Shamlou has translated extensively from French to Persian, the most popular of which is ‘The Little Prince’ of Antoine de Saint-Exupéry.

His own works are also translated into a number of languages. Shamlou has written a number of plays, edited the works of major classical Persian poets, especially Hafiz (1315-1390). His thirteen-volume Ketab-e Koucheh (The Book of Alley) is a major contribution in understanding Iranian folklore beliefs and language. He also wrote fiction and screenplays and contributed to children’s literature and journalism.