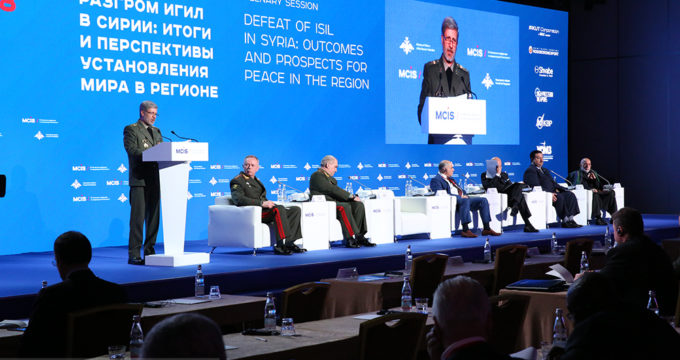 IRNA – Those killing the nuclear deal with Iran will be responsible for its negative consequences for the international order and security, Iran’s defense minister said on Wednesday.

Iran and the major world powers signed the nuclear agreement, known as the Joint Comprehensive Plan of Action (JCPOA), in 2015. Under the deal Iran accepted to curb its nuclear program in exchange for economic sanctions relief.

The 7th MCIS, being held in Moscow on April 4-5, will focus on recent defeats of terrorists in Syria and will be attended by defense ministers, chiefs of staff, senior commanders as well as officials of international organizations from more than 80 countries.

We also consider the disloyalty of the US and some of its Western allies to the deal and their attempt in finding excuses to not implement it, as the factors that will harm the international trust, he said.

‘Tehran sees boosting its defensive power and authority, particularly in missile field, as its natural right for legitimately defending itself in the region,’ the general said, adding that the country will pursue developing and enhancing the power decisively to confront various existing and rising threats.