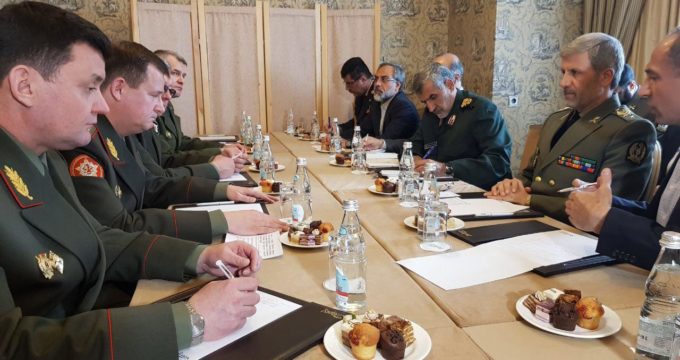 General Hatami made the remarks on Tuesday in a meeting with his Belarus counterpart Andrei Ravkov.

The Iranian Defense Minister arrived in the Russian capital on Tuesday to participate at the VII Moscow Conference on International Security.

He also praised Belarus’ no vote to the unreal and biased UN resolution as regard human rights conditions in Iran.

General Hatami also appreciated both countries’ cooperation in the recent round of the Chemical Weapons Convention (CWC) held in The Hague.

Ravkov, for his part, pointed to friendly and dynamic ties between Iran and Belarus, saying the interaction is subject to increase.

The decisions made by leaders of Iran and Belarus motivate cooperation, he said.

Both countries support each other at the international bodies like in the United Nations, he noted.

‘We support the attempts made by Iran and the international community and we are after lifting the rest of sanctions imposed on Iran,’ Ravkov said.