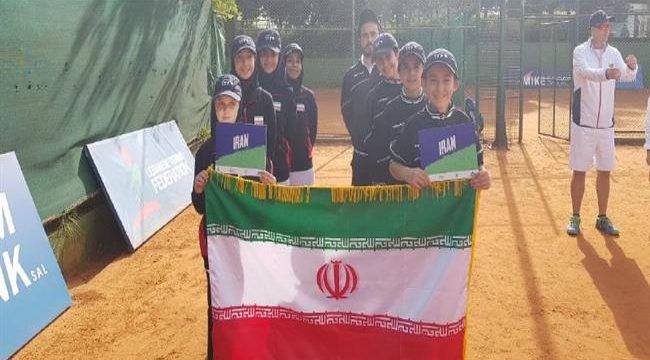 Press TV – The Iranian under 12 boys’ tennis team has captured the crown at the conclusion of the Asian 12 & Under International Tennis Federation (ITF) Team Competition for West Asia.

The Iranian teenage boys, who had earlier defeated Syria, Yemen, Qatar and Jordan to progress to the title challenge of the tournament in Lebanon, prevailed over their Lebanese rivals 2-1 in the final on Saturday and picked up the trophy.

Kasra Rahmani beat his Lebanese opponent (6-1 and 6-1) in the first individual match, before Amir Ali Qavam was beaten (5-7 and 6-3) by Lebanese tennis player Fadi Baydan in the next individual meet.

Earlier, the Iranian under 12 girls’ tennis team had emerged as the vice champion of the Asian 12 & Under ITF Team Competition for West Asia.

The Iranian under 12 boys’ and girls’ tennis teams could also book tickets for the ITF Asian 12&U Team Championships, which will be held in the Kazakh capital city of Astana in September.