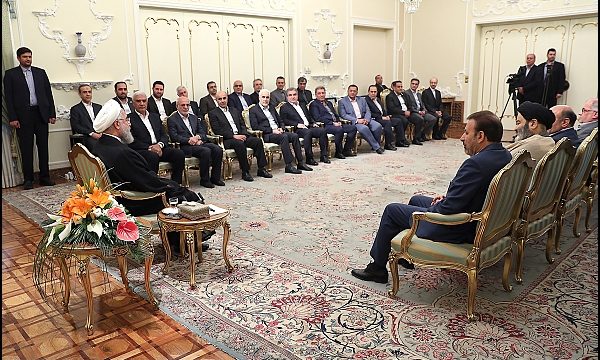 Undoubtedly, the country will benefit from having interactions with the neighboring countries and the world, Rouhani said Tuesday in a meeting with some ministers, governors and managers of the executive bodies.

Commenting on launching national messengers, he said it aims at removing monopoly not filtering or restricting access.

He expressed the hope for Iranian New Year to bring security, development, brotherliness and unity for Iranians.