A Look at Iranian Newspaper Front Pages on April 3

Iran Front Page- IFP has taken a look at the front pages of Iranian newspapers on Tuesday, April 3, and picked headlines from 17 of them. IFP has simply translated the headlines and does not vouch for their accuracy.

On the first working day after the New Year (Nowruz) holidays in Iran, almost all newspapers dedicated their top headlines to the name of the New Year, “Year of Support for Iranian Products”, and the call made by the Leader of Iran’s Islamic Revolution Ayatollah Seyyed Ali Khamenei for a strong support of domestic production.

The sharp rise in the dollar rate during the Nowruz holidays also received great coverage and was used by several papers to attack the government of President Hassan Rouhani.

The Israeli regime’s slaughter of Palestinian people during their recent peaceful protests was among other top stories covered in today’s papers. 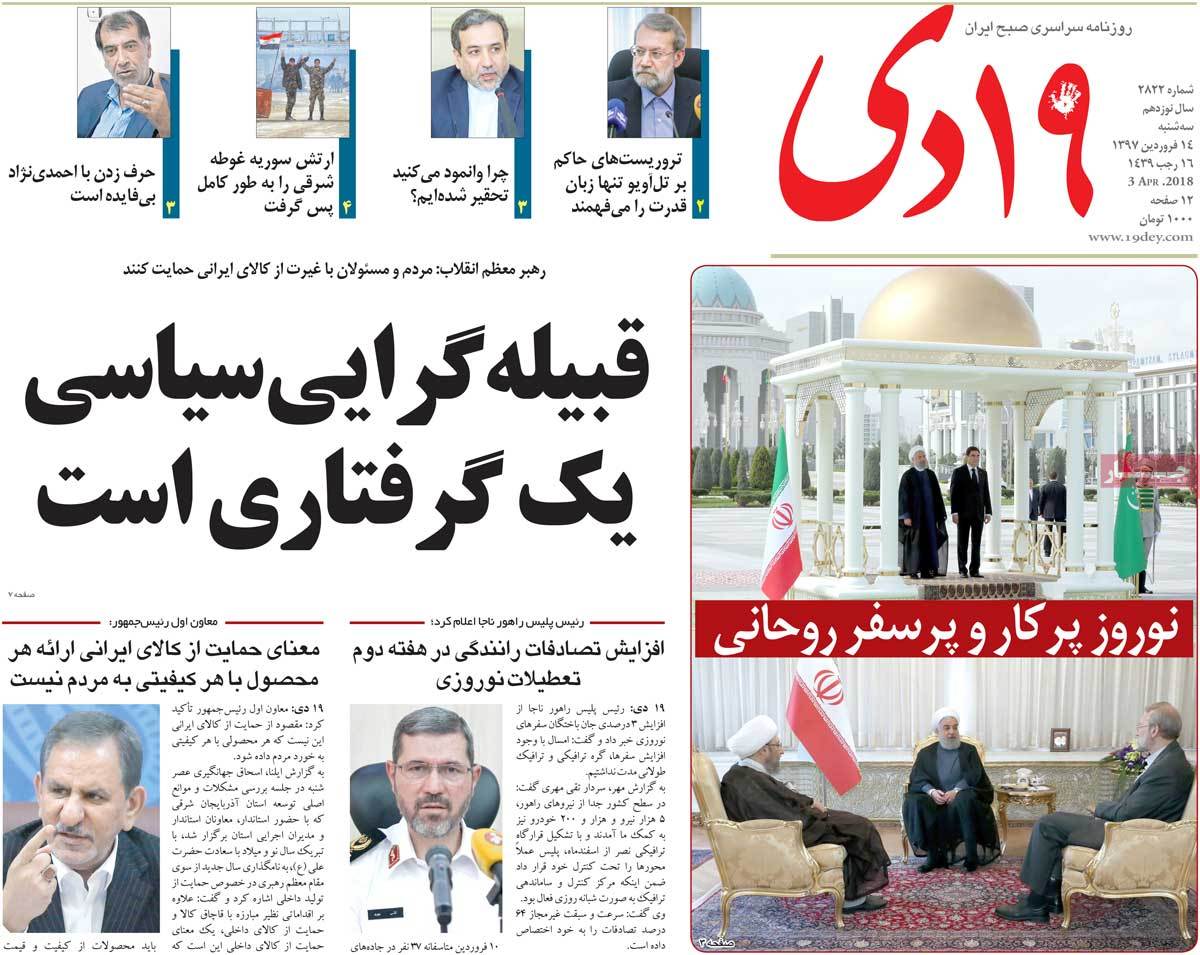 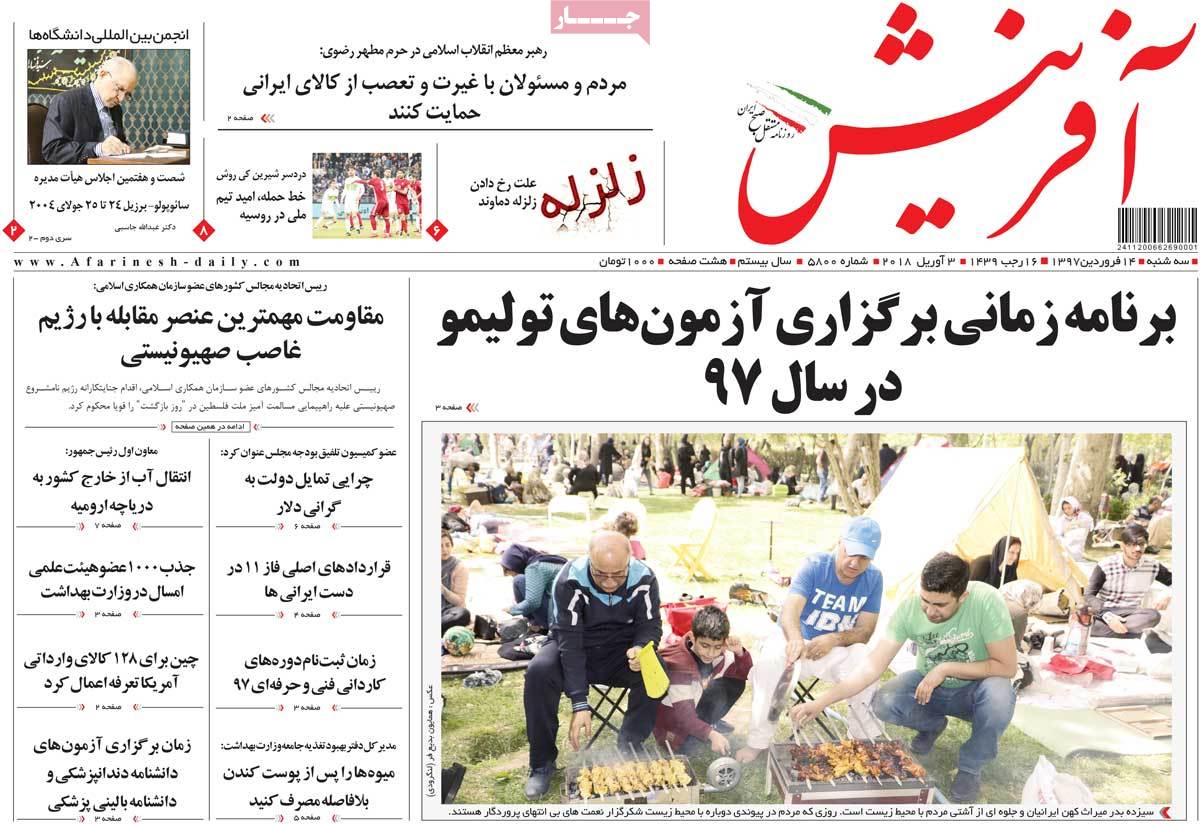 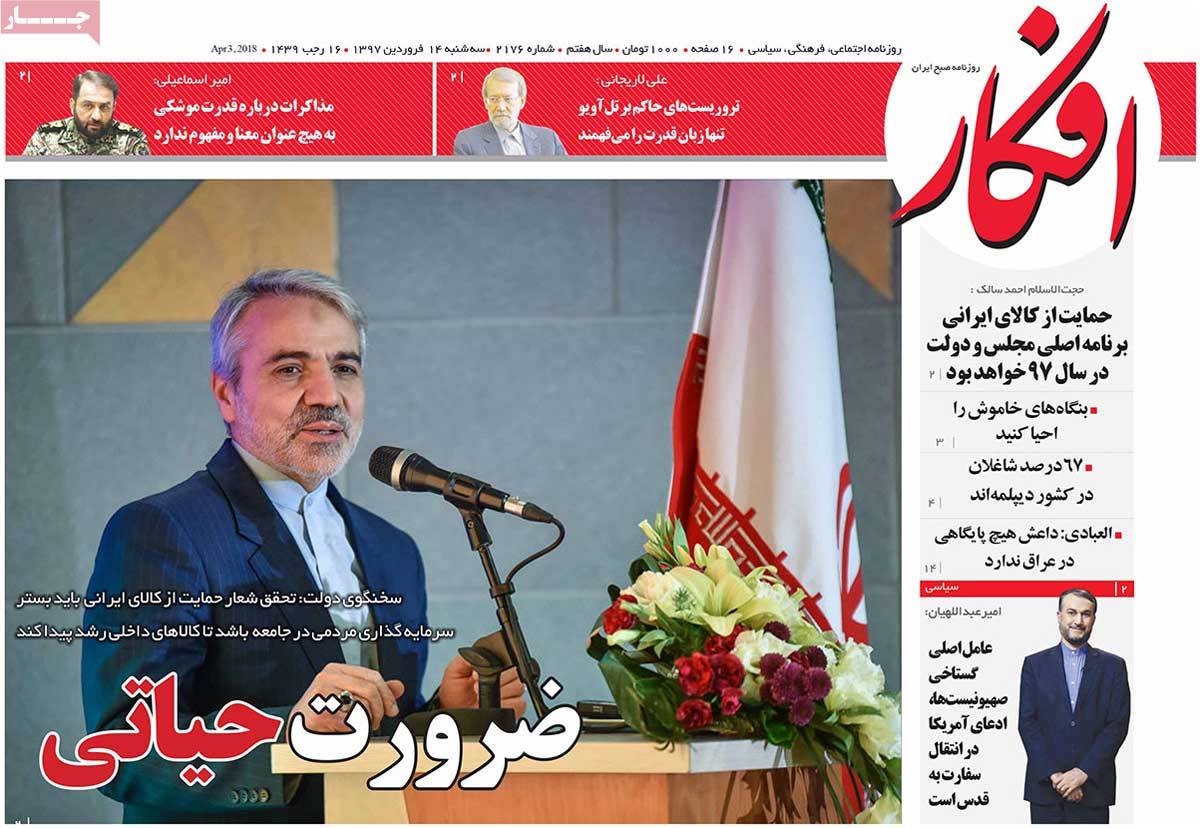 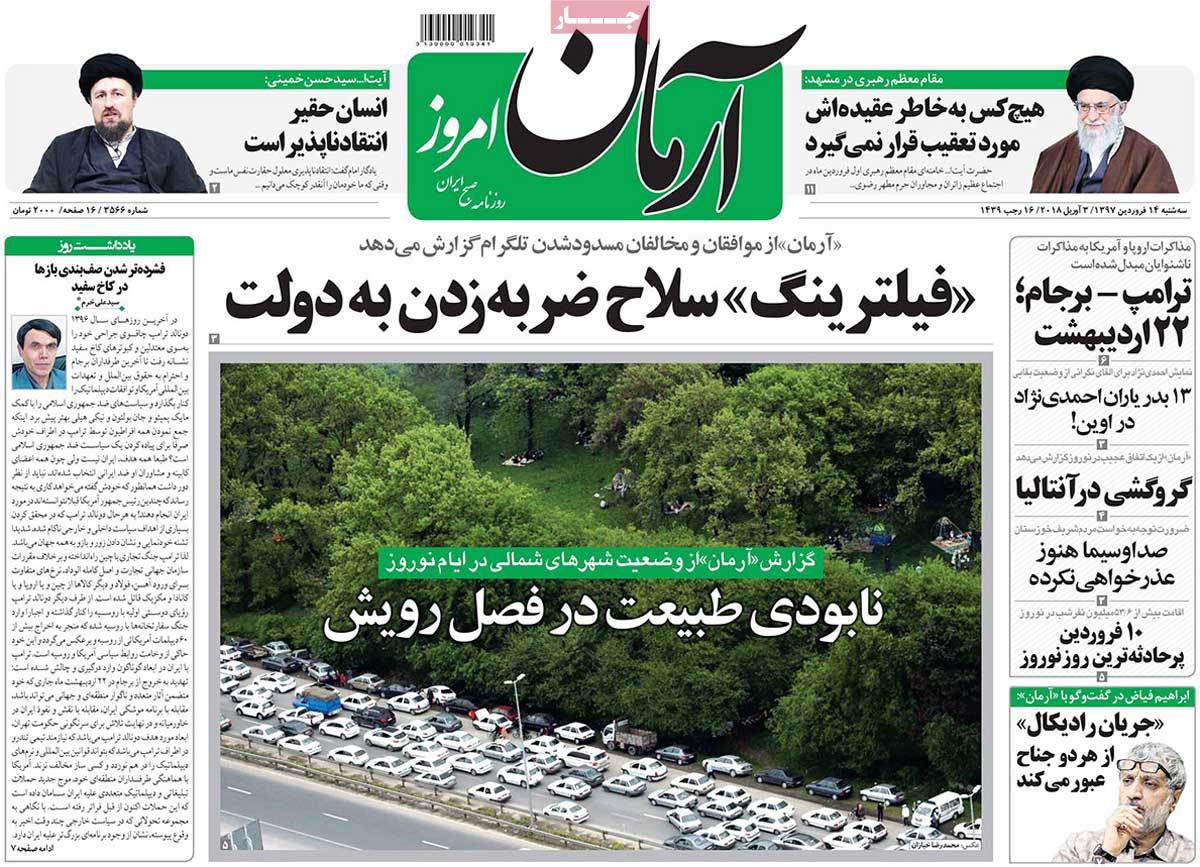 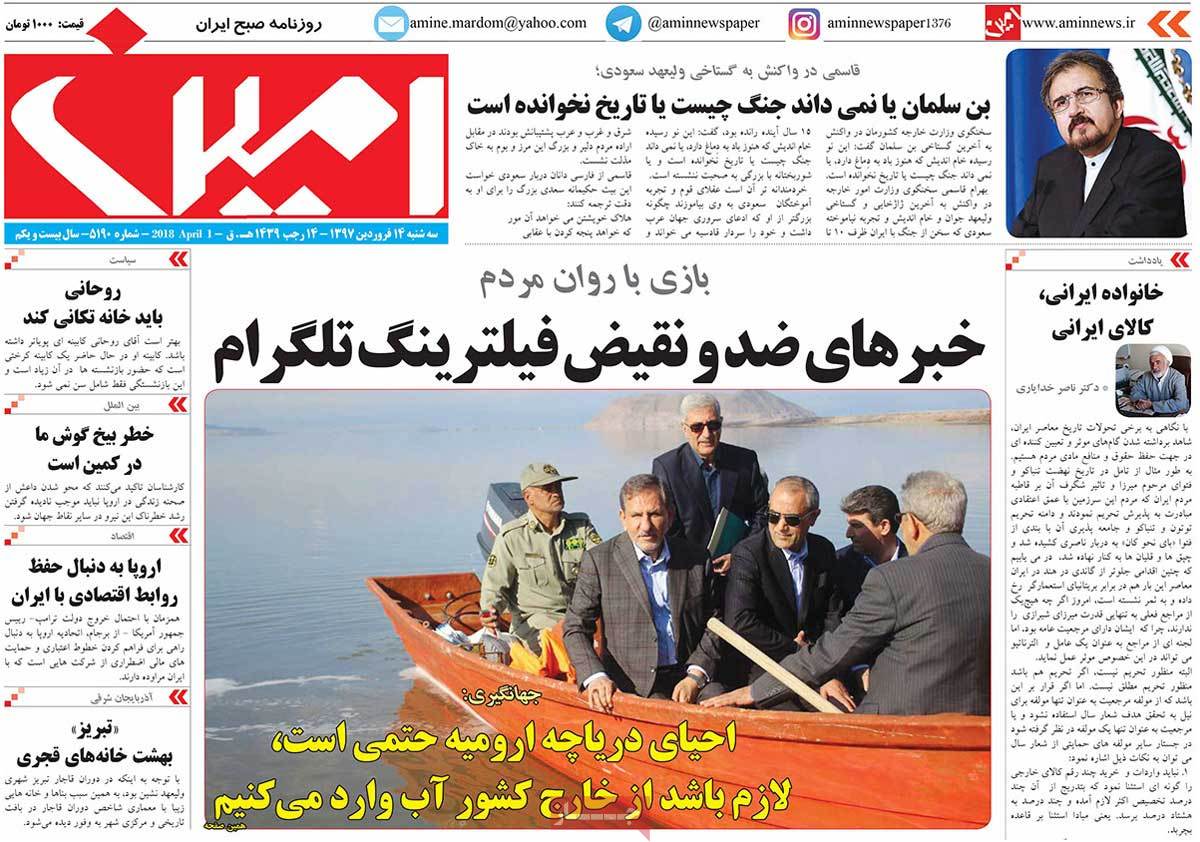 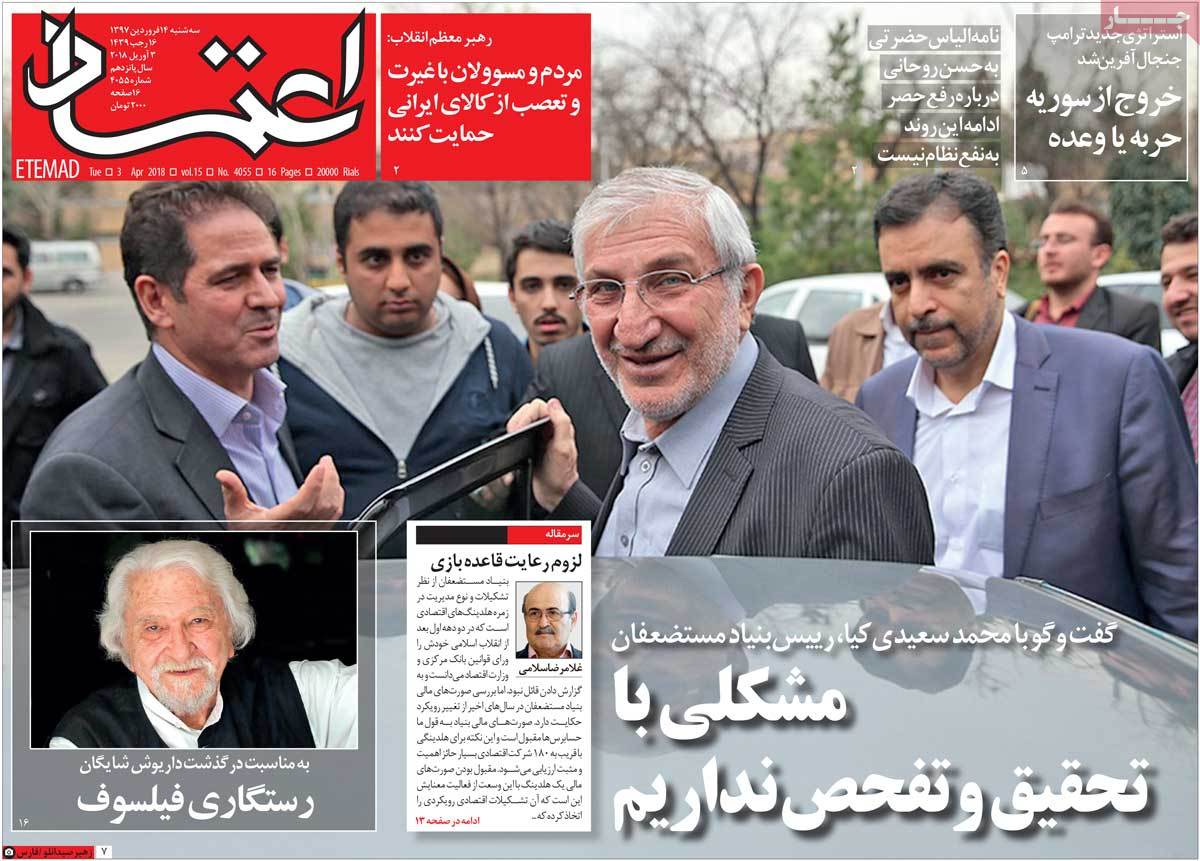 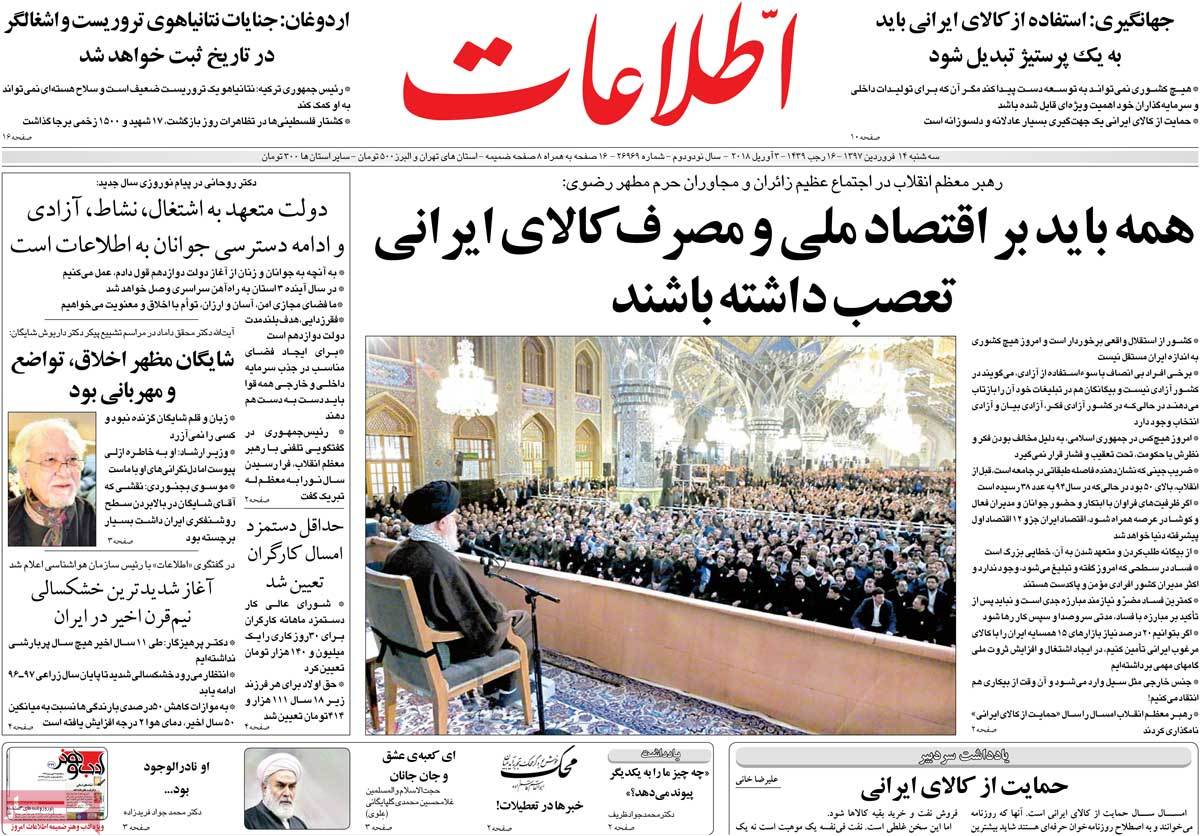 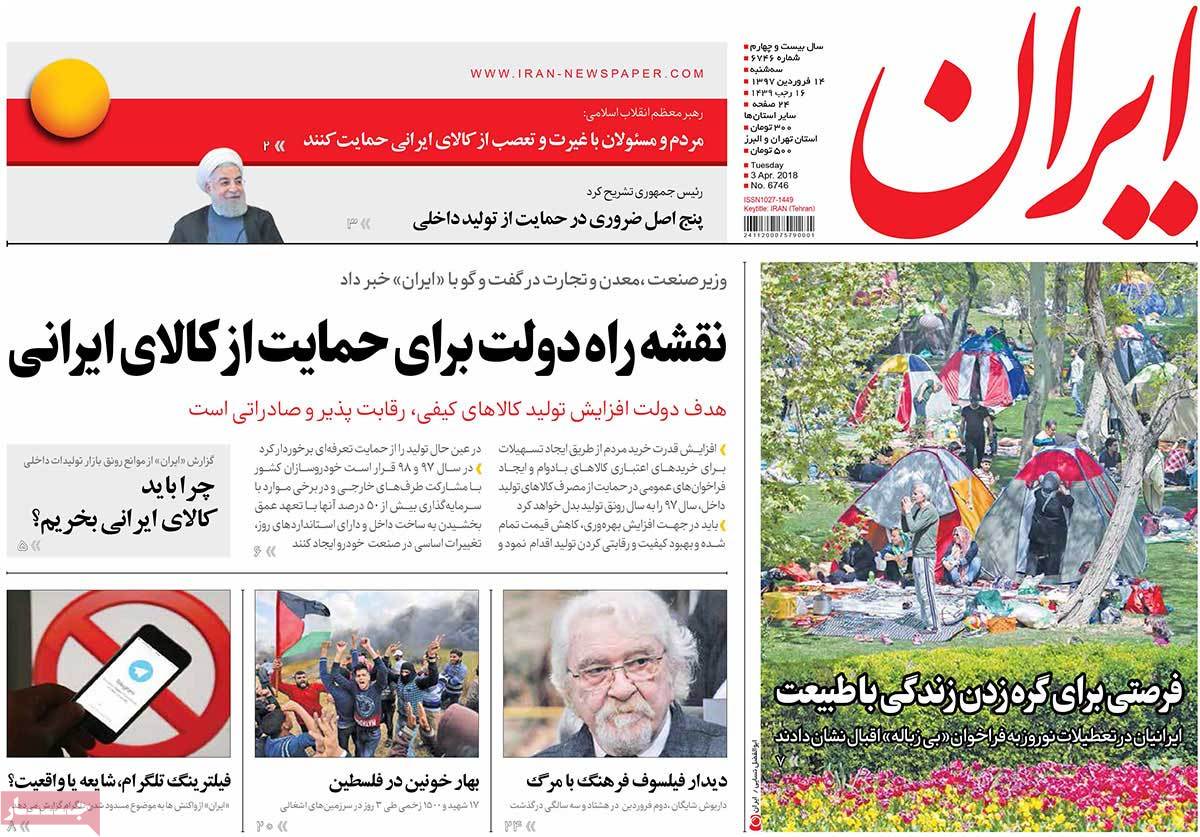 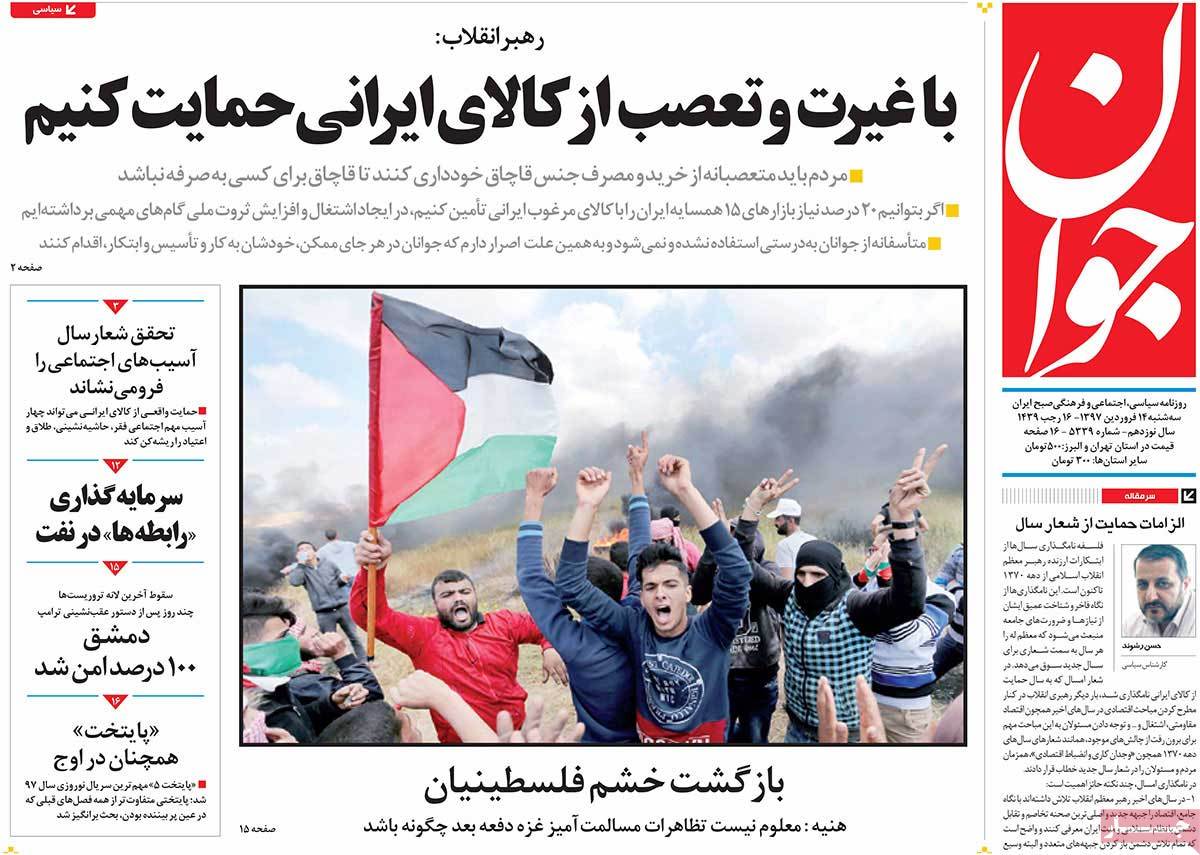 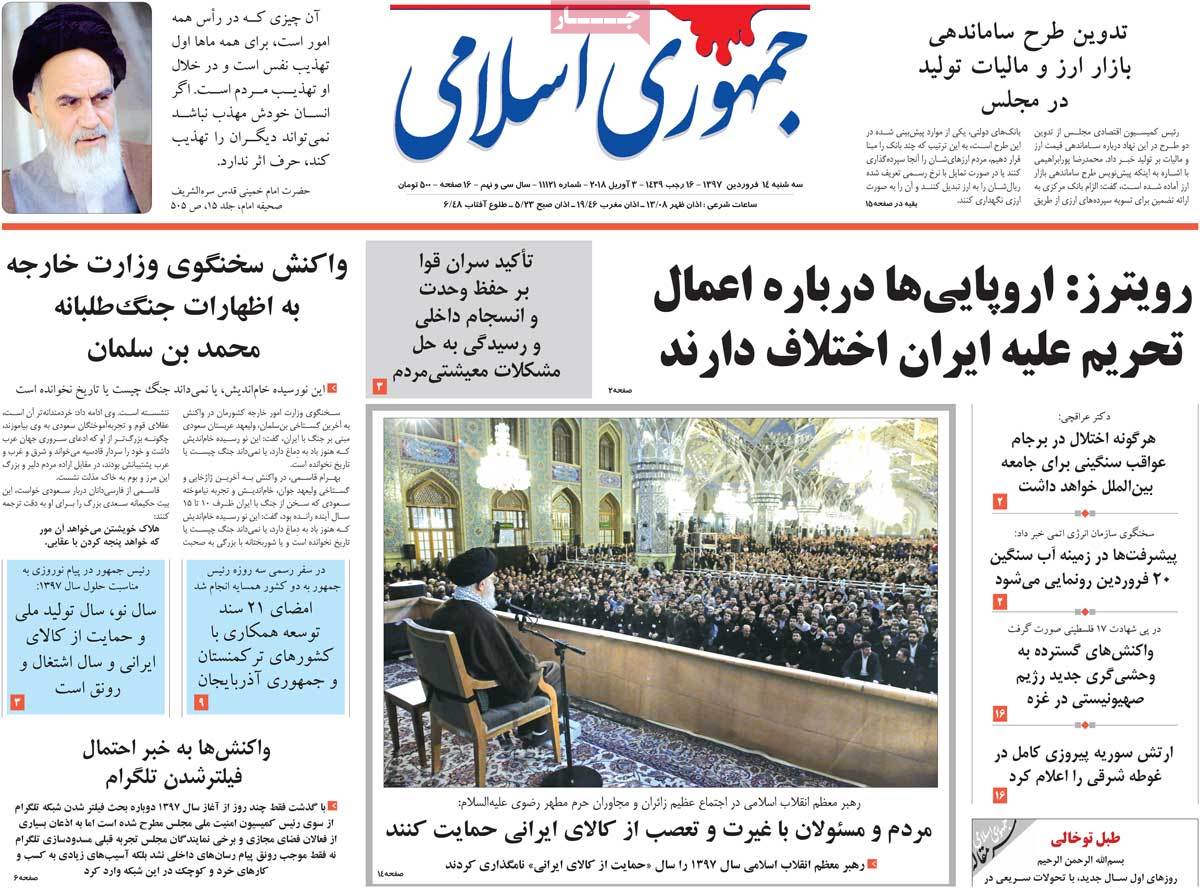 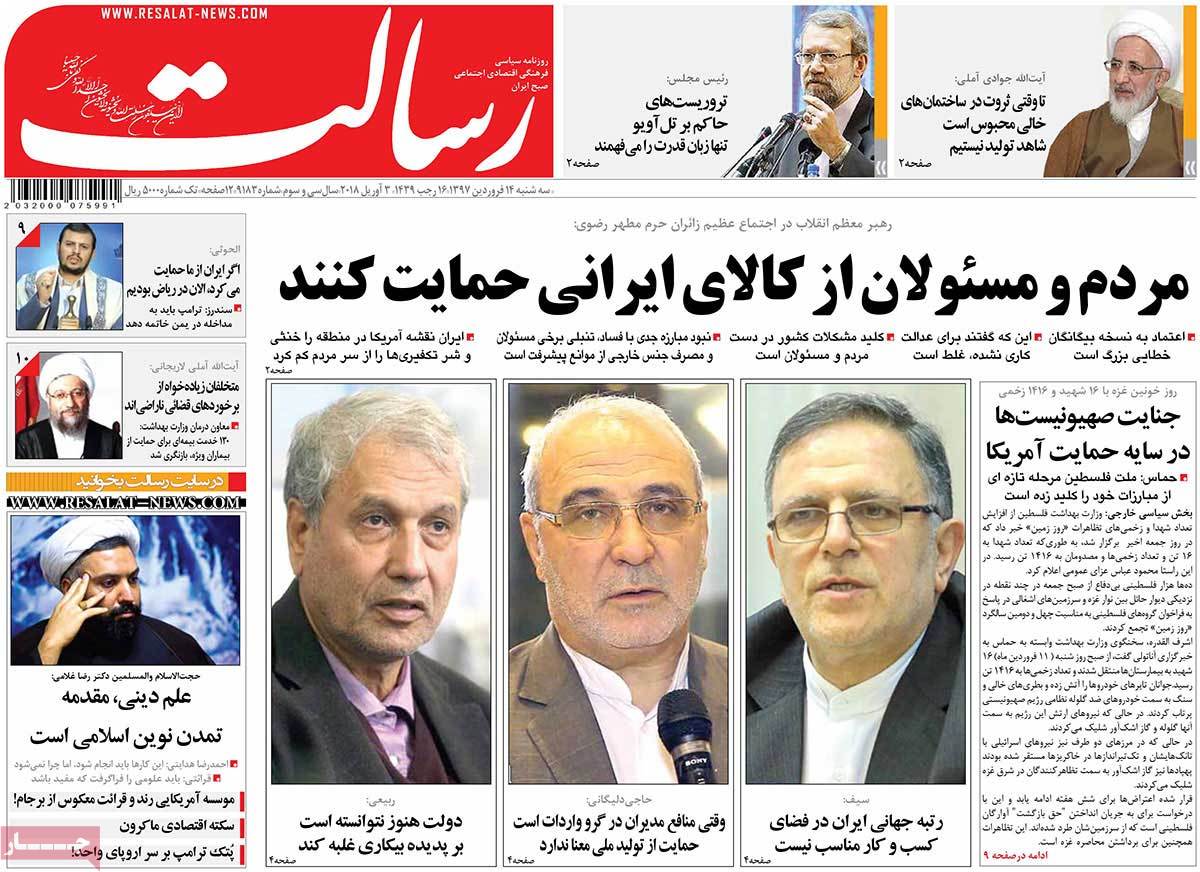 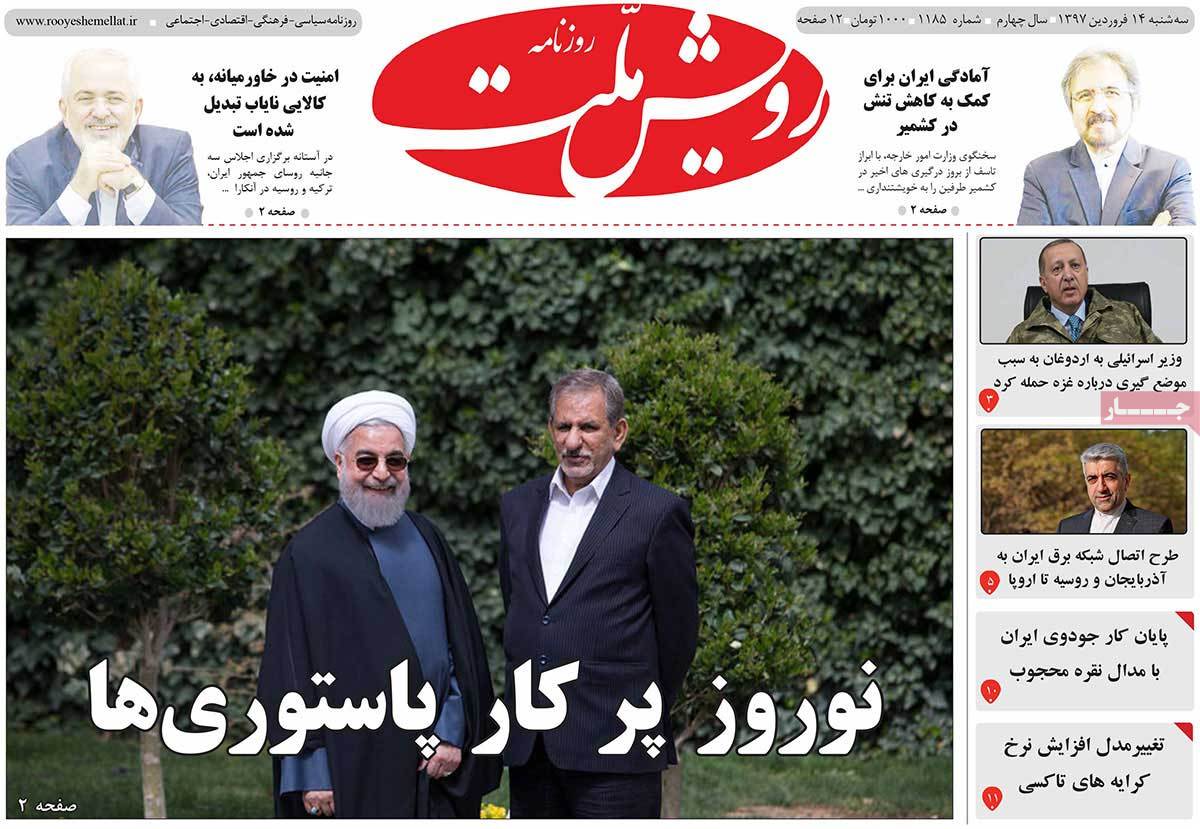 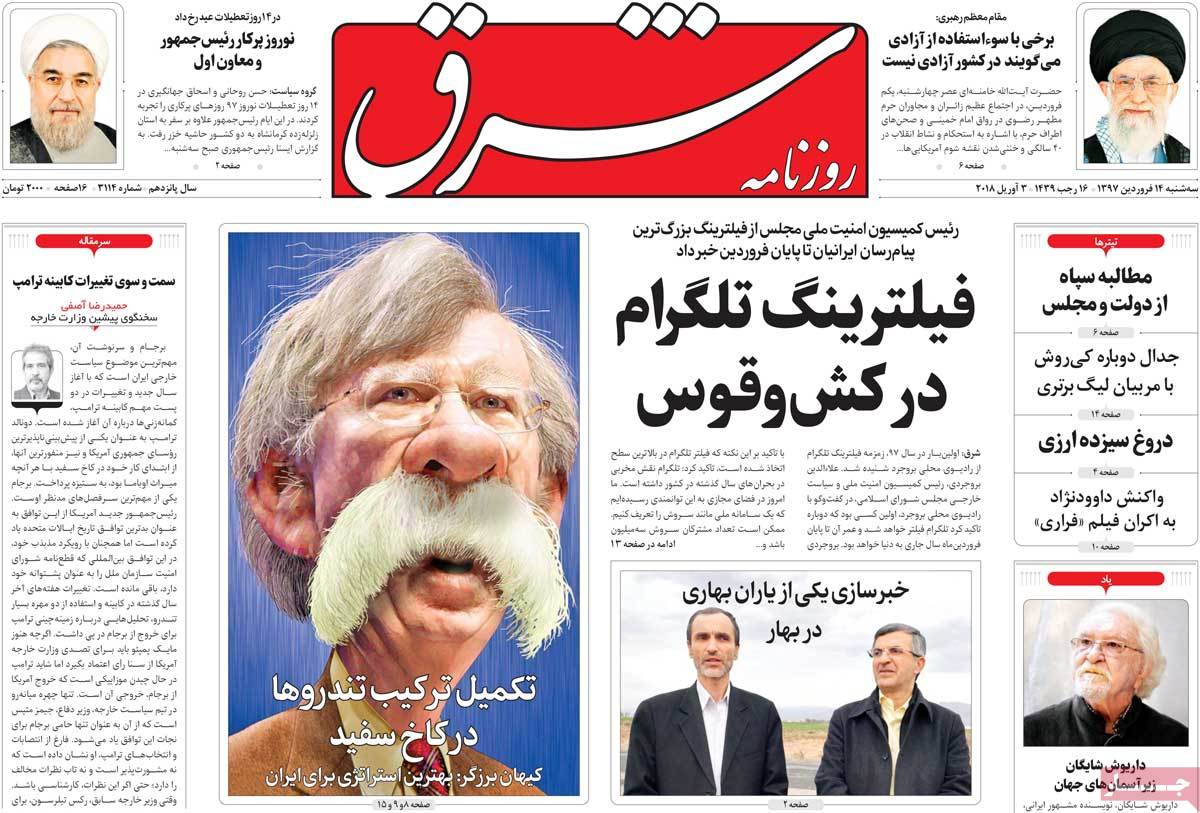 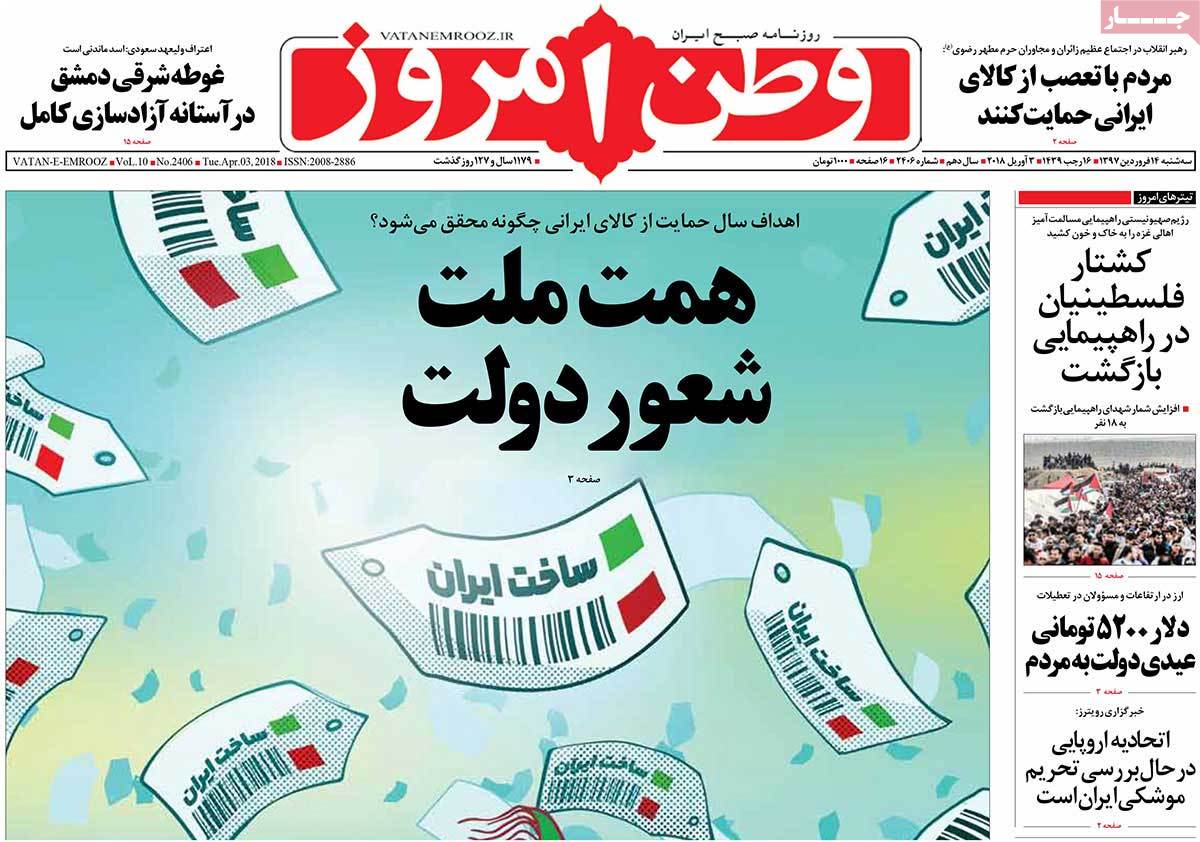