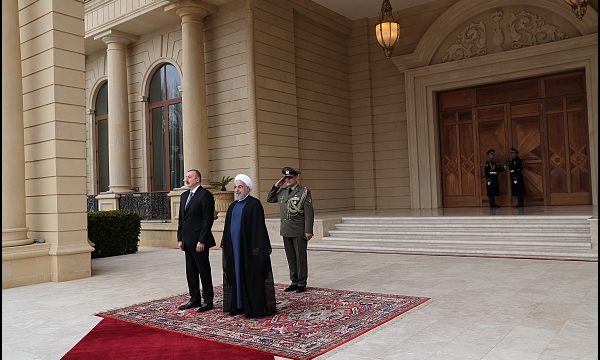 In the welcoming ceremony, the two presidents reviewed the guard of honor after the national anthems of both countries were played.

Right after the ceremony, the high-ranking delegations headed by the two presidents began their bilateral talks.

President Rouhani arrived in the Azeri capital earlier in the day following a two-day visit to Turkmenistan.

The two countries are scheduled to sign several cooperation documents during President Rouhani’s stay in Baku.

Inauguration of a joint auto-making factory, as well as a railway project and a power station are on the agenda of President Rouhani’s visit to Azerbaijan.

The two countries will also sign a document on oil and gas projects in the Caspian Sea which will be seen as an important agreement in promotion of Tehran-Baku economic relations.