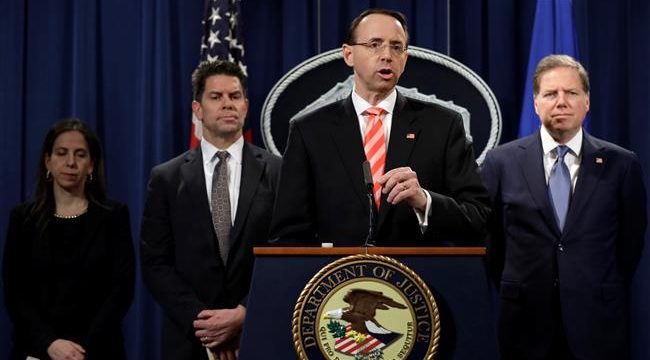 Press TV- Iranian Foreign Ministry spokesman Bahram Qassemi has condemned the new US sanctions against several Iranian nationals and an engineering company as an act of provocation, saying the policy will fail to prevent the technological progress of the Iranian nation.

“The US will definitely not benefit from the sanctions gimmick aimed at stopping or preventing the scientific growth of the Iranian people,” Qassemi said in a statement early on Saturday morning.

On Friday, the administration of US President Donald Trump imposed sanctions against 10 Iranian nationalsand a tech firm over allegations of launching what it described as “state-sponsored hacking campaigns” against several US and foreign universities as well as dozens of US companies and government agencies.

Qassemi condemned the sanctions as “provocative, illegal and unreasonable,” calling them a vivid example of Washington’s hostility against the Iranian nation.

Washington has adopted a much more belligerent stance against the Islamic Republic since Trump took office in January 2017.