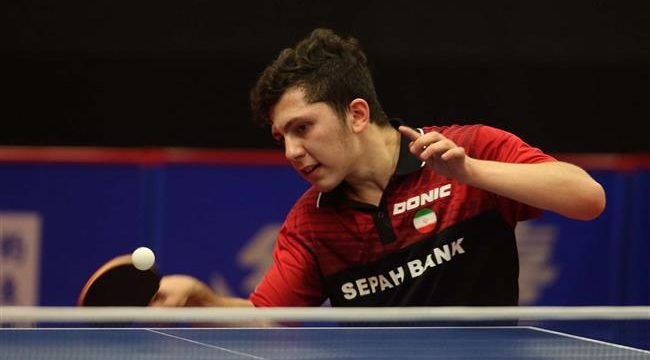 Press TV- Iranian table tennis players have exhibited awe-inspiring performances at the 2018 Tunisia Junior & Cadet Open and managed to win the men’s team title after overcoming the Chinese squad in the title showdown.

On Tuesday, the Iranian squad, comprised of Amin Ahmadian and Amirreza Abbasi, put a great end to its campaign at the international sporting event in the northeastern Tunisian city of Radès, situated 9 kilometers southeast of the capital Tunis, and sank the Chinese duo of Zhang Shangzheng and Zhang Bo 3-1 in the final challenge.

“I must confess that from the group stage to the final, all the matches were very tough; For me it was amazing for Iranian players to beat the Chinese team twice in the same competition. I am very happy winning the title and I hope this will put me in good mood for the singles event. I am also optimistic that I can make it to the final of the Boys’ Singles,” Ahmadian said.