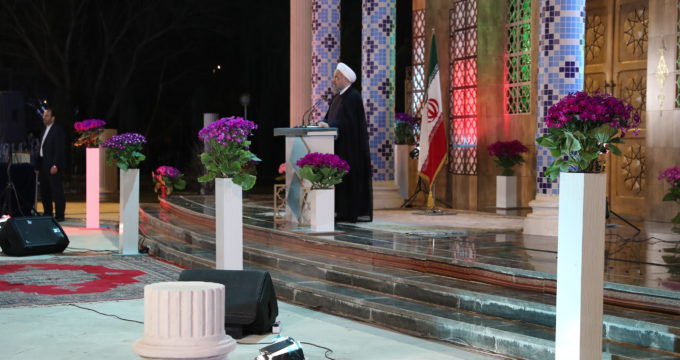 president.ir- In his televised Nowruz address, President Rouhani described year 1396 as the year of success for the great Iranian nation in various fields despite the wish of the enemies and said: “The unity among the Iranian nation has surprised all enemies and they admitted to the greatness of our people”.

Kermanshah province, President Hassan Rouhani said: “As the Supreme Leader said, the new year is the year of national production, supporting Iranian goods and the year of employment and progress”.

He also went on to say: “I congratulate the great Iranian nation in every corner of this country and all Iranians around the world, as well as those neighbouring countries that celebrate Nowruz”.

Congratulating the new year to the families of the martyrs and veterans, the President said: “We must remember those who have chosen to serve the people instead of sitting at home, doctors, nurses, pilots, drivers, border guards, the police and all those who are at the oil wells, control rooms of the ambulances, firefighter trucks and on the roads to serve the people”.

Our people sympathise with those who have mourned for their loved ones because of the floods, earthquake or incidents in the air or water, said the President, adding: “Last year was the year of victory and success of the Iranian nation, especially during the elections”.