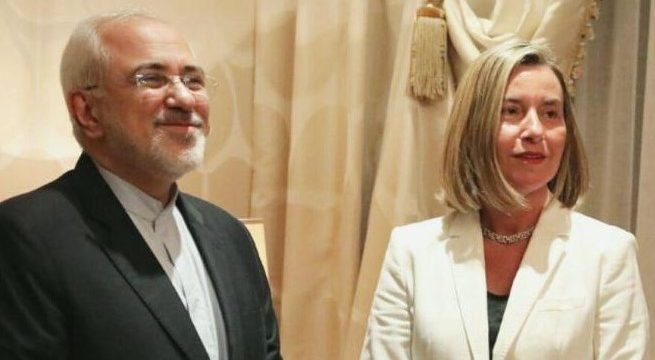 Iran’s coverage: EU has no intention to impose additional sanctions on Iran

EU foreign ministers will not discuss the introduction of new sanctions against Iran during the Monday session of the Foreign Affairs Council, EU foreign policy chief Federica Mogherini said Monday.

President of the Islamic Republic of Iran sent a message to Angela Merkel to congratulate her on her election to fourth term as the Chancellor of Germany and stressed that long-standing, amicable and constructive Tehran-Berlin ties were a good opportunity to further deepen relations between the two countries.

Iranian Minister of Petroleum Bijan Zangeneh is scheduled to leave Tehran for Turkmenistan to engage in energy talks with Turkmen officials.

The National Iranian Oil Company (NIOC) and Pasargad Energy Development Company (PEDC) have signed a contract for the integrated development of Sepehr and Jofeir Fields with an estimated CAPEX of 2.4 billion dollars.

Iran Civil Aviation Organization has permitted Aseman Airlines to resume operation of its ATR-72 planes following their grounding over the Feb. 8 plane crash with 65 people on board.

The man who ploughed his bus into a group of the Iranian police officers killing three of the security forces during unrest in a Tehran northern street about a month ago, has been sentenced to death.

Iranian President Hassan Rouhani is scheduled for a state visit to Turkmenistan on 27 March and a trip to Azerbaijan Republic on 29 March, 2018.