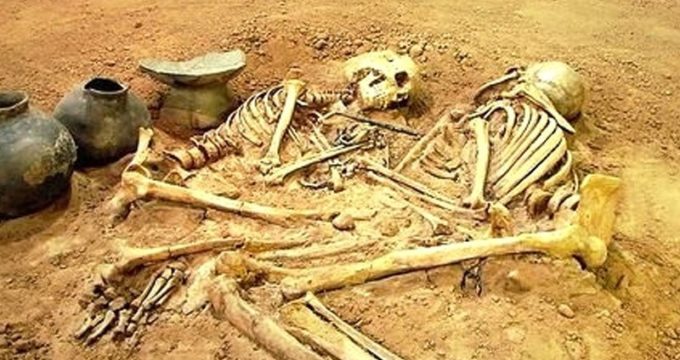 IRNA – The 5,000 years old skeletons and items found alongside them in the Burnt City, eastern Iran, are displayed in Mashad, director general of the Cultural Heritage, Handicrafts and Tourism Organization of Razavi Khorasan Province, northeastern Iran.

‘Three skeletons were transported to a museum to be on display in Norouz,’ said Abolfazl Mokremifar.

He also said that the aim of the exhibit is that tourists who come to Mashad be able to see the precious findings.

One of the most amazing findings of the Burnt City is the discovery of the signs of the most ancient brain surgery on the skull of a 12 or 13-year-old girl in 4800 years ago parts of which had been removed by doctors of that area for the treatment of hydrocephalus (collection of liquid in the skull) and undergone surgical operation. The girl had stayed live long after the operation.