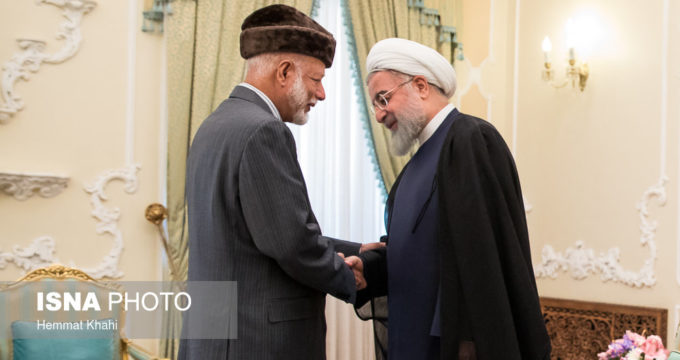 Iran determined to cement ties with Oman in all fields

President had a meeting with Oman’s Foreign Minister Yusuf bin Alawi, and expressed the friendly, brotherly and growing relations and cooperation between the two countries and emphasised the need for efforts to develop and strengthen the relations between Tehran and Muscat.

A senior Iranian security official has called for dialogue between factions in Yemen to end the conflict there, Iranian state media reported on Saturday.

Rapporteur of the Iranian parliament’s National Security and Foreign Policy Commission Seyed Hossein Naqavi Hosseini rapped certain European states’ attempts to impose new sanctions against Iran under the pretext of convincing the US to keep the 2015 nuclear deal, describing it as violation of the internationally-endorsed agreement.

Iran urges Europeans not to mix JCPOA with missile issue

Speaker of Iranian Parliament Ali Larijani urged Europeans not to mix JCPOA with the country’s missile program, adding the should stick to their commitments under the nuclear deal and pressurise the US into fulfilling its obligations.

Remains of four Iranian soldiers’ bodies were unearthed in eastern Iraq near the border with Iran, said an Iraqi authority.

Russian Embassy in Tehran announced on Sunday that about 150 Russian citizens living in Iran voted in the ongoing Russian presidential elections until midday.

The Charter of the United Nations admits no ultimatums or sanctions initiated by the United States if there are alternative viewpoints, Russia’s Foreign Minister Sergey Lavrov said.

1397 to be year of investment, economic growth, social justice

Speaking after the last cabinet session of year 1396, president congratulated Nowruz to the great Iranian nation and the press in advance and wished a happy new year for everybody, saying: “With their ample taste, Iranians have chosen the best season and day as Nowruz celebration and the beginning of the new year, and on the other hand, Islam has emphasised good traditions, including Iranians’ great national feast”.