A Look at Iranian Newspaper Front Pages on March 17

Iran Front Page- IFP has taken a look at the front pages of Iranian newspapers on Saturday, March 17, and picked headlines from 20 of them. IFP has simply translated the headlines and does not vouch for their accuracy.

All newspapers today covered the remarks made by the Leader of Iran’s Islamic Revolution Ayatollah Seyyed Ali Khamenei in a meeting with members of the Assembly of Experts, a body responsible for choosing or dismissing the country’s Leader.

A meeting of the JCPOA Joint Commission in the Austrian capital of Vienna also made headlines on Saturday. Several papers referred to the US pressure on Europe, and the EU’s efforts to appease Trump in order to keep him in the nuclear deal.

The latest round of trilateral talks between Iran, Turkey, and Russia on the Syrian crisis was also a top story today, as the final statement released by the three countries’ foreign ministers received great coverage today. 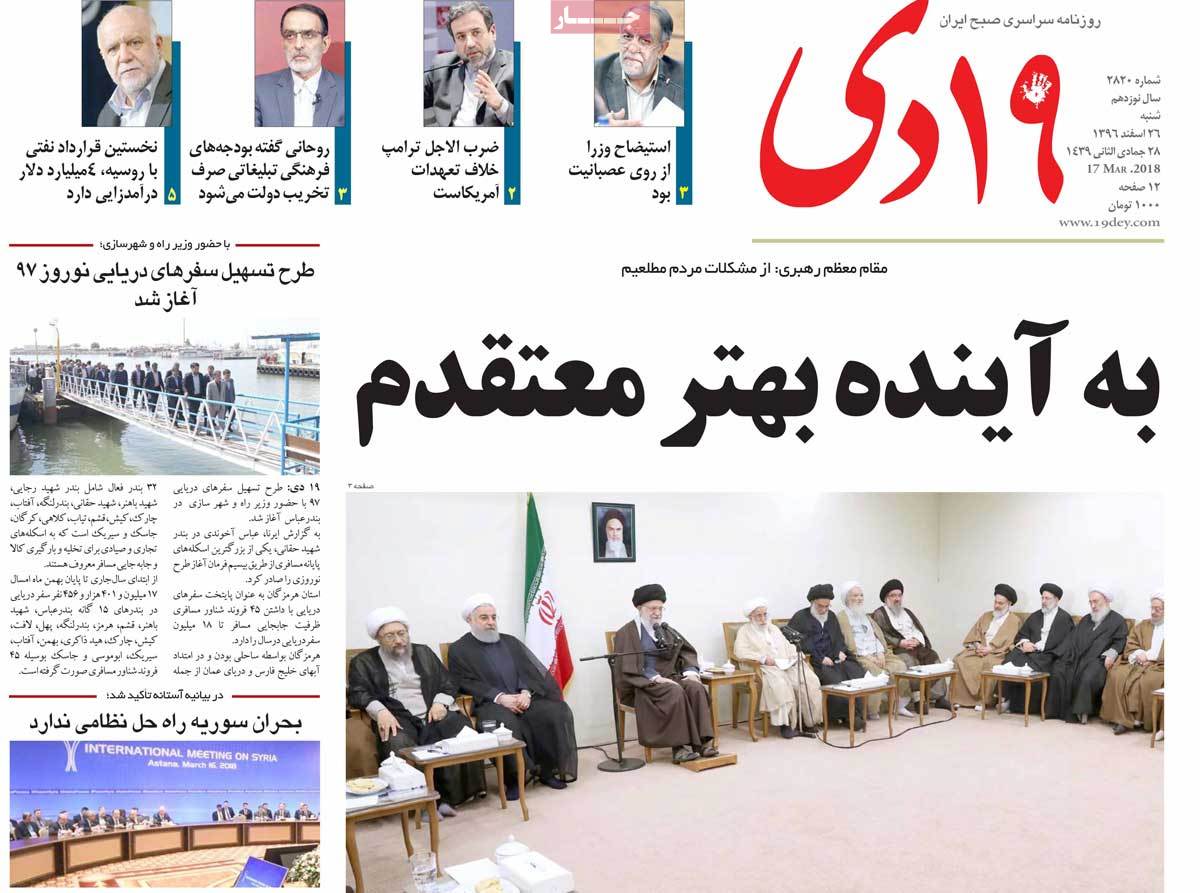 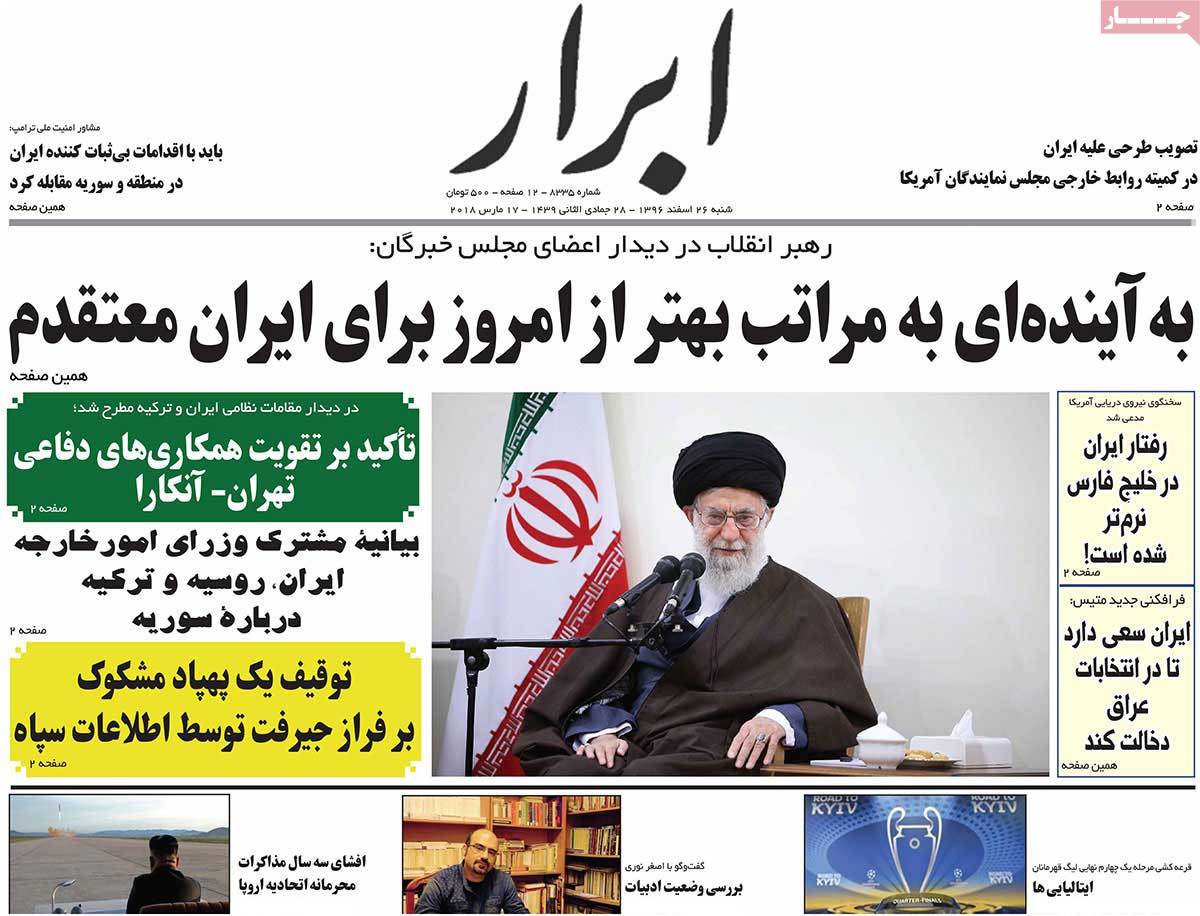 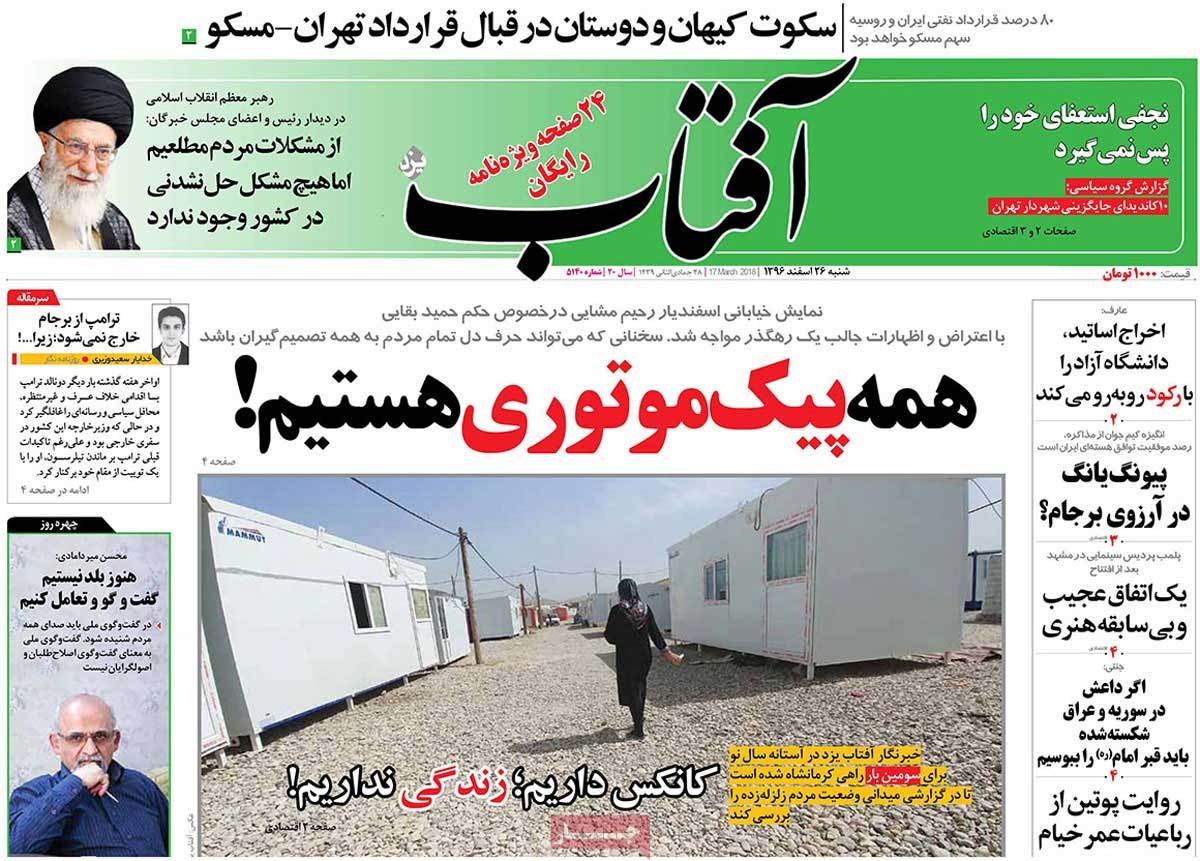 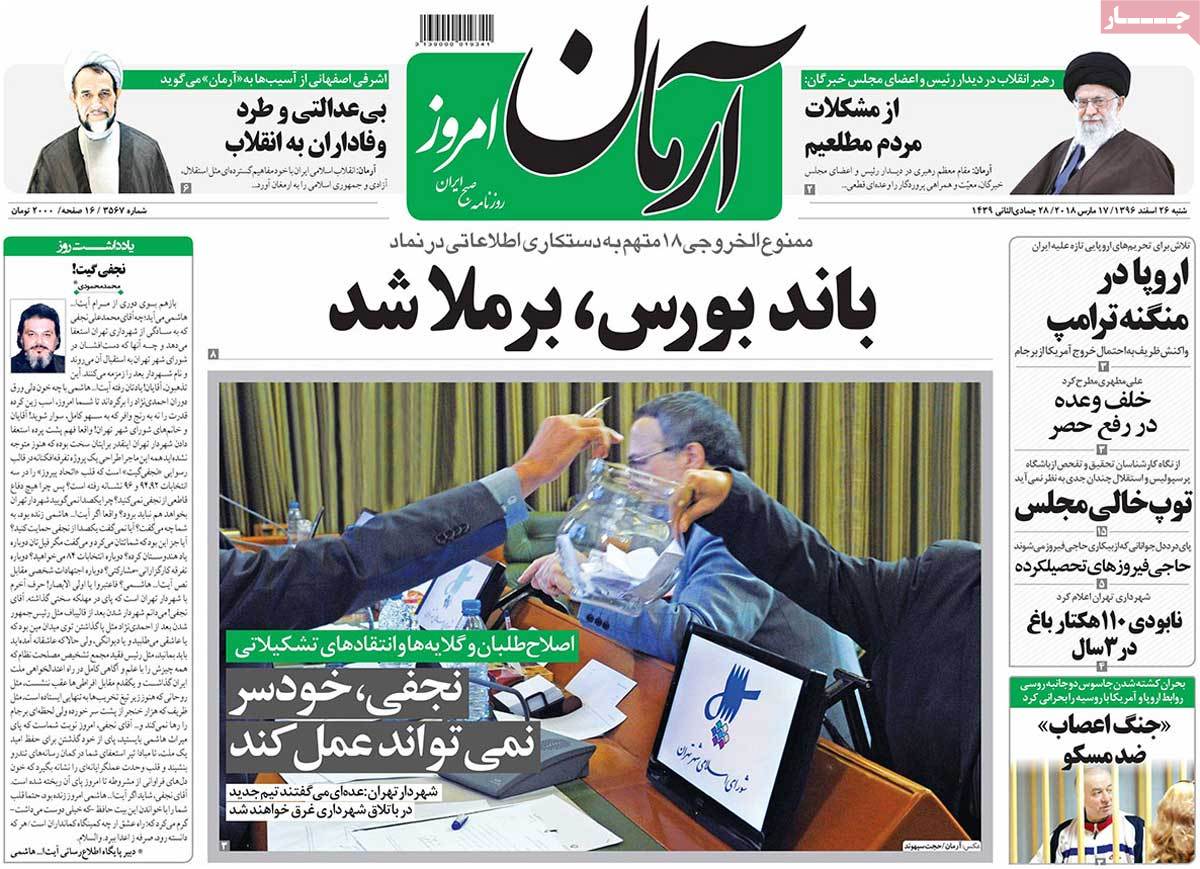 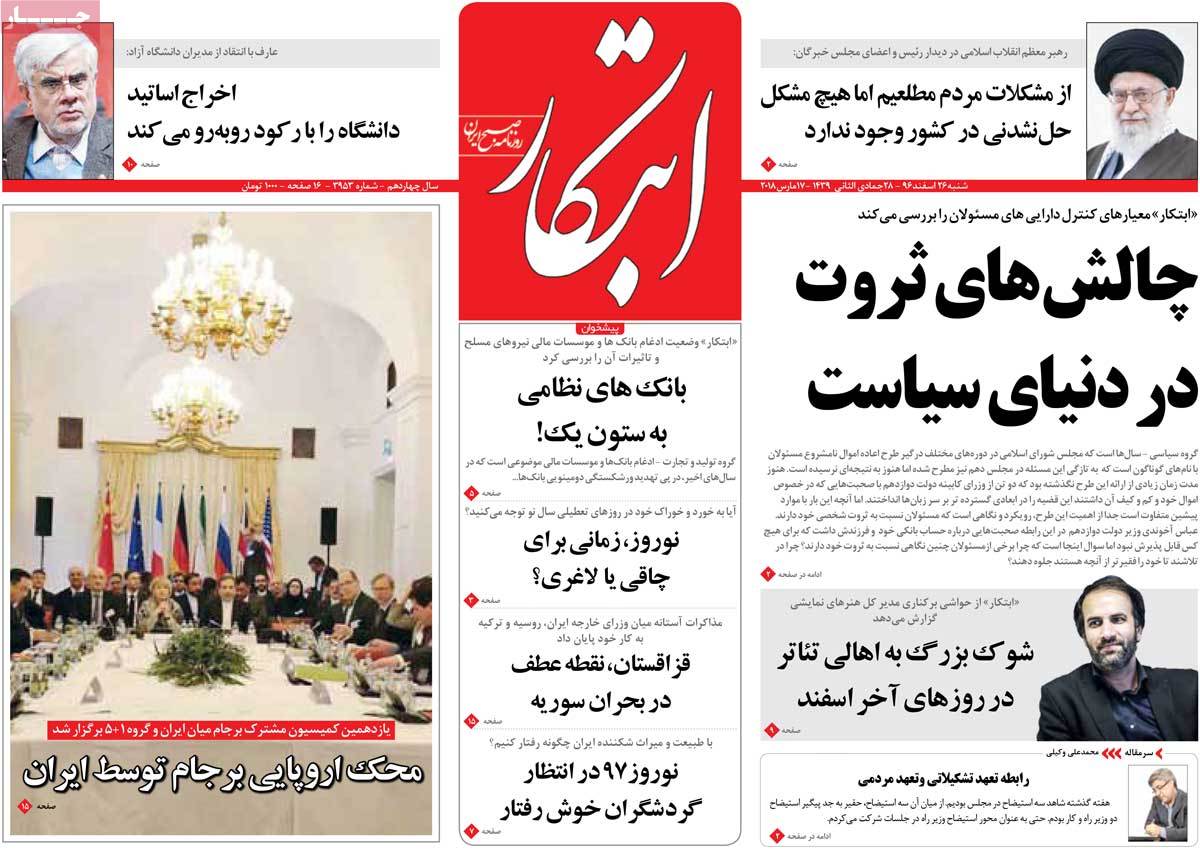 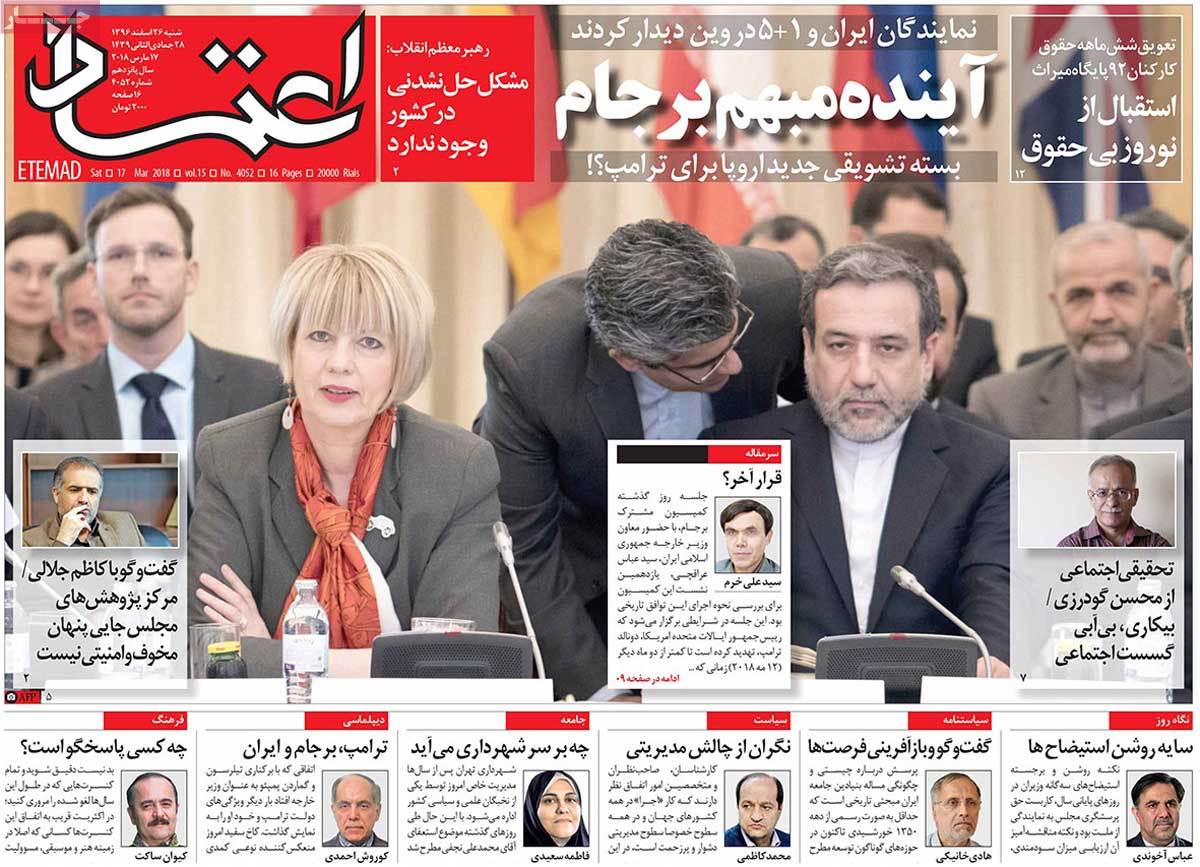 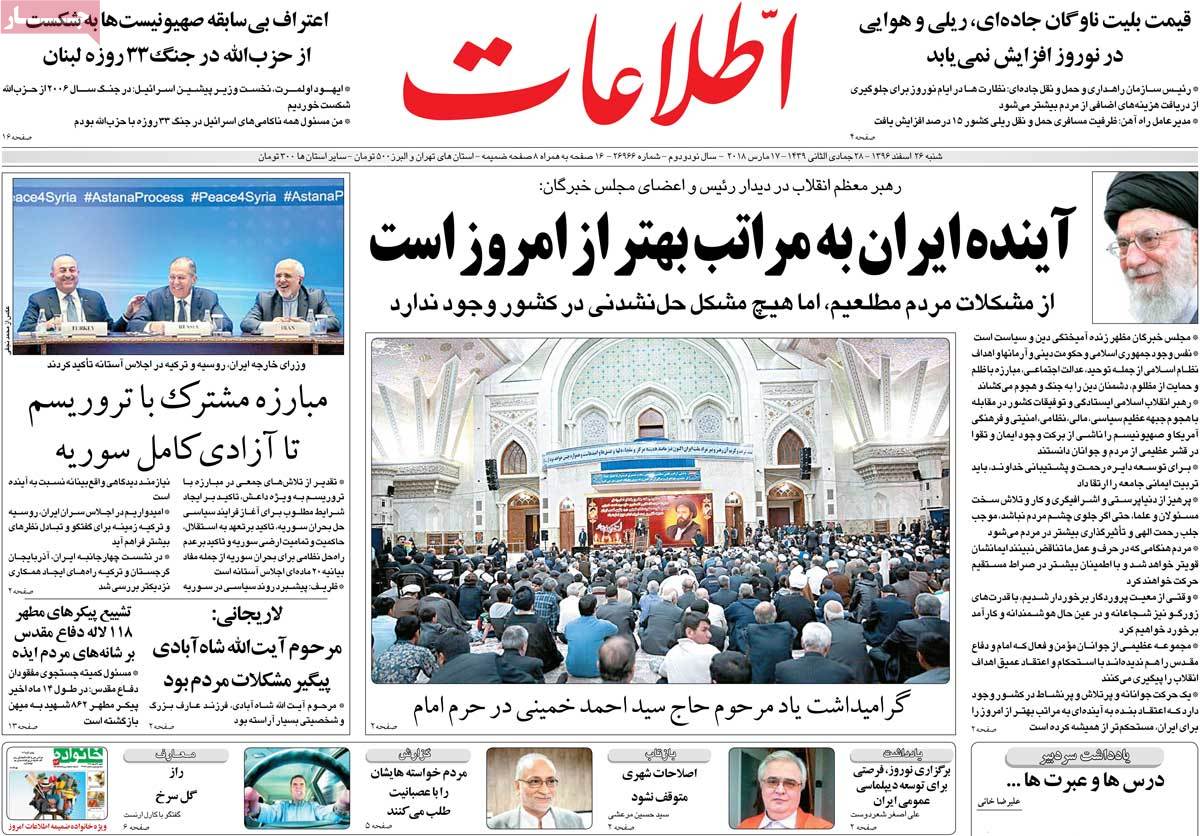 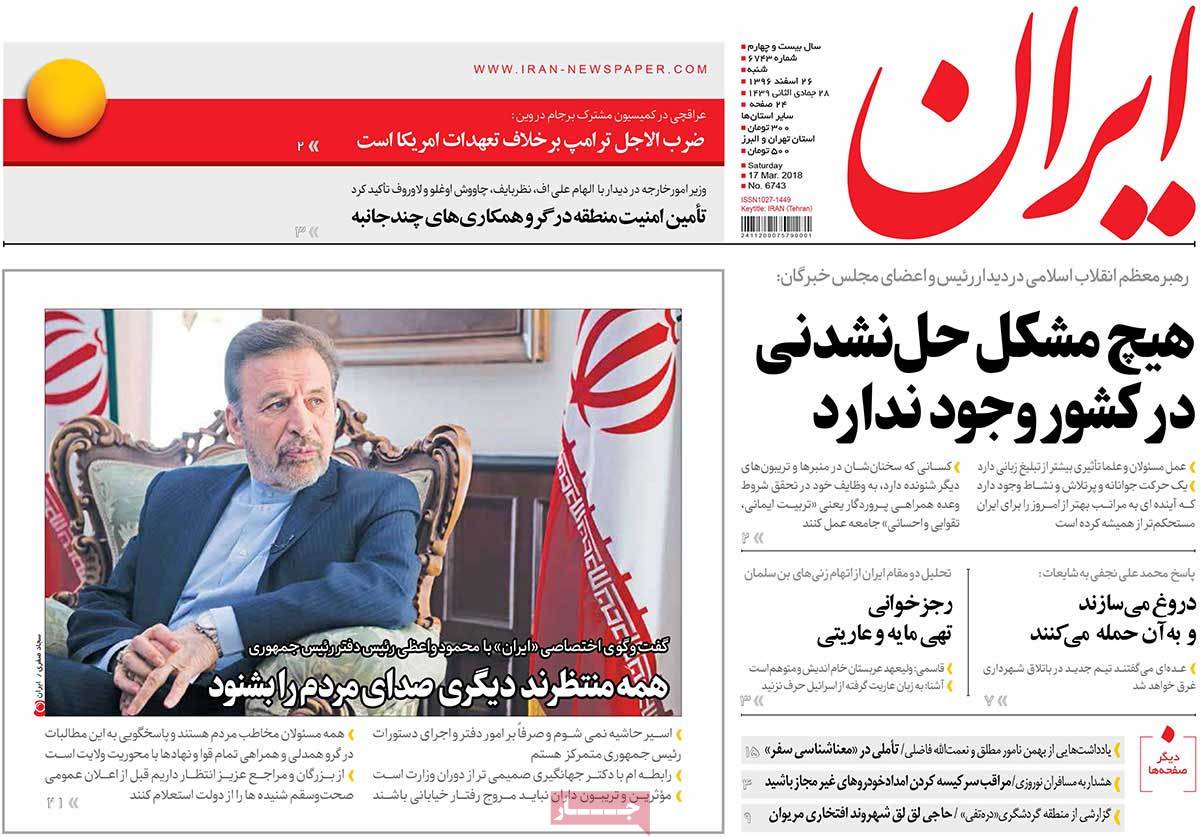 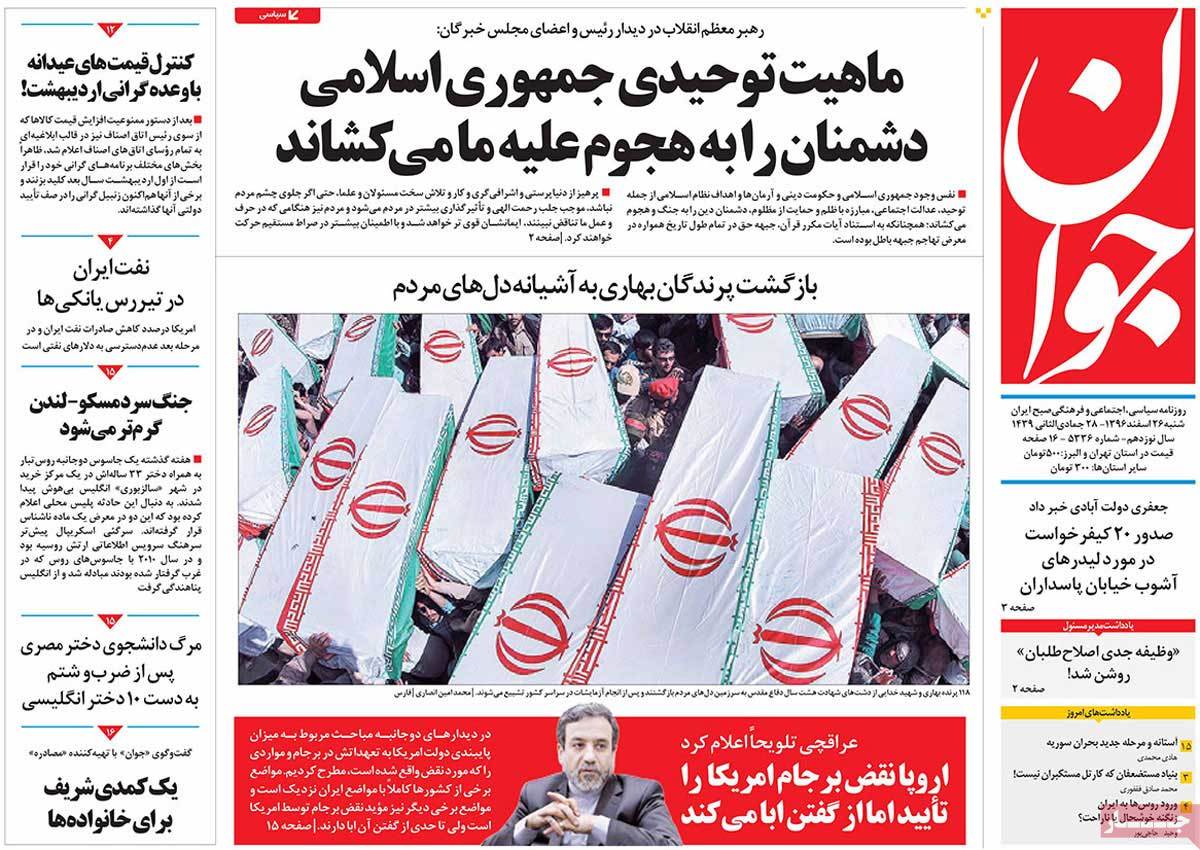 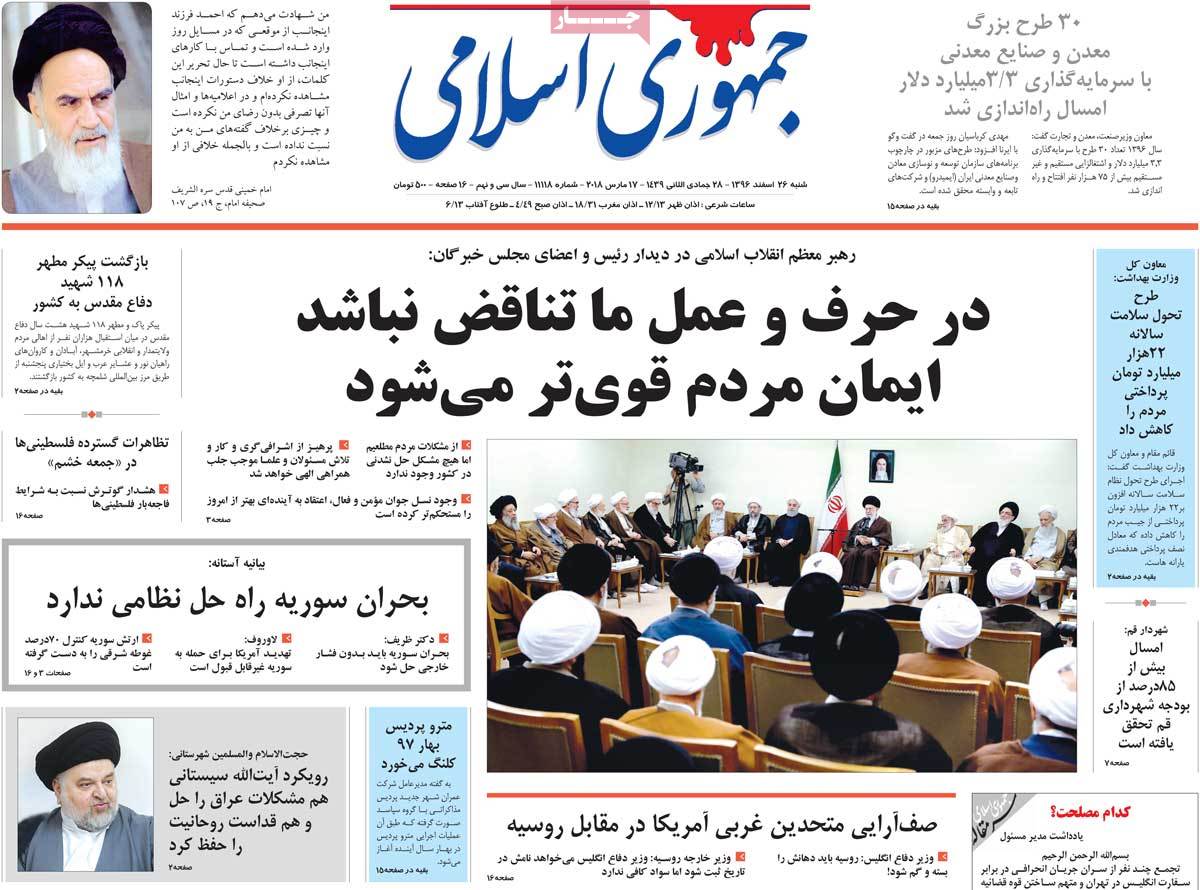 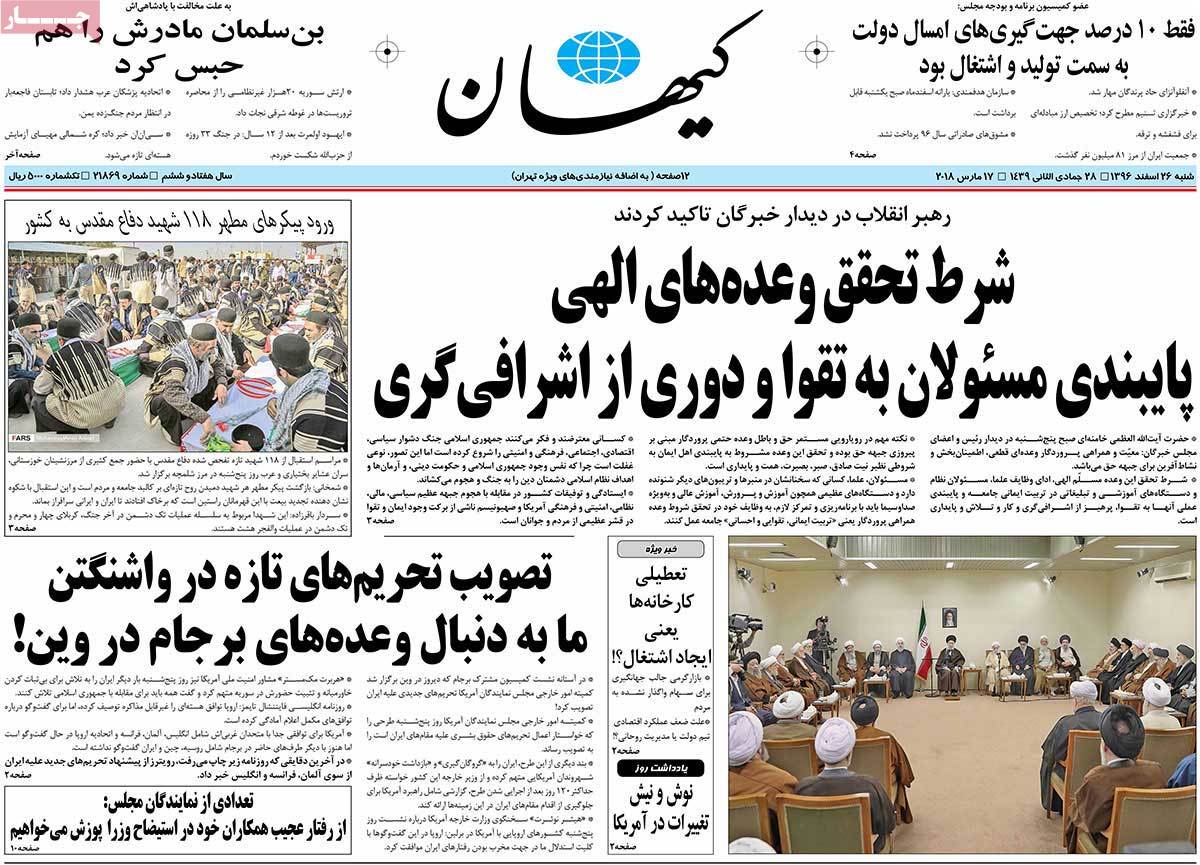 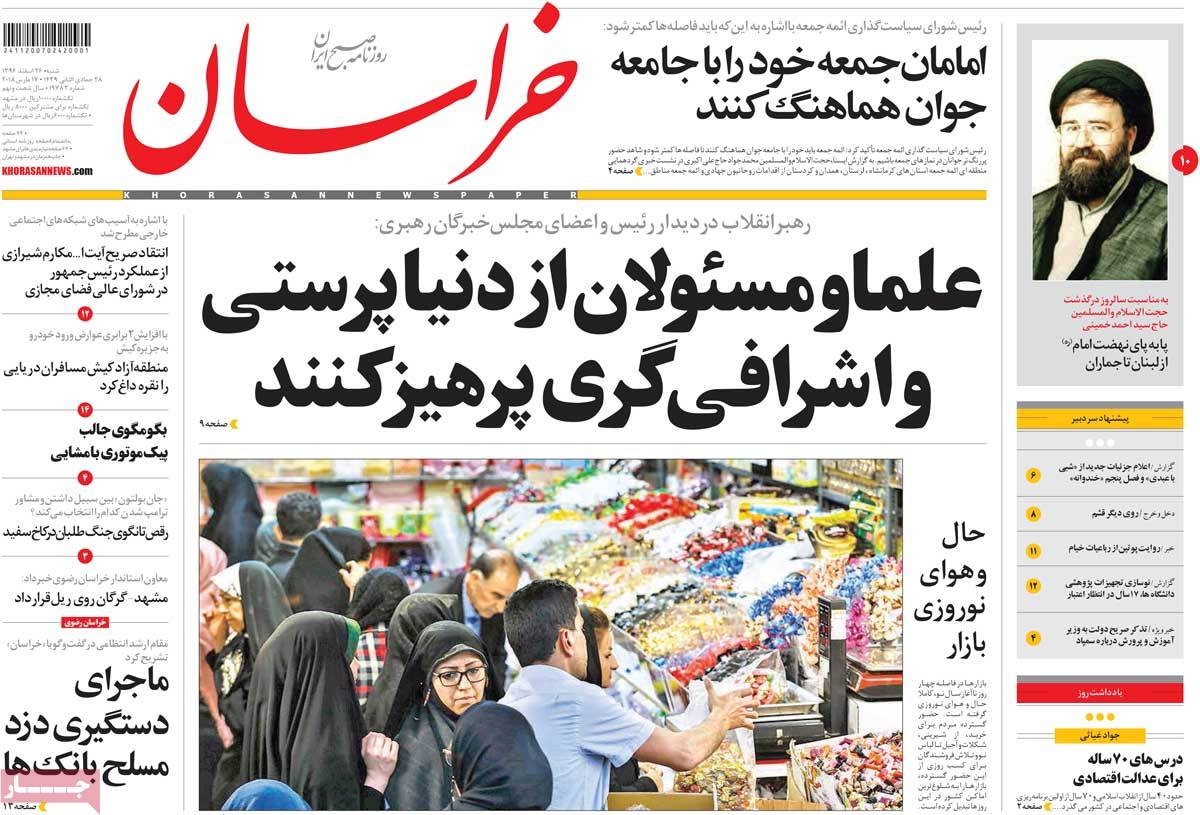 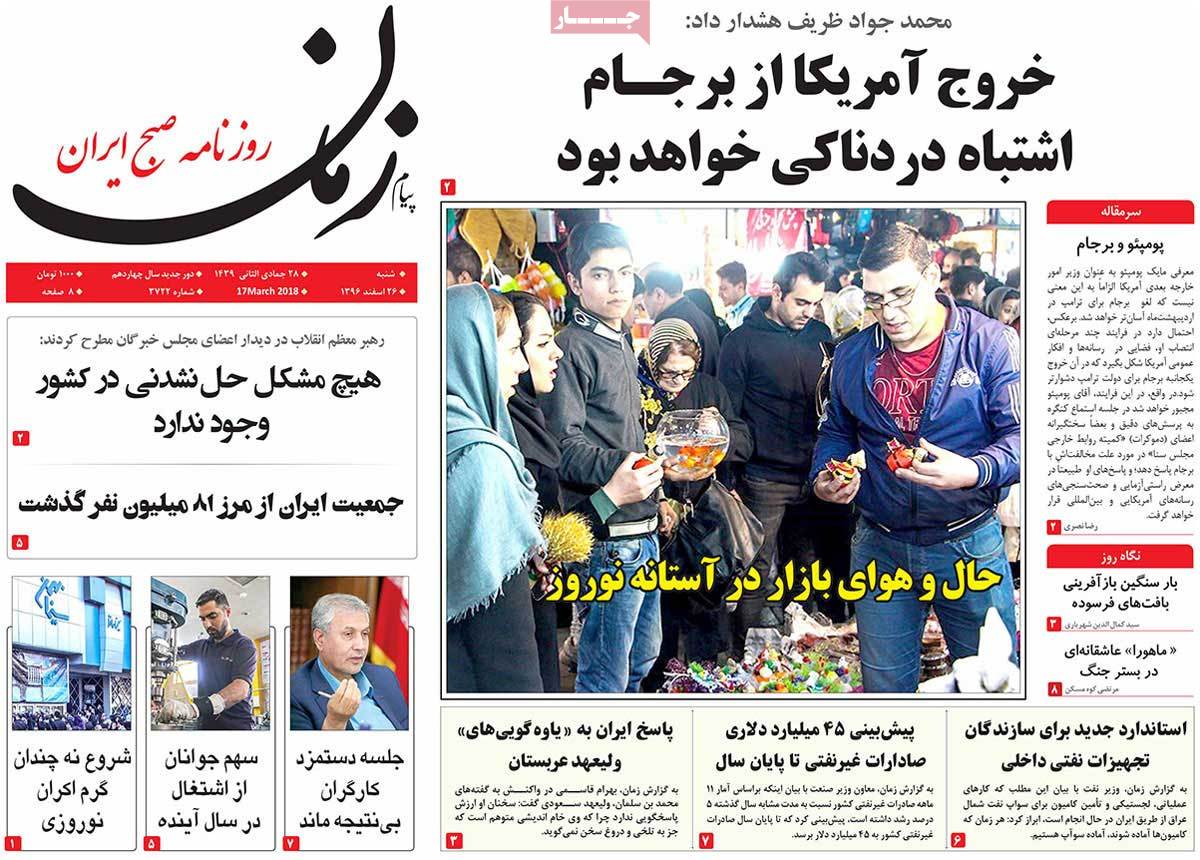 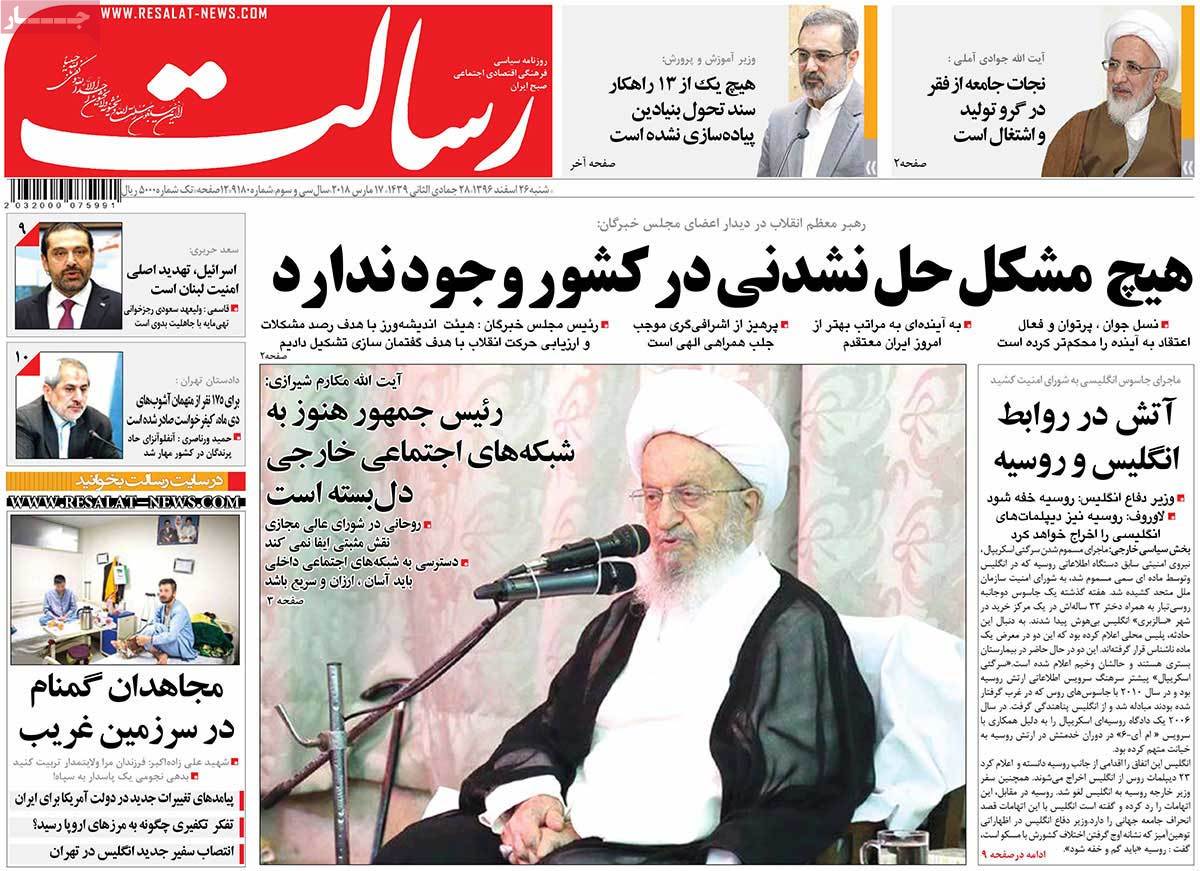 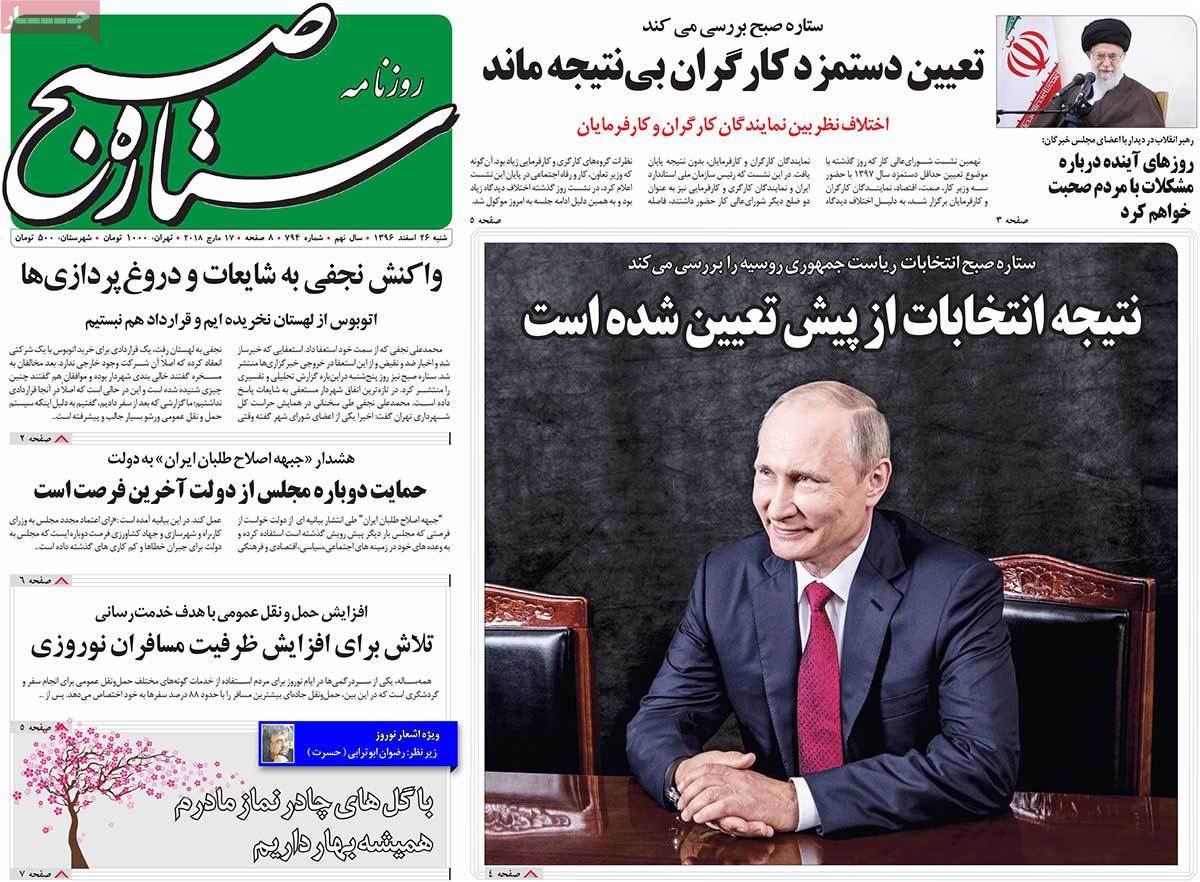 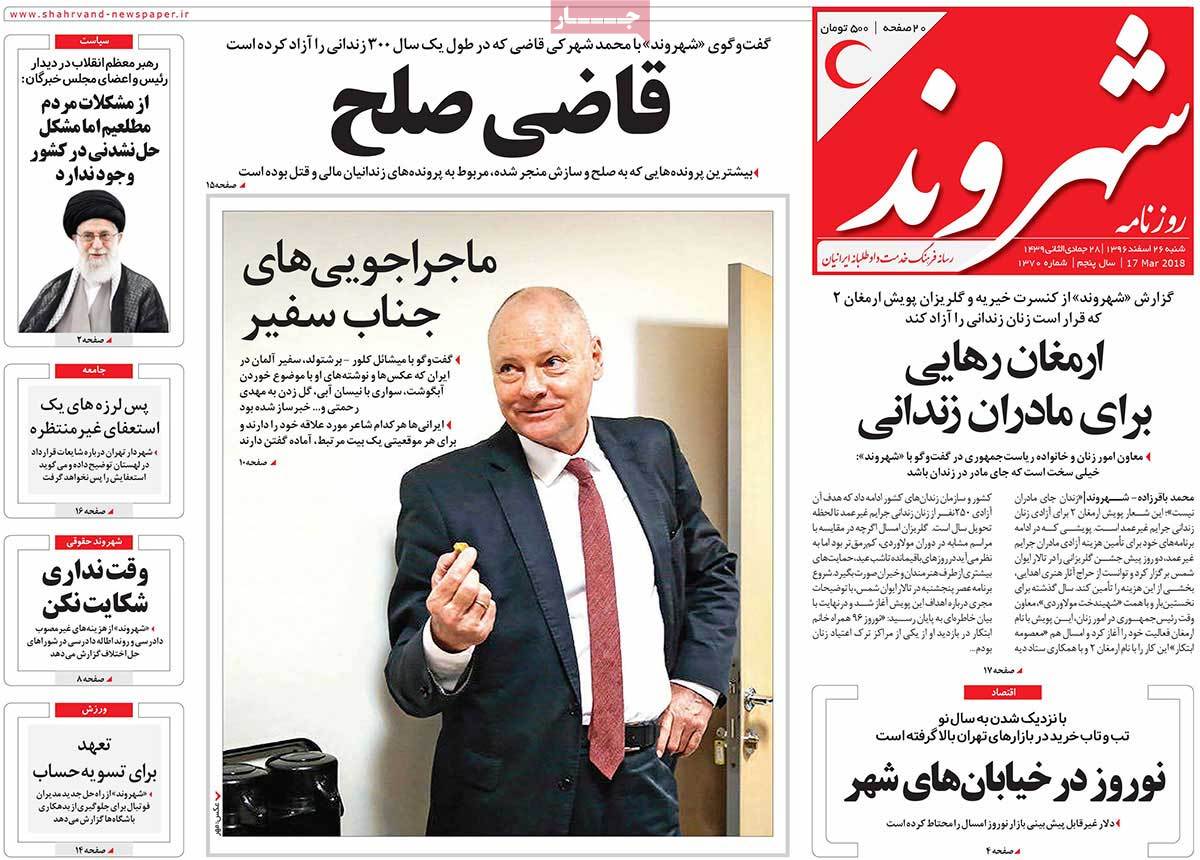 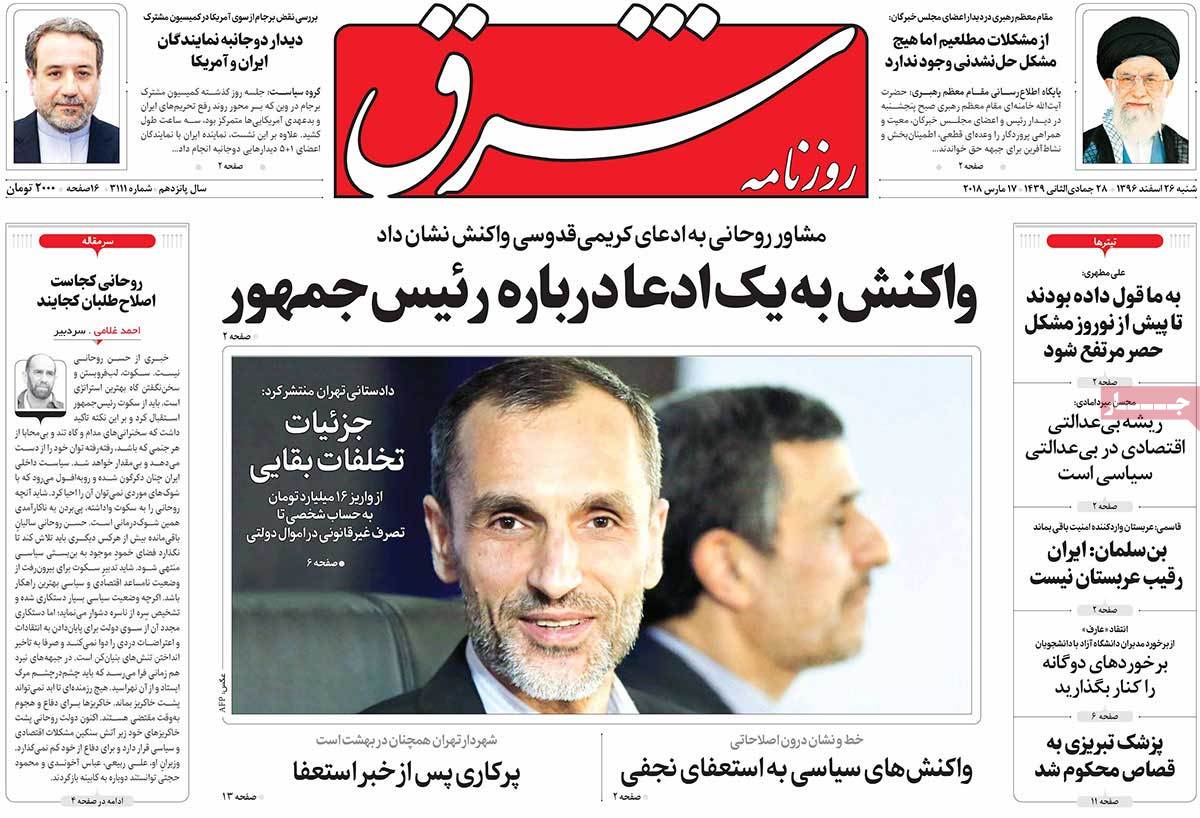 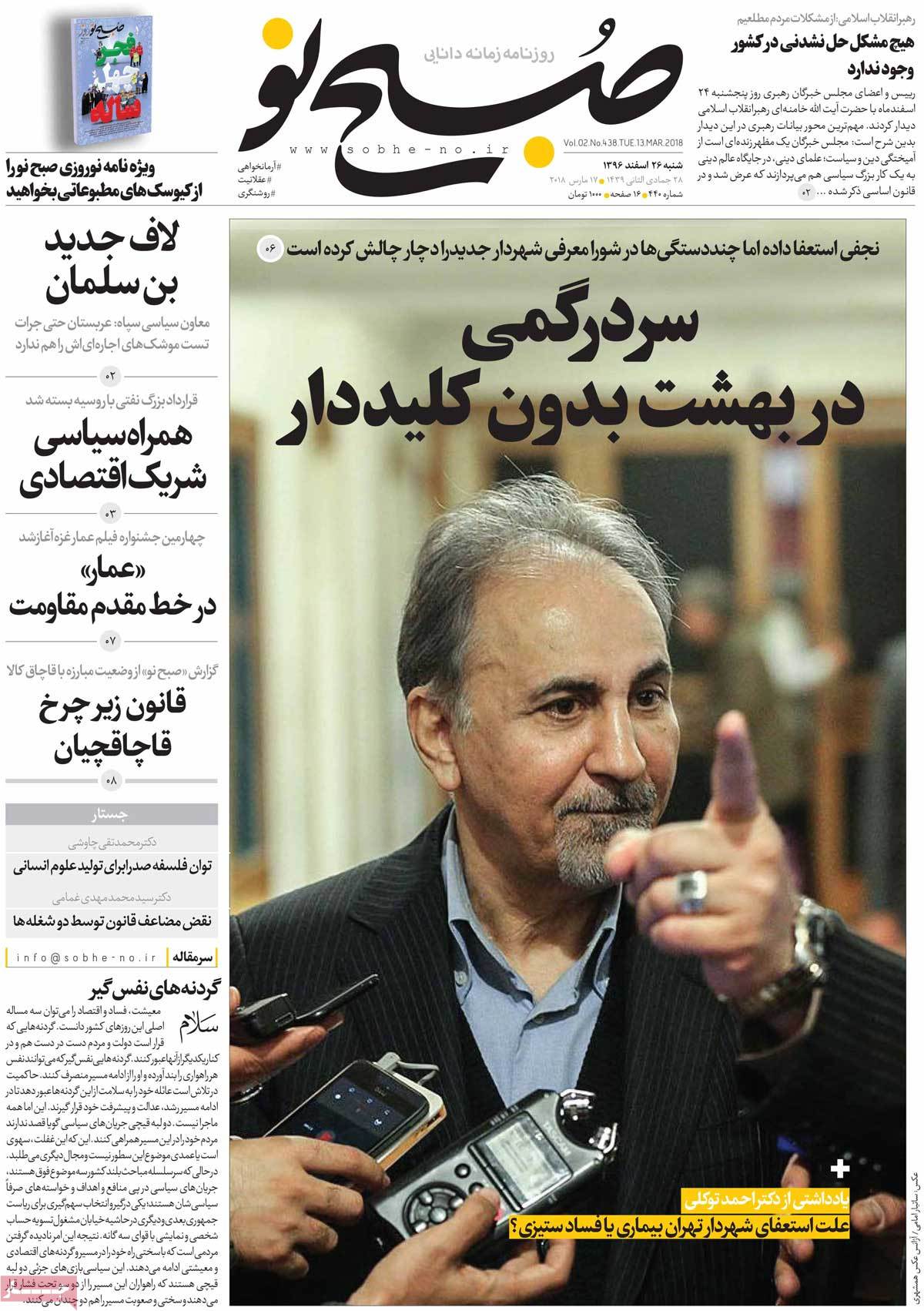 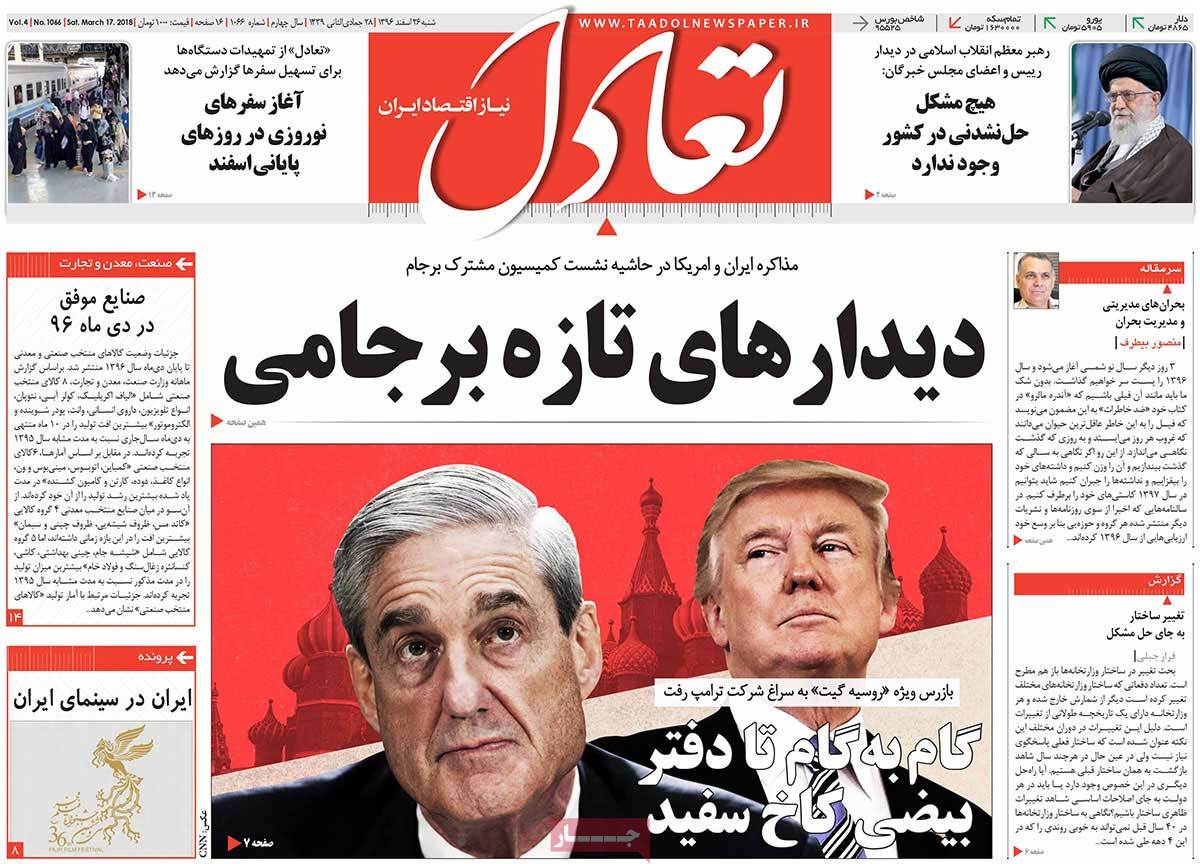 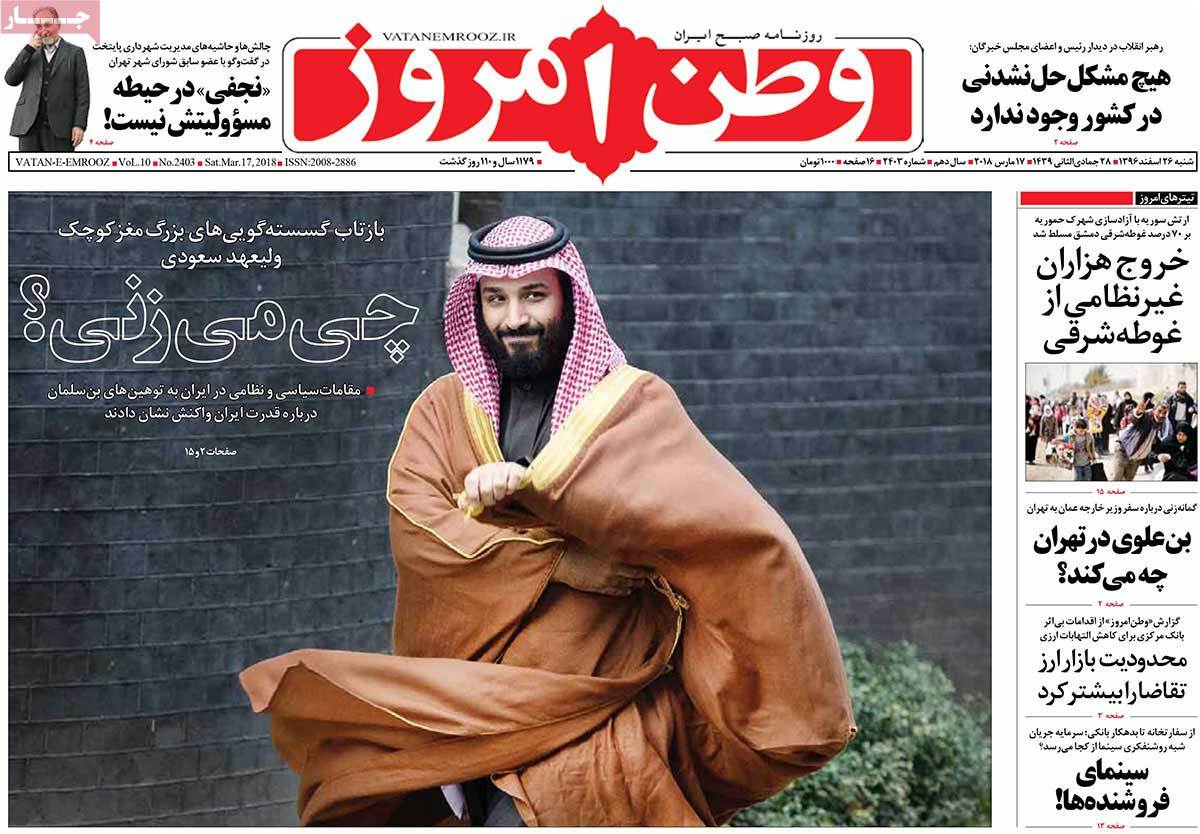