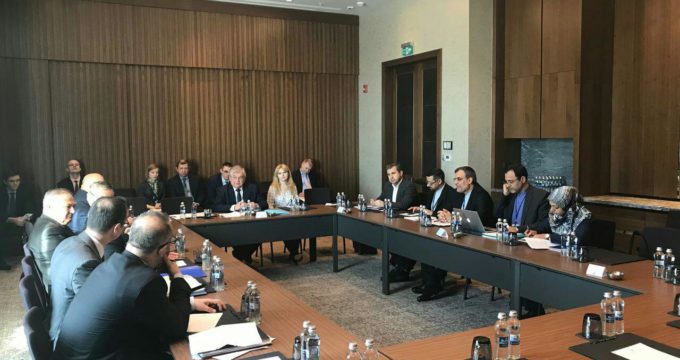 Top negotiators meet in Astana ahead of Friday Syria talks

IRNA – The preliminary meeting of the three guarantors of ceasefire in Syria, attended by Iranian, Russian and Turkish top negotiators, was launched in Kazakhstan on Thursday.

Iran’s Foreign Minister Mohammad Javad Zarif will discuss with his Russian and Turkish counterparts outcomes and achievements of eight rounds of the Astana peace talks on Syria.