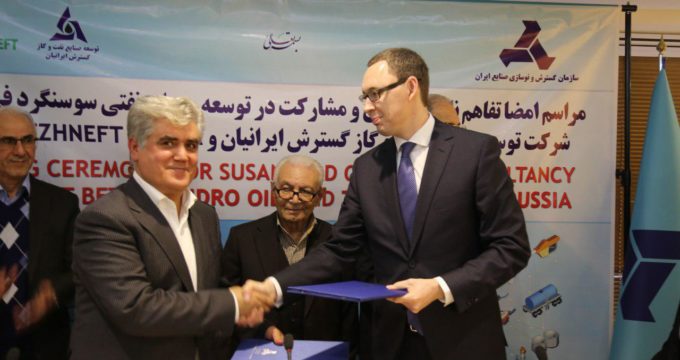 The agreements will see Zarubezhneft exploit the Aban and Western Paydar oil fields in a consortium with Dana Energy, an private sector Iranian oil services company.

While Zarubezhneft has yet to officially provide comment on the reports, a signing ceremony is expected to take place in Tehran. Bourse & Bazaar has verified that the deal is near completion with Iranian sources close to the matter. The value of the deals is expected to be around USD 400 million.

Earlier this month, Russian Energy Minister Alexander Novak had announced that such a deal was imminent.

The Aban and Western Paydar deals had been long-anticipated, with the initial memorandums allowing Zarubezhneft’s study of the fields signed in 2016. Both projects lie close to Iran’s border with Iraq.

The Russian energy giant is evaluating four further fields: the Sepec, Jofeir and Darkhuain oil fields, as well as gas reserves in Kish.

Iranian oil Minister Bijan Zanganeh had expressed confidence that Iran would see further investment commitments in the oil sector prior to the Iranian new year, which begins next week. Zarubezhneft’s move will be closely watched as Iran’s oil and gas sector seeks to navigate considerably uncertainty, including political uncertainty around the Iran nuclear deal.

It is unclear how Zarubezhneft’s investment would be affected by possible snapback of U.S. secondary sanctions. But it is notable that it is a Russian state-owned enterprise is making this move in the uncertain environment.

This is the second major energy deal signed in Iran since the lifting of international sanctions and follows Total’s landmark USD 5 billion deal to develop Iran’s South Pars gas field in cooperation with China National Petroleum Company and Iranian firm Petropars. That deal was signed in July 2017.