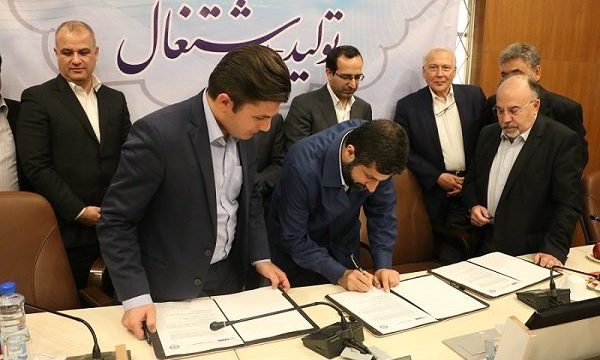 MNA – A Memorandum of Understanding (MoU) was signed in the field of petrochemical investment between Khuzestan province’s Governor-Generalship and Turkish GAMA Company in Izeh sub-province on Monday.

Representative and senior advisor of Turkish GAMA Holding Company Dondarf Koncal in the signing ceremony expressed his willingness to invest in Khuzestan province, saying that the company started its activities in Iran 18 months ago when it was seeking to invest in a lucrative economic project.

He termed Izeh petrochemical industry as a major and profitable project and said, “it is hoped that the company would succeed in implementing the project in due date.”

For his part, Khuzestan Province Governor General Gholamreza Shariati assured the Turkish representative of deposit guarantee and profitability of the project, saying that license for establishing petrochemical company in Izeh has been issued and it is waiting for the approval of Council of Economy.

He placed special emphasis on accelerating completion of construction operation of infrastructural projects in this city and reiterated, “with the coordination made in this regard, construction of water-supply project (for drinking and agricultural purposes) will start in this area, costing over $406 million, within the framework of finance scheme.”

Elsewhere in his remarks, Shariati termed completion of construction operation of Ahvaz-Lordegan-Isfahan Freeway as “important” for the development of this sub-province and added, “in this regard, talks are underway with a Chinese Investment Company in order to finance the project.”

Shariati put the investment volume needed for the construction of Izeh Petrochemical Company at $1,200 million which will be funded by a German-Turkish Company.

In conclusion, provincial governor general said, “once this giant project is launched, it is predicted that new employment opportunities will be generated for 3,000 people directly and 7,000 indirectly.”