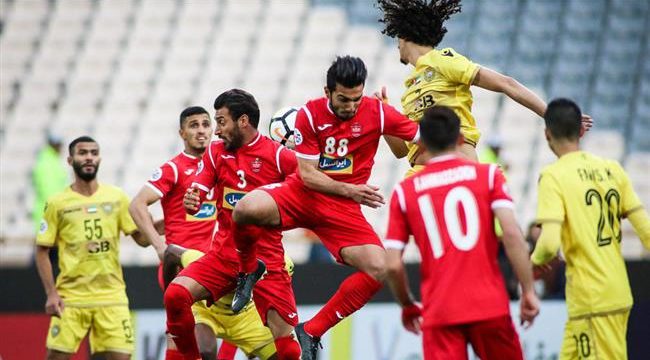 Press TV- Iran’s Persian Gulf Pro League professional soccer club Persepolis has defeated Al Wasl Football Club of the United Arab Emirates (UAE) in the group stage of the 2018 Asian Football Confederation (AFC) Champions League, and further paved its way to advance to the next level of the tournament.

The red-clad Iranian soccer players edged past the Emirati side 1-0 at the end of a Group C fixture played at the multi-purpose Zabeel Stadium in Dubai on Tuesday evening.

Persepolis 29-year-old midfielder Kamaleddin Kamyabinia buried the ball in the back of the hosts’ net in the 37th minute, and sealed the visitors’ win.

The Iranian footballers had the chance to win more goals, but they simply squandered the opportunities.

Persepolis midfielder Farshad Ahmadzadeh was selected as Man of the Match.

“We are so happy since we have defeated a strong team. We have nine points now but we want to advance to the knockout stage as the table topper,” Persepolis coach Branko Ivankovic said in the post-match news conference.

In another match of the day, Iran’s Tractor Sazi Tabriz drew 1-1 at home with Al Jazira of the UAE in their 2018 AFC Champions League Group A fixture at the Yadegar Imam stadium in the northwestern Iranian city of Tabriz.

Tractor started the match brightly and had a number of opportunities to go ahead in the first half, but Al Jazira’s goalkeeper Ali Khaseif delivered great skills and denied the hosts a goal.

Even though Tractor had clear domination, it was Al Jazira that opened the scoring in the 44th minute.

Brazilian striker Romário Ricardo Silva, commonly known as Romarinho, picked up an aerial pass from defender Musallam Fayez and hit the back of the net.

After the interval, Tractor players sought to level the scoring. But Khaseif’s continued brightness and the hosts’ poor finishing denied the chance.

Ehsan Pahlevan, in particular, had a marvelous opportunity after going one-on-one with the Emirati goalkeeper, but skewed his shot just wide of the right post.

Tractor footallers’ perseverance finally paid off in the 78th minute, when Farzad Hatami headed in Pahlevan’s cross to equalize.