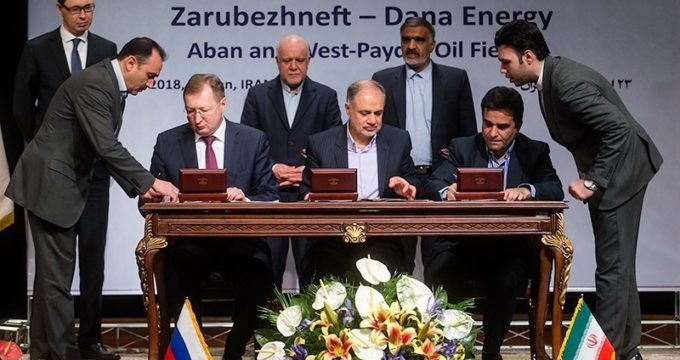 AP — Iran’s state-run oil company has signed a $740 million agreement with a Russian-Iranian consortium to develop two oil fields near the Iraqi border.

Under the agreement signed Wednesday, there will be a 48,000-barrel daily production of crude for a 10-year span in oil fields in Aban and West Paidar in the southwest near the border with Iraq. Iran currently produces 36,000 barrels of crude in both fields.

This is the second energy contract with foreign companies following the landmark 2015 nuclear deal with world powers.

Copyright 2018 The Associated Press. All rights reserved. This material may not be published, broadcast, rewritten or redistributed.