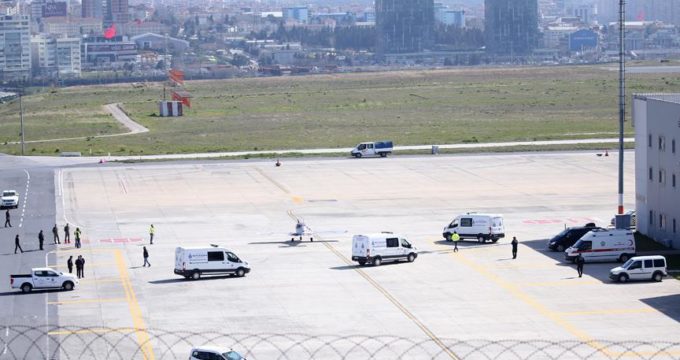 Bodies of Iran jet crash victims brought back to Turkey

Anadolu Agency– Bodies of the 10 victims of the private Turkish passenger jet that crashed in southwestern Iran Sunday were returned to Istanbul Wednesday afternoon.

The bodies were taken from the airport to the Istanbul Institution of Forensic Medicine in the Yenibosna district for autopsies and identification.

The families of the victims also returned to Istanbul Wednesday morning, following the funeral ceremonies.

The funeral of the pilot, the 11th victim, continues in Iran.

The Iranian Students News Agency ISNA reported Monday that the Istanbul-bound plane had taken off from Sharjah, United Arab Emirates, and crashed in Kiyar district of Chaharmahal and Bakhtiari Province.

Among the 11 victims were eight passengers and three crew members.

The plane belonged to Huseyin Basaran, owner of Basaran Holding — one of Turkey’s prominent companies involved in energy, food and tourism, finance and construction sectors.

Khaledi confirmed the plane had hit a mountain, adding that DNA tests would be needed to identify the bodies.

In a statement on late Sunday, Turkish Ministry of Transport, Maritime Affairs, and Communications had said a team from Turkey would go to the crash site in Iran.

The ministry had identified the plane as a Canadair CL604, tail number TC-TRB. It also said the aircraft crashed shortly after making a call about an unspecified “technical failure”.

The plane vanished from radar at around 1440GMT Sunday after it took off at 1330GMT, according to the Turkish ministry.