What remains of Chaharshanbe Suri, eve of last Wed. before Nowruz

MNA – ‘Chaharshanbe Suri’, observed on the eve of the last Wed. before Iranian New Year, is a ‘festival of fire’ from ancient times, which is now barely recognizable from its original from in the hustle and bustle of metropolis Tehran.

The concept is indeed intriguing: The eve of the last Wednesday (so technically, Tuesday evening) before the turn of the year, called in Persian ‘Chaharshanbe Suri’, which literally means ‘Wednesday Festivity’. Some argue that ‘suri’ also means ‘red’, hence the variant translation ‘Red Wednesday’, with red possibly referring to ‘fire’.

Either way, ‘Chaharshanbe Suri’ is a (barely) surviving tradition from old times. The popular opinion is that the ritual has its roots in ancient Zoroastrian traditions, where fire is sacred and considered to be the visible presence of Ahura Mazda.

‘Fire’, therefore, is the defining element of Chaharshanbe Suri, and the practice mainly involves setting up bonfires in the streets and jumping over them. There is a nice song that goes along with it: ‘My sickly yellow paleness is yours; your fiery red color is mine.’ It is like a mantra you say as you make each jump, in a symbolic move to exchange all the dust and soot you have collected over the year with the liveliness and splendor of the burning fire. 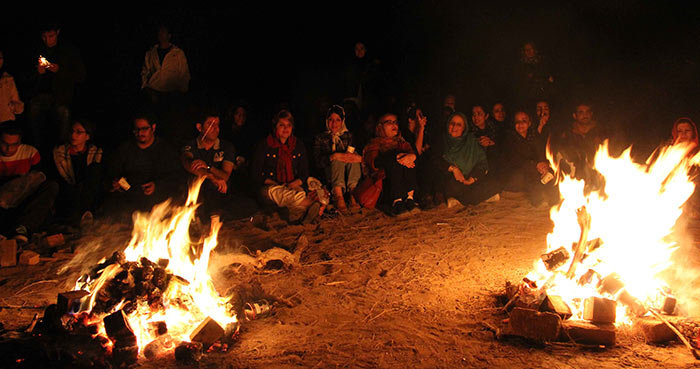 The ‘festival of fire’ heralds the coming of spring, the Persian New Year, the new beginnings, and has for centuries served as an occasion to join family members, friends and everyone you care about in a time of festivity and fun.

I could tell you about all the many different traditions that are part of this special festivity, such as Ghashogh-Zani (Spoon-banging), the Persian equivalent of trick-or-treating if you will, where young people go door-to-door while banging a spoon against a bowl to receive ajil (trail mix), or Kuze-Shekani (Urn-Breaking), in which people throw an urn filled with coals and worthless coins down the roof to drive away misfortunes, or Falgush-Neshini (Eavesdropping), where girls hide behind a wall and listen to the conversations of passersby to see if their wishes would come true; but the truth is, there is barely any of those interesting traditions left now, especially in bigger cities that have transitioned into modern life. Sadly, many people are not even aware of these customs, and the only place to learn about them is in books or online sources. 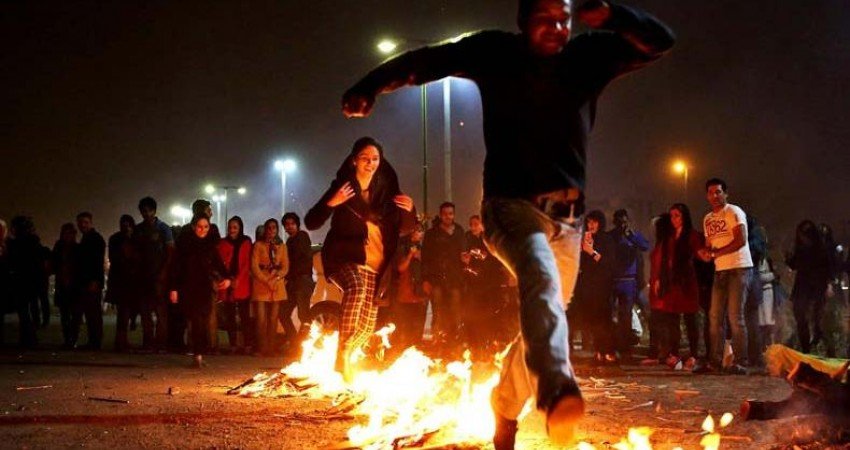 Perhaps, the most persisting of the Charshanbe Suri traditions is the jumping over bonfires (which may remind you of Guy Fawkes Night, perhaps), where people from a neighborhood gather around a bonfire on the street to talk, connect, sing and have a good time. But in the bustle of the metropolis, the festivity has been over the years transforming, or some would say, deforming from jumping over bonfires into a night of setting off firecrackers. Loud, and scary and sometimes dangerous, too. As if jumping over the fire is no longer enough to purify your psyche of all the misfortunes and bad memories typical of modern life, now you need firecrackers to ward off evil spirits (or an unsuspecting passerby) by making loud explosion noises. 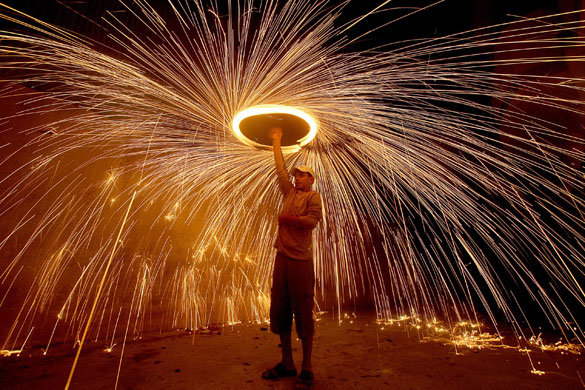 Traditions, especially those going as far back as to the ancient times, are having a hard time surviving among all the glitter and sparkle, as well as the dust and pollution, of modern life. You have a better chance of catching local people on the streets, singing traditional songs and observing centuries-old customs in smaller cities, rural areas, where the air is cleaner, the sky is clear, and time seems to move even slower, sometimes even standing still.