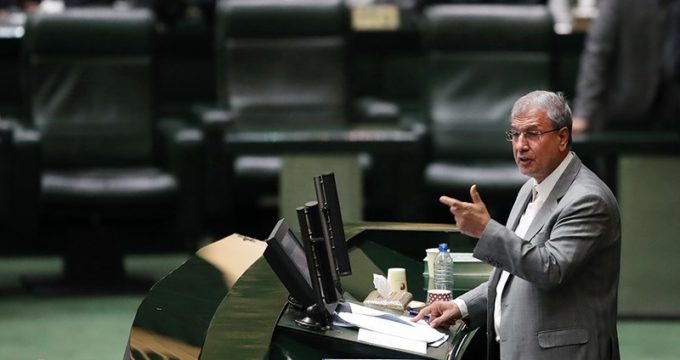 MNA – Ali Rabiei is the first minister of Rouhani’s second-term cabinet that was impeached by parliament today, seven months after he took over the Ministry of Cooperatives, Labor and Social Welfare.

The Parliament convened Tuesday morning with 223 lawmakers to impeach Minister of Cooperatives, Labor and Social Welfare, Ali Rabiei, over his poor performance regarding the social welfare of workers, the country’s pension funds, the transport system, inadequate supervision over the air and train fleet that has caused death of a large number of passengers, failure to implement the proposed plans to revamp the public transport system and lack of accountability to the public.

24 lawmakers signed a petition to bring impeachment charges against the minister.

The call for the impeachment came to a head after an Iranian domestic passenger flight from Tehran to Yasuj operated by Iran Aseman Airlines crashed into Mount Dena on 18 February, which led to the death of all 65 on board. The Ministry of Cooperatives, Labor and Social Welfare is in charge of the country’s aviation system.

The Sanchi oil tanker incident which claimed the lives of all 32 people on board was also tied to the performance of Rabiei’s ministry, as the tanker was operated by the National Iranian Tanker Company, belonging to the Ministry of Cooperatives, Labor and Social Welfare.

Speaking in his defense, Ali Rabiei said a major part of charges brought against him were in fact related to departments and organizations affiliated with the ministry.

He also said that the ministry under his charge is tasked with implementing policies on eradication of poverty – a plan that needs 20 years to come to fruition.

He then addressed the criticism over his performance regarding the series of public protests in various cities throughout Iran in December 2017 mainly focused on the economic policies of the government. He stressed that his ministry deals with “the most sensitive security-related issues”, noting that the majority of protesters had jobs. “The recent unrest was a warning sign that not all problems were limited to the unemployment issue,” he said.

President Hassan Rouhani said during a cabinet session on Sunday that the impeachment of his ministers was the lawmakers’ “right”, adding that impeachment was an opportunity for the ministers to explain the services of the government.