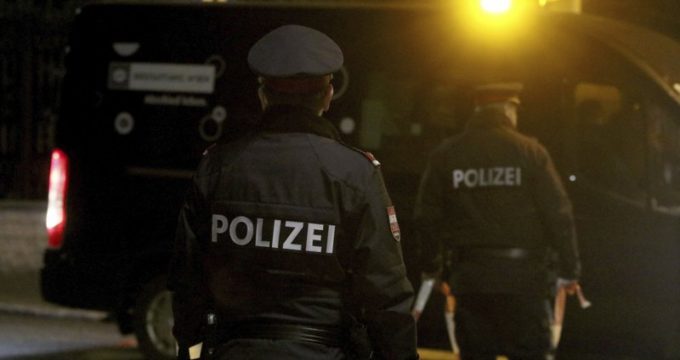 Attacker killed near Iranian envoy’s home in Vienna was of Egyptian origin: Police

Press TV- Austrian police say the knife attacker who was killed outside the residence of Iran’s ambassador to Vienna was of Egyptian origin.

Earlier on Sunday night, police said a 26-year-old Austrian was shot dead outside the Iranian ambassador’s residence in Vienna’s Hietzing district after he attacked a security guard as he tried to get past a security guard and enter the building.

It said in a Monday statement that the knife-wielding man had family roots in Egypt.

Austrian police spokesman Harald Soeros said during the attack, the two men wrestled on the ground and the attacker stabbed the guard “countless times>”

He said the assailant “died on the spot” after the guard shot him four times.

Austrian Vice Chancellor Heinz-Christian Strache said the soldier had fired “in legitimate self-defense” and had acted “in an appropriate manner, saving his own life.”

Police searched the attacker’s Vienna home to try and understand what was behind the attack, with Soeros saying they had “not ruled out, nor confirmed” any terrorist motivation.

Iranian Foreign Ministry spokesman Bahram Qassemi said on Monday that the attacker “possesses Austrian nationality, and there’s no information on his “motivation for the act.”

Qassemi added that Iranian authorities in Tehran and Vienna remain in contact with Austrian officials for more details on the incident.

The attack came several hours after Iranian Ambassador to London Hamid Baeidinejad announced that he had been threatened with death by a member of an extremist religious group, which recently carried out an attack on the Islamic Republic’s embassy in London.

A senior Iranian official says the attack on the Islamic Republic’s embassy in London was aimed at appeasing Saudi Arabia.

According to the Islamic Republic News Agency, IRNA, British police did nothing to protect the compound during the attack.

Iran on Saturday summoned the British ambassador to Tehran over the attack on its diplomatic mission in London.

Secretary of Iran’s Supreme National Security Council (SNSC) Ali Shamkhani said on Monday that the attack was a “very disgraceful” bonus by the British government to sweeten a multi-billion dollar arms deal with Saudi Arabia.